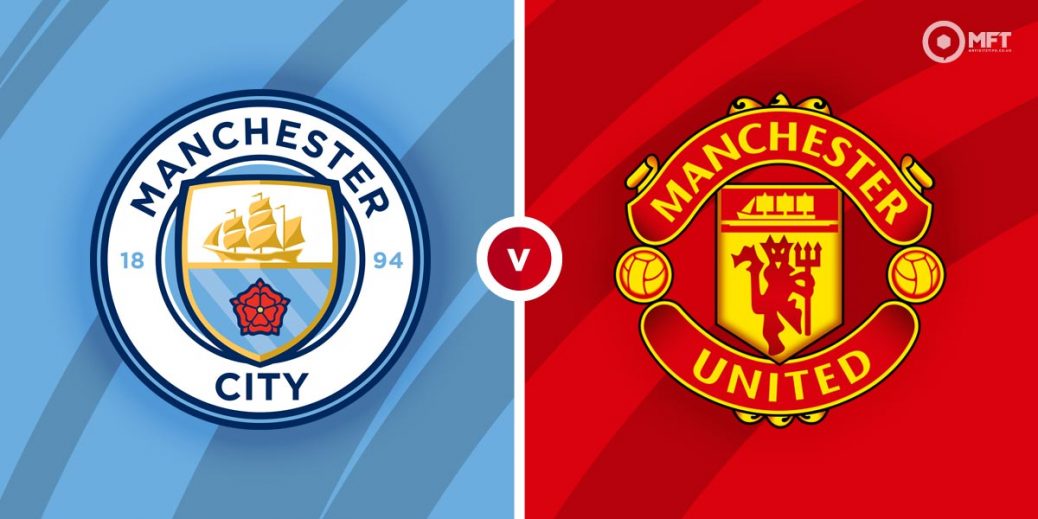 MAN CITY face fierce rivals Man United at the Etihad on Sunday afternoon in what promises to be an intriguing Manchester derby.

The Citizens are in total control of the Premier League title race after winning each of their last 21 matches in all competitions.

Pep Guardiola's star-studded side extended their stunning winning sequence when swatting aside Wolves 4-1 at their Manchester base in midweek.

That result also stretched Man City's unbeaten run to a club record-equalling 28 matches and they could break more records when their cross-town enemies enter the Etihad on Sunday.

Manchester United are City's nearest rivals in the Premier league table but the Red Devils head into this dust-up a gigantic 14 points behind the sky blue juggernaut.

Last time out Ole Gunnar Solskjaer's side fell further behind their noisy neighbours when playing out a drab 0-0 draw at Crystal Palace, United's third goalless draw in the space of six days.

Man City have won their last 15 Premier League matches and the hosts red-hot favourites here at 4/7 with TonyBet.

Man United are in the midst of a 21 match unbeaten run away from home in the Premier League but the bookies odds suggest that streak is about to be snapped with the Old Trafford outfit big outsiders here at 11/2 (BetVictor) and the stalemate pays 10/3 (Bet 365).

Ole Gunnar Solskjaer has demonstrated on several occasions that he has a knack for formulating a plan to thwart the heavyweights of the division but there appears to be no stopping Man City at present.

However, there is little value in siding with yet another City success at the aforementioned odds, so instead I'll head to the Bet Builder market to get a bigger price.

If we combine Man City to win and over zero Man United cards we will be presented with a backable 4/5 punt with Bet 365.

As already alluded to, Man City have been in imperious form of late, winning 21 straight games in all competitions, and 15 on the trot in the English top-flight.

However, when digging a bit deeper it can be seen that the above-mentioned Bet Builder has banked in 14/15 of those City league wins and I'm more than happy to support the same formula in this all-Manchester mega match on Sunday.

City made light work of Man United at Old Trafford in the League Cup back in January and whilst this derby should be closer than the odds suggest, I suspect City will ultimately take another huge stride towards what would be a third league crown in the last four seasons.

In order to nudge the Bet Builder up to 4/5 (Bet 365) I'll throw in at least one Man United card – the Red Devils are averaging 1.52 cards per game this season and they have collected at least one caution in each of their seven meetings with “traditional top-six” opponents this term.

One player who looks overpriced for a card here is Manchester United left-back Luke Shaw who's a tempting 4/1 with Bet 365 to have his name taken.

The Red Devils defender has started 27 matches across all competitions this season, picking up eight cards in the process, and he looks like a nice value bet at 4/1 with Bet 365 to be booked again on Sunday.