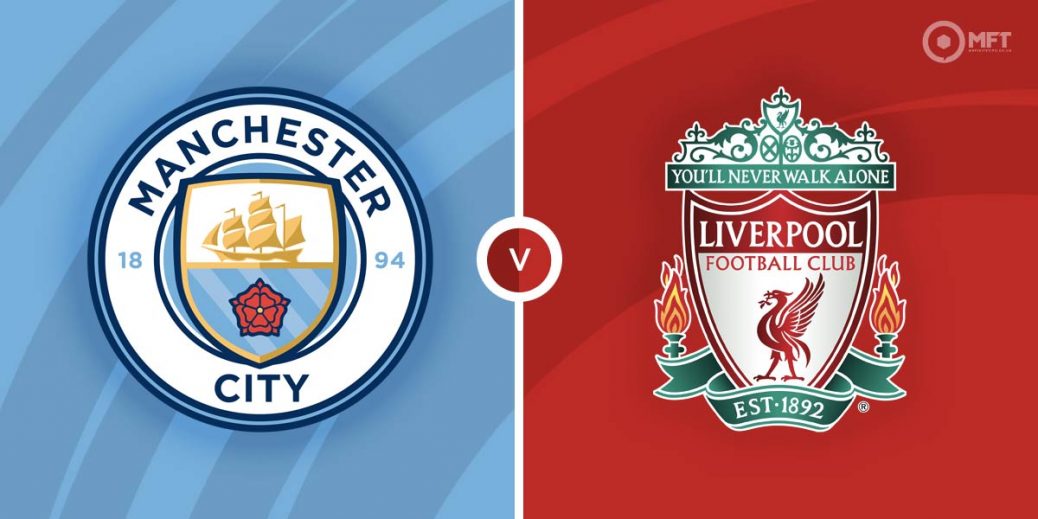 MANCHESTER CITY and Liverpool have dominated the Premier League for the last five years and this titanic tussle at the Etihad could be the game that decides the destination of this season's crown.

It looked like being a title procession early in the season for City as a stunning 12-game winning run saw them open up a 14-point lead over the Reds at the summit in January.

But the champions men have slipped up a few times since then and the response from Liverpool has been emphatic, with Jurgen Klopp's men reeling off 10 successive victories in the league to cut the gap to a single point.

Another triumph at the Etihad would return Liverpool to the top but Pep Guardiola's side won't give up their crown without a fight and we could see a repeat of the thrilling climax to the 2018/19 season that went right down to the final day.

Both teams have warmed up for this crunch game in identical fashion, winning 2-0 against relegation candidates in the Premier League last weekend before racking up midweek victories in their Champions League quarter-finals.

Manchester City had the tougher Euro test, with all my tips coming up as Atletico Madrid parked the bus, while Liverpool eased to a 3-1 victory in Benfica.

But there's nothing to separate these teams in what promises to be a thrilling 90 minutes as the title race hurtles towards a tense conclusion.

Manchester City are the favourites with home advantage and their best price is 13/10 at Bet365. Liverpool are 11/5 with the same firm while the stalemate pays 13/5 at Coral.

Manchester City have held the edge in recent battles with Liverpool, losing just one of the last eight meetings. But four of those matches have ended in stalemates, including a 2-2 thriller when these teams faced off at Anfield earlier this season (below) and a 1-1 draw on their last trip to the Etihad.

Phil Foden made a big impact off the bench in midweek with his classy pass finding a gap in Atletico's blanket defence to set up the winner for Kevin De Bruyne. The winger has netted in the last two meetings with Liverpool and is 23/10 at Paddy Power for another goal here. McBookie also make him a tempting 7/2 for an assist.

Mo Salah has been going through a dry patch of late, going five games without scoring for club and country. That suggests the Liverpool talisman is due a goal and he's 7/4 with Paddy Power for anytime scorer which is a great price for someone with such a prolific record.

Games can often be tense when there's so much at stake but these sides usually serve up plenty of entertainment whenever they collide. BTTS has landed in six of the last seven meetings while over 2.5 goals has come up in five of those games.

That suggests we should see some goals here, with BTTS a best 6/10 at William Hill and over 2.5 goals paying 4/6 at SkyBet. That's not great value but over 1.5 first-half goals is better at 6/4 with Ladbrokes.

This fixture hasn't thrown up a lot of corners recently, with the last four seeing under 7.5 corners. It could bet to pay against a lot of them here, with under 9.5 corners paying evens at McBookie and the odds increasing to 8/5 for under 8.5 corners.

This English Premier League match between Manchester City and Liverpool will be played on Apr 10, 2022 and kick off at 16:30. Check below for our tipsters best Manchester City vs Liverpool prediction. You may also visit our dedicated betting previews section for the most up to date previews.