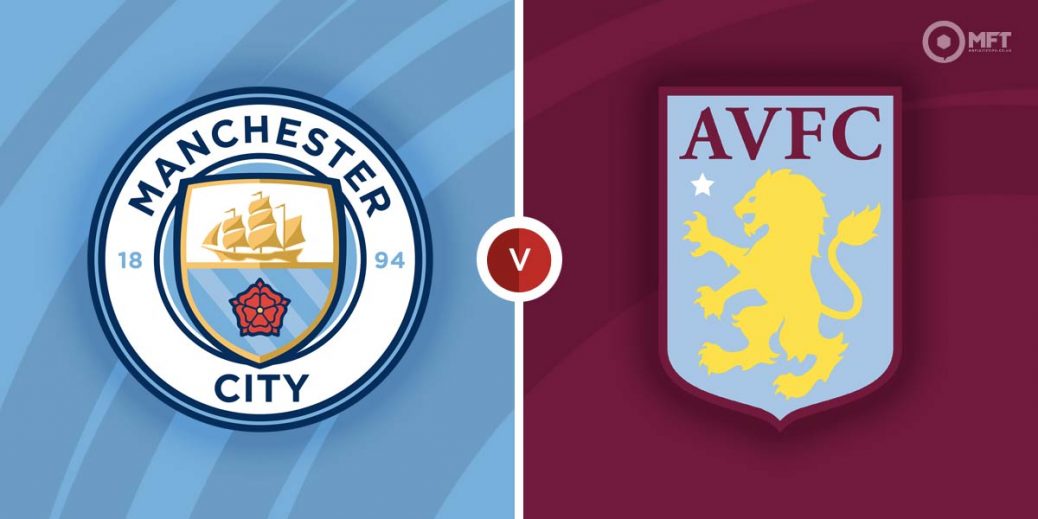 MANCHESTER CITY stand on the brink of another Premier League title and it would be a major surprise if they slipped up at home to Aston Villa so close to the finishing line.

By City's incredibly high standards, this season has been something of an anti-climax with Liverpool scooping both domestic cups and Real Madrid knocking them out in the Champions League semi-finals.

But Pep Guardiola's men still have the chance to end the campaign on the high by delivering a fourth title in the last five years and denying Liverpool an unprecedented Quadruple in the process.

It looked like the title might be decided on goal difference when Manchester City trailed West Ham 2-0 on Sunday but they fought back to salvage a point and stay in the driving seat.

A victory in their final game will now seal the deal but Aston Villa boss Steven Gerrard will be desperate to help old club Liverpool by wrecking the Etihad party.

Gerrard never won the Premier League as a player at Anfield but will cement his status as a Reds legend if Villa can take points off City here.

Aston Villa have been incredibly inconsistent since Gerrard replaced Dean Smith but they have some quality players and enough firepower to hurt the champions.

They drew 1-1 at home to struggling Burnley in midweek, in a game where both my top tips came up, but would have won had it not been for the heroics of keeper Nick Pope.

The bookies just can't see Manchester City blowing it and the best price for a home win is a tiny 2/11 at Coral. Aston Villa are a massive 24/1 at SBK for a shock victory and even the draw pays 77/10 at VBet.

Manchester City have won their last eight games against Aston Villa and are unbeaten in the last 12 meetings since a 3-2 loss nine years ago. It ended 2-1 to Guadiola's side in the Midlands earlier this season (below) and City won 2-0 when Villa came calling last term.

Kevin De Bruyne has probably been Manchester City's best player this season and Guardiola will be looking for one last bit of inspiration from the Belgian. He's 5/4 with Unibet to grab what could be a title-winning goal.

Gerrard isn't the only Liverpool old boy who will be looking to do them a favour at the Etihad. Philippe Coutinho has the class to punish a weakened City defence and he's 33/5 at SportingIndex for anytime scorer.

I cashed in by backing BTTS when Manchester City won at Wolves recently and Guardiola's defence looked a bit vulnerable again at West Ham.

So there should be plenty of goalmouth action in this clash, with both teams to score an appealing 39/29 at SBK and over 2.5 goals much shorter at 1/2 with William Hill. There's no value at that price but over 1.5 first-half goals is better at 13/10 with Coral.

Manchester City won 11 corners to just four for Aston Villa when these sides faced off in the Midlands earlier this season. That's why the price for City in the corner handicap is so poor, with -7 paying just 6/5 at Bet365. The same firm offer Villa +7 at 5/6 and that could be worth a punt as it's such a huge starting advantage.

This English Premier League match between Manchester City and Aston Villa will be played on May 22, 2022 and kick off at 16:00. Check below for our tipsters best Manchester City vs Aston Villa prediction. You may also visit our dedicated betting previews section for the most up to date previews.