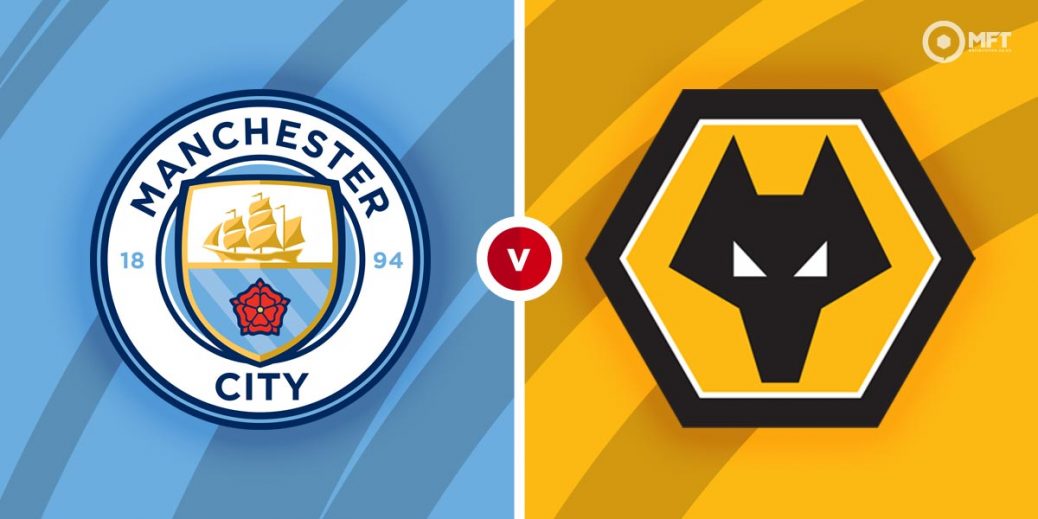 MAN CITY will be looking to make it 21 consecutive wins in all competitions when they welcome Wolves to the Etihad on Tuesday night.

The Citizens are in total control of the title race after winning each of their last 14 Premier League matches.

Last time out Pep Guardiola's winning machine ploughed on with a 2-1 victory against West Ham, another triumph that has sent City storming towards what would be a third league crown in the last four seasons.

A staggering 21st win on the spin for Man City against Wolves on Tuesday night will see the Citizens surge 15 points clear at the summit of the standings, at least temporarily.

Wolves, meanwhile, occupy 12th place in the table, but it's a measure of the job that Nuno Espirito Santo has done that it feels like something of a slight disappointment.

Having said that, the Old Gold have avoided defeat in each of their last five Premier League matches, the most recent of which was a hard-fought 1-1 draw at Newcastle on Saturday.

Man City are heavily fancied to make it 14 Premier League wins in a row, with the hosts red-hot favourites here at 2/11 with TonyBet.

Wolves won both league meetings last season but the men from Molineux are massive underdogs here at 19/1 with Bet 365 and the stalemate pays 13/2 with the same firm.

Man City have defended resolutely this season and I suspect another low-scoring City success could be in-store at the Etihad on Tuesday night.

There is little value in siding with City at the aforementioned odds, however, combining a Man City win and under 3.5 goals makes a lot of appeal at 5/6 with Betfred.

The Citizens haven't been at their sparkling best in attack this season, but their newfound defensive solidity has fuelled a run of 15 clean sheets across 26 Premier League outings this term.

With that in mind, coupled with the likelihood of Wolves setting up to contain and counter, I'll happily back the Blue Moon to bag another win in a match that features fewer than four match goals.

What's more, the Man City win and under four match goal combo has landed in eight of the runaway leaders 10 Premier League victories at the Etihad this season.

It's also worth noting that the six of Wolves' last eight Premier league defeats have all gone under 3.5 match goals and that only adds to the appeal of siding with the same formula on Tuesday night.

I'll also dip into Bet 365's Bet Builder market for this Etihad encounter and combine each team to receive over zero cards, a nice looking 10/11 shot.

Indeed, neither of these sides have been prolific for picking up cards this season, however, the above-mentioned combination has clicked in each of Man City's last six Premier League matches and a repeat here just looks a little too big to me.

This English Premier League match between Man City and Wolves will be played on Mar 2, 2021 and kick off at 20:00. Check below for our tipsters best Man City vs Wolves prediction. You may also visit our dedicated betting previews section for the most up to date previews.