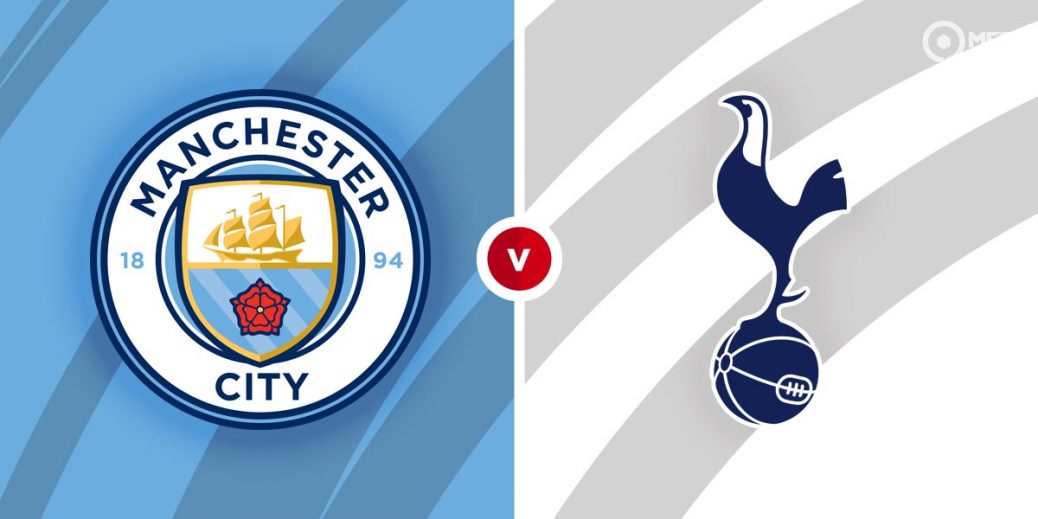 TABLE-TOPPING Manchester City will look to take another step towards reclaiming the Premier League title when they take on Tottenham at the Etihad on Saturday evening.

The Citizens made a significant statement of intent when they ruthlessly cut apart the reigning champions Liverpool at Anfield last Sunday.

That triumph sent Pep Guardiola's star-studded side five points clear at the summit of the standings having played a game less than all of the chasing pack.

What's more, the City juggernaut set a new English football record last time out as their 3-1 FA Cup success at Swansea made it a stunning 15 wins on the spin.

Tottenham, meanwhile, halted a three-game losing streak in the Premier League with a 2-0 win over relegation-threatened West Brom last weekend.

However, Spurs' season has been plagued with inconsistency and Jose Mourinho's side suffered a fresh setback when falling to a thrilling 5-4 FA Cup exit at Everton on Wednesday night.

Man City are heavily fancied to make it 11 Premier League wins in a row, with the hosts red-hot favourites at 3/10 with TonyBet.

Tottenham have won just one of their last six top-flight road trips and the bookies odds suggest that trend is set to continue with an away win an unfancied 8/1 with Bet 365, while the draw is deemed unlikely at 5/1 with UniBet.

Indeed, Man City have fallen to defeat in each of their last two tussles with Tottenham, but City have been in imperious form in recent months and I don't see Spurs stopping them on Saturday.

However, there is little value in siding with the hosts at the aforementioned price so instead I'll head to Bet 365's Bet Builder market and combine Man City to win, under five match goals and over zero Tottenham cards, a much more attractive looking 20/21 shot.

City's newfound defensive solidity has fuelled a run of eight clean sheets across their last 10 Premier League fixtures and 12 of Man City's last 15 wins have been in games that have featured fewer than five match goals.

With that in mind, coupled with the fact that Jose Mourinho is renowned for having his team “park the bus”, I'm more than happy to side with a City win and under five match strikes.

I'll also add at least one Spurs booking to boost up the price on the Bet Builder – Tottenham are averaging 1.32 cards per game this season and it's worth noting that Mourinho's men have collected at least one caution in 13 of their last 14 league assignments.

My second Bet Builder for this Etihad encounter is over zero Man City goals, each team to receive over zero cards and over two match cards, a 20/23 play with Bet 365.

Tottenham have recorded just two clean sheets across their last 12 top-flight outings and I fully expect in-form Man City to expose that defensive fragility this weekend.

What's more, Man City and Tottenham have thrown up some fiery fixtures in recent times and given that match official Paul Tierney is one of the Premier League's more card-happy referees this season (averaging 3.86 yellows per 90 minutes) I fancy a few cards to be flashed here in a game where there is plenty of potential for cynical fouls.

This English Premier League match between Man City and Tottenham will be played on Feb 13, 2021 and kick off at 17:30. Check below for our tipsters best Man City vs Tottenham prediction. You may also visit our dedicated betting previews section for the most up to date previews.