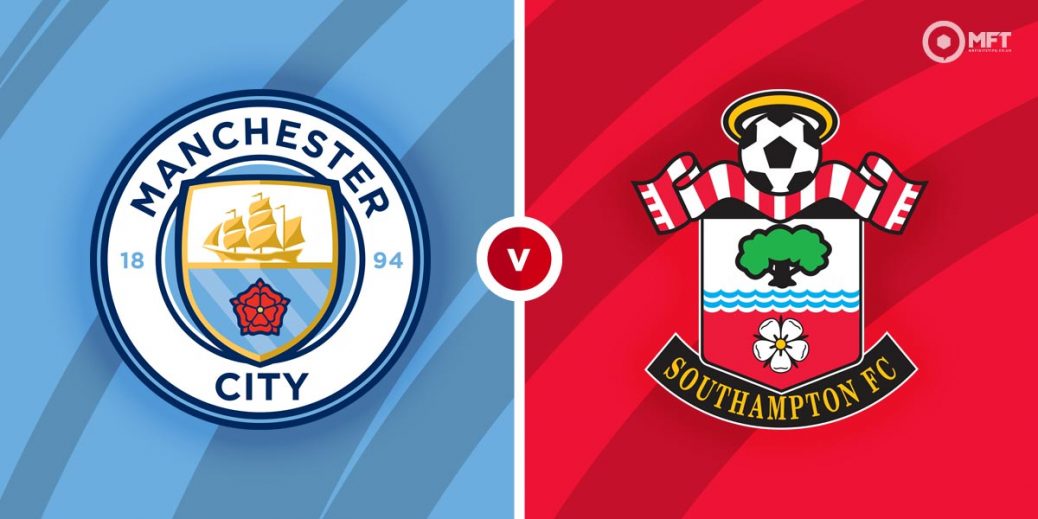 MANCHESTER CITY will look to bounce back in their pursuit of the Premier League title when they play host to Southampton on Wednesday night.

The Citizens 28-game unbeaten run came to a shuddering halt as old foes Man United emerged as shock 2-0 winners from Sunday's Manchester derby at the Etihad.

However, Pep Guardiola's star-studded side remain firmly in control of the Premier League title race, not to mention City are still on course for an unprecedented quadruple.

Guardiola and Co will be desperate to get the sky blue juggernaut back on track again when Southampton come to town this midweek.

The Saints finally stopped the rot and also alleviated fears of being dragged into the Premier League relegation scrap when recording a morale-boosting 2-0 win over Sheffield United at Bramall Lane on Saturday.

That triumph brought an end to a wretched nine-match winless run for Ralph Hasenhuttl's team, however, the south coast side could feel the wrath of a wounded Man City beast on Wednesday night.

Man City are heavily fancied to get back to winning ways on Wednesday night, with the hosts red-hot favourites here at 1/5 with TonyBet.

Southampton have lost on 10 of their last 11 visits to this venue and the bookies odds suggest that trend is set to continue with the Saints big outsiders here at 16/1 with BetVictor and the draw is also deemed unlikely at 6/1 with the same firm.

The bookmaker's prices for this match unsurprisingly suggest that this will be a one-sided affair and it's therefore a case of having to get creative to get a decent price on a Man City win.

With that in mind, I'll head to the Bet Builder market and combine Man City to win, under five match goals and under two first-half cards, a 10/11 play with Bet 365.

The Citizens haven't been at their sparkling best in attack this season but they have racked up 15 clean sheets in 28 Premier League outings this term – the highest tally in the division.

It's also worth noting that the Man City win and under five match goal combo has landed in nine of the runaway leaders 11 Premier League victories at the Etihad this season.

What's more, eight of Southampton's 12 league defeats this term have featured fewer than five match goals, so I'm more than happy to support a similar formula on Wednesday night.

In order to boost the Bet Builder up to 10/11 (Bet 365), I'll throw in under two cards to be shown during the first-half of this Etihad encounter.

John Moss is the man in the middle on Wednesday night and his card-per game average in the Premier League this season sits at a lowly 2.5 per-game.

When digging a bit deeper it can be seen that the Sunderland-born whistler has flashed fewer than two first-half cards in 10 of his last 11 Premier League assignments.

Having said that, one player who looks overpriced for a caution here is Scotland international Stuart Armstrong who's an eye-catching 8/1 (Bet 365) to go into the book.

The Saints midfielder has been carded in each of his last two Premier League appearances and I reckon he represents a bit of value to be booked again when faced with far superior opposition in the shape of star-studded Man City.

This English Premier League match between Man City and Southampton will be played on Mar 10, 2021 and kick off at 18:00. Check below for our tipsters best Man City vs Southampton prediction. You may also visit our dedicated betting previews section for the most up to date previews.