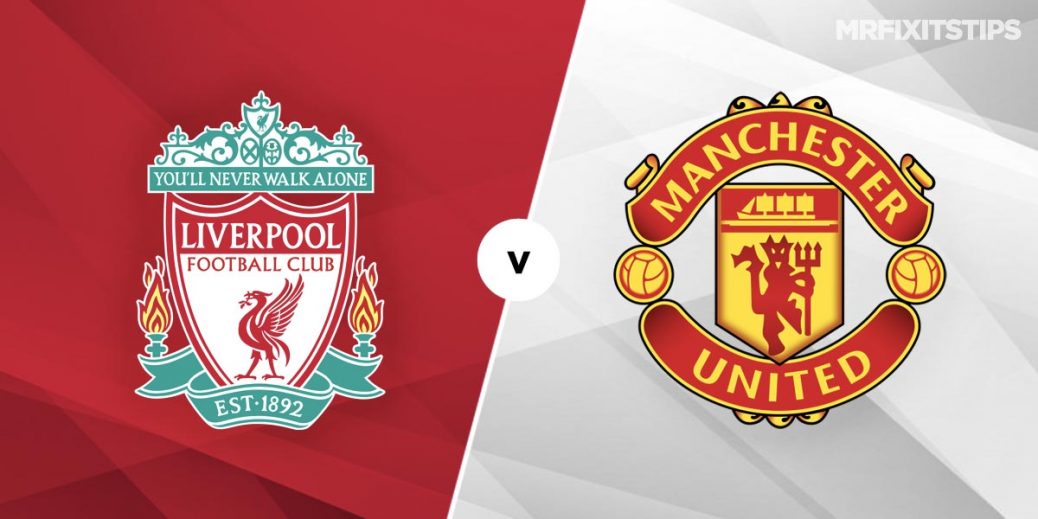 THERE'S always an edge to games between Liverpool and Manchester United but this showdown has added spice with just three points separating the bitter rivals at the top of the Premier League.

United jumped to the summit in midweek with a 1-0 victory at Burnley, a match where our man Slips Tips cleaned up yet again, and it has been a long time since they hit those heights at this stage of the season.

The last time United sat top in January was in Alex Ferguson's final season as boss and fans will be hoping that's a good omen as they dream of ending their long wait for a title.

This trip to Anfield will give us a better idea of United's credentials and they are facing the champions at a good time, with Liverpool winning just one of their last four games.

That victory came in the FA Cup last weekend and Jurgen Klopp's makeshift defence even allowed Aston Villa's youth team to level before they eventually eased to a 4-1 win.

But the Reds have risen for big occasions this season and will be hoping for a repeat of the 2-1 home win over Spurs when they last had a top-of-the-table clash.

I'm surprised to see Liverpool as odds-on favourites with most firms and their best price is 24/23 with SBK. United are a tempting 27/10 with BetVictor while the stalemate will be popular at a best 56/19 with SBK.

Liverpool have held the edge in this fixture of late, losing just one of their last 10 games with Manchester United. But six of those matches have ended in stalemates so it's not as if they have been totally dominating.

Last season the rivals drew 1-1 at Old Trafford before Liverpool won 2-0 at Anfield thanks to goals from Virgil van Dijk and Mo Salah (below).

Sadio Mane has returned to scoring form, with a double in the FA Cup win over Villa making it four goals from his last five games. The Senegal striker is 9/5 with Unibet for anytime scorer here which looks pretty good value.

Bruno Fernandes is always worth backing for a United goal given the incredible amount of penalties they have won this season, a trend picked up on by rival boss Klopp. The Portuguese midfielder is overpriced at 40/17 with SBK for an Anfield goal.

United's attack will fancy their chances against a makeshift Liverpool defence missing Van Dijk, Joe Gomez and Joel Matip. They have scored two goals or more in seven of their last eight away games and are 17/10 with 888Sport for over 1.5 goals here.

Five of the last six meetings at Anfield have seen under 2.5 goals but I've a feeling this one could be different. Over 2.5 goals pays a best 8/11 with SBK.

With so much at stake I can see some tackles flying in. Over 4.5 cards is evens with Bet365 while Jordan Henderson looks good value at 15/4 with Unibet for a card, especially if he's forced to fill in at centre back. Scott McTominay looks the best bet for a United card at 7/2 with Bet365.

William Hill are offering 9/10 on each team winning over three corners and that could be worth a bet given the teams are evenly matched.

This English Premier League match between Liverpool and Manchester United will be played on Jan 17, 2021 and kick off at 16:30. Check below for our tipsters best Liverpool vs Manchester United prediction. You may also visit our dedicated betting previews section for the most up to date previews.