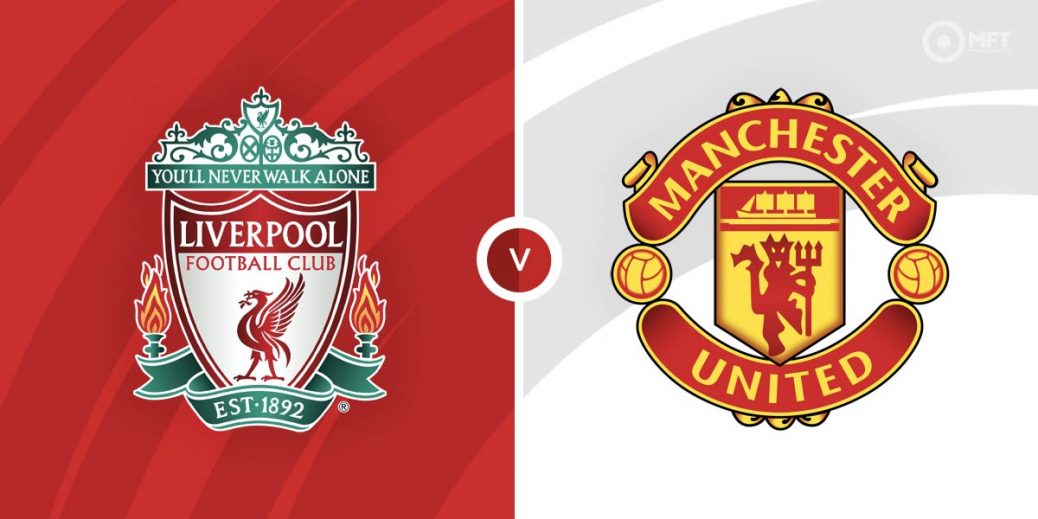 LIVERPOOL resume their quest for the Premier League title when they meet arch-rivals Manchester United at Anfield on Tuesday night.

The Reds failed to move above league leaders Manchester City as the two sides played out a pulsating 2-2 draw at the Etihad eight days ago.

However, Jurgen Klopp's side claimed a 3-2 FA Cup semi-final win over City at Wembley on Saturday to keep their hopes of a historic quadruple alive.

The Merseysiders will now turn their attention back to league matters and they will see this midweek's  game with Manchester United as another chance to lay down a marker in the title race.

United's bid for a Premier League top-four finish appeared to evaporate following a limp 1-0 defeat at Everton less than a fortnight ago.

However, a 3-2 win over Norwich on Saturday coupled with results elsewhere has seen the Red Devils re-enter the Champions League qualification conversation.

Liverpool, who have won 10 of their last 11 Premier League matches, enter this contest as short-priced 2/5 (SBK) favourites.

Manchester United have failed to emerge victorious in each of their last six visits to this venue and the bookmakers' odds suggest that trend will continue here with a United triumph trading at 31/5 (SBK) while the stalemate is an unfancied 39/10 (SBK).

You won't get rich backing the Reds at the aforementioned price but combining over one Liverpool goal with under two Manchester United goals will bring about a backable 4/5 (Bet 365) Bet Builder.

Jurgen Klopp's sharpshooters are the top scorers in the Premier League this season, racking up 79 strikes across their 31 to contests to date, an eye-catching average of over 2.5 per-game.

What's more, the title-chasing Reds have struck twice or more in a league-high 25 of those 31 fixtures, a sample that includes 12/15 matches at their Merseyside headquarters.

With this in mind, coupled with the fact that Manchester United have failed to keep their sheets clean in 25 of their overall 32 Premier League assignments this term, I'm happy to side with at least two Liverpool goals on Tuesday night.

Whilst Ralf Rangnick's guests boast quite the plethora of attacking talent within their ranks, the Red Devils have failed to score more than once in nine of their 15 top-flight road trips this season so far, not to mention thay have failed bag a brace in 19 of their 32 outings overall.

It's also worth pointing out that the above-mentioned Bet Builder has paid out in a sizeable 22 (70.9%) of Liverpool's 31 Premier League games this season, so siding with the same wager here looks worthy of support at 4/5 quotes.

Given that Liverpool could leapfrog Manchester City with a victory on Tuesday night, at least temporarily, I'll also back Jurgen Klopp's star-studded side to score in both halves even-money (1/1) with Bet 365.

Overall, Liverpool have made the net bulge either side of the interval in 20 (65%) of 31 Premier League  fixtures this term, yet the odds imply a 50% chance of them repeating the trick on Tuesday night.

This English Premier League match between Liverpool and Manchester United will be played on Apr 19, 2022 and kick off at 20:00. Check below for our tipsters best Liverpool vs Manchester United prediction. You may also visit our dedicated betting previews section for the most up to date previews.