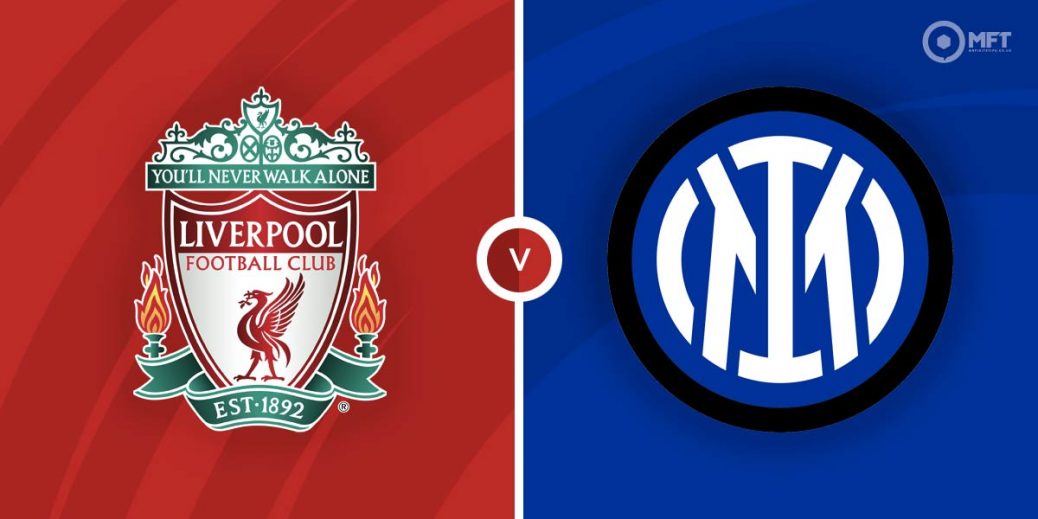 LIVERPOOL have one foot in the Champions League quarter-finals and Inter Milan need one of the great European comebacks to revive their hopes when they head to Anfield.

Jurgen Klopp's men completed a San Siro double when they won 2-0 in the first leg, having already won at the iconic stadium against AC Milan in the group stage.

It was another impressive performance from Jurgen Klopp's men and they have now won 12 in a row in all competitions, albeit they needed penalties to defeat Chelsea in the League Cup Final.

That triumph has sparked talk of a Quadruple for the Reds and it's certainly going to take a good side to stop them in the Champions League.

The task looks beyond Internazionale, although Simone Inzaghi's men head to Anfield with their tails up after thumping Salernitana 5-0, a win that brought up a full house for our man Tolu.

That ended a five-game run without a victory for Inter Milan and they now have to throw everything at Liverpool in a bid to keep their Euro dreams alive.

You can get 22/1 at SBK on Inter Milan mounting an epic comeback and reaching the quarter-finals while Liverpool are as short as 1/33 with the same firm to go through.

Inter Milan have now won just once in five meetings with Liverpool and that came way back in 1965. The 2-0 win in the first leg (below) was Liverpool's fourth victory in this fixture.

I tipped Mo Salah to score in the first leg and it paid off at the death as he grabbed the second goal. The Egyptian is always worth backing when he's not odds-on for anytime scorer and Coral price him at evens for a goal here.

Lautaro Martinez heads into this game with his confidence soaring after a weekend hat-trick. The Argentina striker is 16/5 with Unibet for a goal which looks a bit generous.

Inter Milan have to go for it so it bodes well for an open game. West Ham wasted some good chances at Anfield on Saturday so I fancy the Italian champions to score here.

BTTS is just 3/4 at Paddy Power though while over 2.5 goals is even shorter at 4/6 (William Hill). The odds increase to 17/10 with Unibet if you go to over 3.5 strikes. Going for over 1.5 first-half goals backfired for me in the first leg but it stands a chance in the return and pays 29/20 at McBookie

Backing Internazionale players for cards could pay off as they will leave nothing out there. Marcelo Brozovic has six yellows this season and is worth a punt for a card here, although I've yet to see that market priced.

This UEFA Champions League match between Liverpool and Inter Milan will be played on Mar 8, 2022 and kick off at 20:00. Check below for our tipsters best Liverpool vs Inter Milan prediction. You may also visit our dedicated betting previews section for the most up to date previews.