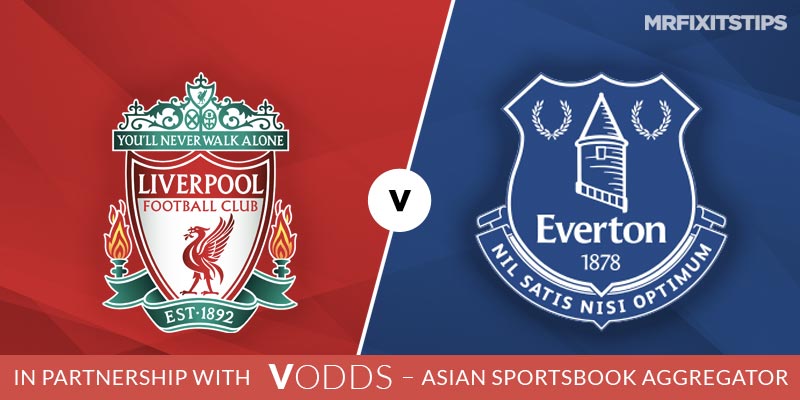 LIVERPOOL continue to win with steel rather than style and they will be targeting another three points when they welcome arch-rivals Everton to Anfield on Wednesday night, in a match live on Amazon Prime.

Indeed, it is only early December, however, the Reds find themselves in an incredible position in their bid to finally land the Premier League crown that they so desperately crave.

The reigning European champions have been as good as flawless in their opening 14 English top-flight tussles -only Manchester United have managed halt Jurgen Klopp's juggernaut thus far.

However, Klopp's team were pushed hard by Brighton at this venue on Saturday on an afternoon that saw the hosts end the match with 10 men whilst clinging on for a 2-1 win.

Yet, by doing just that Liverpool are now unbeaten in their last 31 Premier League outings – a streak that is fast approaching one calendar year – and such imperious form does bode well for an out-of-sorts Everton outfit.

The Toffees suffered last-gasp VAR heartbreak when losing 2-1 away at Leicester on Sunday – a result which left Everton languishing in 17th place in the Premier League table, having won just two of their last 10 league matches.

Consequently, Blues boss Marco Silva appears to be a dead man walking, however, the beleaguered Portuguese looks set be in the dugout for Wednesday nights Merseyside derby.

Liverpool have won all seven of their Premier League games at Anfield this season and the home side are big favourites at 3/10 (William Hill) to make it eight league wins on the spin on Wednesday night.

The Toffees have come unstuck in five of their seven road trips thus far –  having only managed to score six league goals away from Goodison Park to date – and that can be attributed to Everton being an unfancied 8/1 (UniBet) to triumph here, while a share of the spoils is also deemed unlikely at 4/1 (UniBet) with the same firm.

Liverpool have led at half time in six of their seven league games at Anfield this season before going on to claim all three points and I fancy the Reds to make that seven out of eight against a confidence-stricken Everton side.

The likes of Arsenal, Leicester and Man City have all found themselves behind at the interval at fortress Anfield and that all adds to the appeal of backing Liverpool at 23/20 (Coral) in the half time/full time market against Silva's strugglers

Like most derby matches it may pay dividends to delve into the card markets on Wednesday night – even more so with card-happy Mike Dean being the man in the middle for the Merseyside derby. Dean has dished out 52 cards in the 11 Premier League matches that he has officiated this season – an average of 4.7 cards per-game – and I wouldn't be surprised to see Everton revert to the dark arts whilst attempting to tame Klopp's troops.

There are several contenders to consider for a caution, however, I'm going to opt for an alternative angle by backing the referee to have the book out before the 29th minute at 5/6  (Bet 365) – a punt that would generated profit in eight of the last nine Premier League games that Dean has taken charge of.

Anything other than a Liverpool win on Wednesday night would represent one of the biggest Premier League shocks of the season so far and as such punters will have to dig deep when trying to source value from another Anfield success.

Having done just that, I'm going to utilize Bet 365's Bet Builder by combining Liverpool to win, over 1 goal in the match for Liverpool and over 3 Liverpool corners at 8/11 (Bet 365) – a combination that has landed in all seven of the rampant Reds league games on home turf to date.

This English Premier League match between Liverpool and Everton will be played on Dec 4, 2019 and kick off at 20:15. Check below for our tipsters best Liverpool vs Everton prediction. You may also visit our dedicated betting previews section for the most up to date previews.