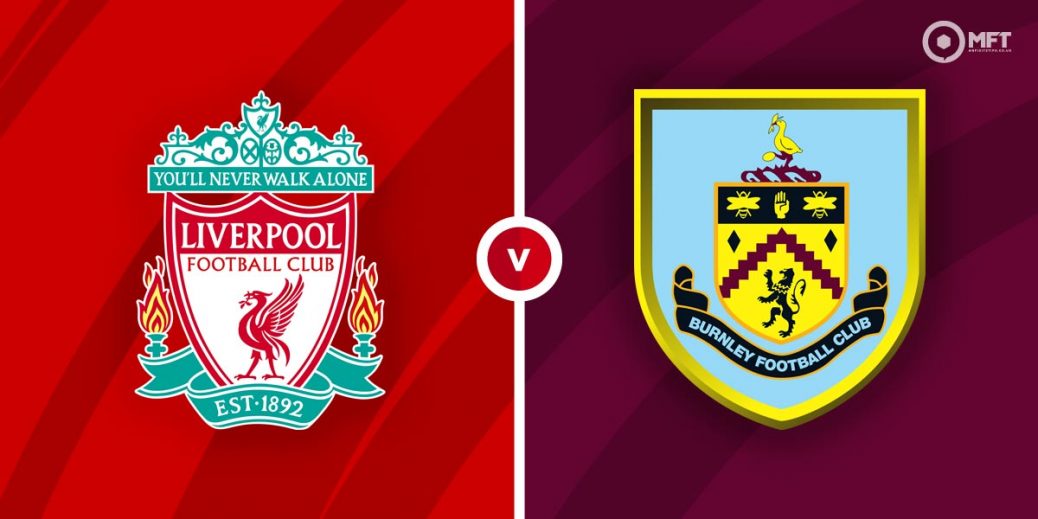 LIVERPOOL will be looking to make it two Premier League wins from two when they lock horns with Burnley at Anfield on Saturday lunchtime.

Jurgen Klopp's side finished the 2020-21 season strongly and they picked up where they left off with a well-deserved 3-0 opening weekend win at Norwich, on an evening where my Carrow Road Bet Builder clicked.

In doing so, the Merseysiders made an immediate statement regarding their title credentials and they could be on a revenge mission when the Clarets come calling on Saturday.

The Reds 68-game unbeaten run at Anfield was ended by Burnley in January, a setback that sparked a dramatic loss of home form for Liverpool, who went on to lose six matches in a row in their own manor.

Burnley, meanwhile, were ahead at half-time in their curtain-raiser with Brighton last weekend but a second half collapse saw the Lancashire outfit lose their first game of the season.

Indeed, Sean Dyche has worked wonders at Turf Moor but he perhaps now faces his biggest challenge in steering the Clarets to a seventh successive season of top-flight football.

Liverpool are heavily fancied to make it seven wins on the spin, with a home win priced up at a lowly 1/5 with Bet 365.

Burnley have avoided defeat in each of their last two visits to this venue but Dyche's troops are a towering 16/1 (BetVictor) to triumph on Saturday while the draw is trading at 11/2 with William Hill.

Liverpool are unsurprisingly huge favourites here but there is little value in siding with Klopp's crew at the aforementioned odds so I'll head to the Bet Builder market to get a bigger price.

If we combine Liverpool to win, under five match goals and over zero Burnley cards we can get some 4/5 (Bet 365) and that looks like a nice way in.

18 of Liverpool's last 21 Premier League victories have featured fewer than five match goals, a sample that includes 10 of their last 11 top-flight triumphs.

Burnley, on the other hand, lost 19/38 league fixtures last term, with a mere three of those defeats generating five or more match strikes.

With that in mind, coupled with the fact that the Reds will be roared on by a capacity Anfield crowd, I'm happy to proceed with a Liverpool win and under five match goals on Saturday lunchtime.

In order to boost the price on the aforementioned Bet Builder, I'll throw over zero Burnley cards into the equation.

The Clarets were averaging just 1.26 cards per game last season but they were cautioned at least once in 28 of their 38 top-flight tussles last term, not to mention we have a favourable referee appointment here in Mike Dean who was flashing just shy of four cards per 90 minutes last season.

That train of thought could see value lie with the 5/6 on offer with Bet 365 for Burnley to see over one card during this match – a bet that would have rewarded punters at Turf Moor last weekend.

One player who could be worth considering for a card is Burnley's Ashley Westwood who is as big as 4/1 (Bet 365) to go into referee Dean's notebook.

The combative Clarets midfielder clocked up a squad-high seven cards last season and he looks nicely priced to collect his first caution of the campaign in front of a packed Anfield on Saturday.

This English Premier League match between Liverpool and Burnley will be played on Aug 21, 2021 and kick off at 12:30. Check below for our tipsters best Liverpool vs Burnley prediction. You may also visit our dedicated betting previews section for the most up to date previews.