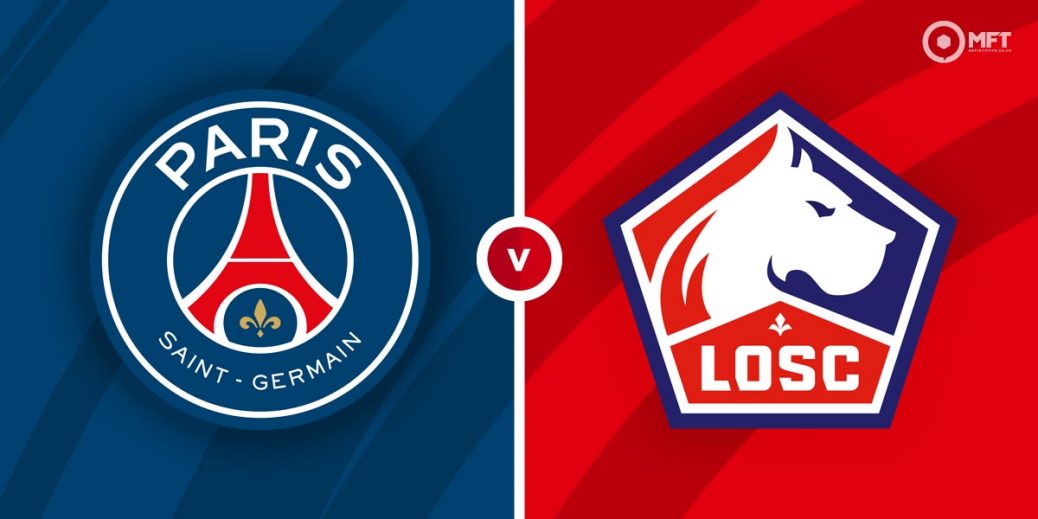 Lille and PSG will square off in the French Trophee des Champions at Bloomfield Stadium in Tel Aviv, Isreal. Lille are still trying to find their feet under their new manager and are likely to fall short against a star studded PSG.

Lille are coming off a 2-0 defeat to Porto in a preseason friendly. They struggled to find their best form and were second best throughout the contest.

Les Dogues dethroned PSG to claim the Ligue 1 title during the 2020/21 season but lost manager Christophe Galtier at the end of the campaign. New boss Jocelyn Gourvennec failed to inspire his troops in preseason as they claimed just one win in four warm up matches.

Lille kept clean sheets on their way to Ligue 1 glory last season which has not been seen in their warm-up games. There has been no shutout in their last three matches, conceding four goals in that run.

PSG will have revenge on their minds after losing their Ligue 1 title on the final day of last season. They will be desperate to reclaim the trophy and will be looking to lay down a marker for the new campaign on Sunday.

After settling for the Coupe de France last season, manager Mauricio Pochettino has begun building the team into his own vision. The Parisians have made some shrewd acquisitions in the transfer window, bringing in Sergio Ramos, Georginio Wijnaldum, Achraf Hakimi and Gianluigi Donnarumma.

PSG have remained unbeaten in preseason, claiming three wins and two draws from five warm-up games. They head into Sunday’s clash with a 2-2 draw against Sevilla with Mauro Icardi and Kenny Nagera getting the goals.

PSG are considered favourites among the bookies with a win priced at 19/20 by William Hill. SBK is offering 17/5 for a Lille victory while a draw is set at odds of 13/5 by Betfred.

PSG have looked much better than Lille in recent weeks and should have the edge on Sunday.

PSG have a 26-13 advantage with 15 draws from 54 previous matches against Lille. Both teams claimed one win each in the two meetings last season with PSG triumphing 3-0 before losing 1-0 in the reverse fixture.

Strikers Burak Yilmaz and Jonathan David were among the standout players for Lille last season and will be the ones to watch on Sunday. Bet365 has Yilmaz at 7/4 to score anytime while also offering 15/8 on David in the same market.

PSG have plenty of attacking talent with Kylian Mbappe one of the players to watch at 20/21 with bet365 in the anytime goalscorer market. Neymar could also be worth a punt in the same market at 5/4 with bet365.

Given the quality in both attacks, a punt in the goals market could provide some value. Over 3.5 goals is priced at 40/17 by SBK, over 2.5 goals is set at odds of 22/23 with the same firm while Sport Nation is offering 5/6 on both teams to score.

PSG could be tipped to earn a win and over 2.5 goals at 2/1 with bet365. The Parisians could also be backed to score in both halves at 2/1 with Sport Nation.

This match between Lille and PSG will be played on Aug 1, 2021 and kick off at 19:00. Check below for our tipsters best Lille vs PSG prediction. You may also visit our dedicated betting previews section for the most up to date previews.