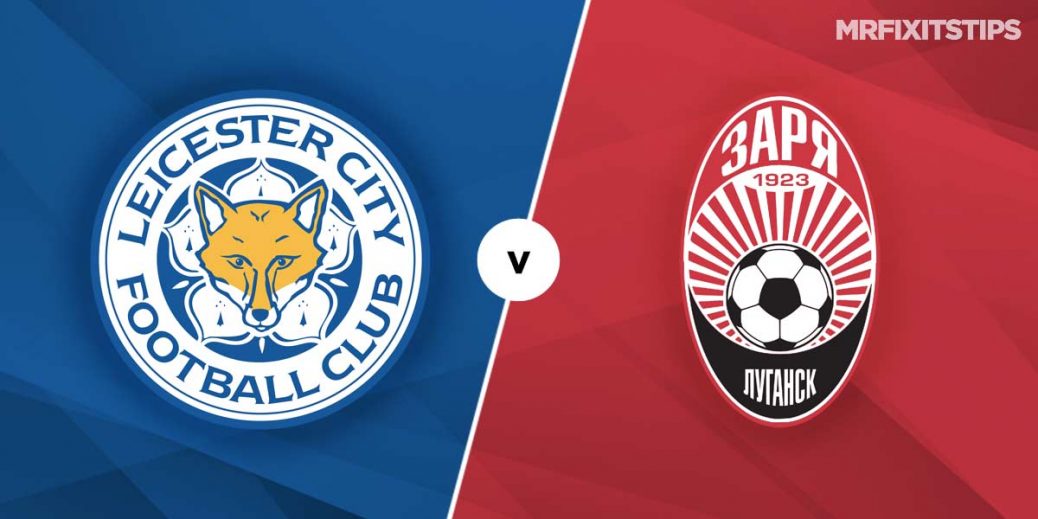 LEICESTER will be looking to bounce back from back-to-back league defeats when they entertain Zorya Luhansk in Europa League Group G on Thursday night.

After a flying start to the season, the Foxes have suffered consecutive Premier League home defeats and they will be eager to get back to winning ways when they enter Europe's secondary club competition for the first time in two decades.

With the other three clubs in the group being AEK Athens, Sporting Braga and Zorya, Brendan Rodgers' men will fancy their chances of qualifying for the knock-out stages.

First up for the Foxes is a King Power clash with Ukrainian underdogs Zorya, a side that have been Europa League regulars in recent season's.

Viktor Skrypnyk's side have endured a pretty lacklustre start to their Ukrainian Premier League season where they have taken a mere six points from a possible 21 thus far.

Zorya's indifferent start to their domestic campaign can be attributed to their defensive deficiencies – the Luhansk outfit have kept just one clean across their opening six league matches of the season.

Leicester will be facing Ukrainian opposition for the first time on Thursday night and the Foxes are big favourites at 2/7 with Bet 365.

Zorya have lost eight of their last 12 Europa League assignments away from home and that is reflected in the odds with an away success priced up at a towering 12/1 with 888Sport, while the draw is at 9/2 with Betfred.

Having said that, I still fully expect Leicester to have too much for the Ukrainian visitors who look likely to finish fourth in this section.

There is little value in backing Brendan Rodgers men to win the match at 2/7 with Bet 365 and therefore I'm going to make use of the Bet Builder feature with the view to bumping up the price.

The above-mentioned Bet Builder landed during Leicester's opening two league matches of the season and I'm happy to side with a repeat at the King Power on Thursday night when the Foxes are faced with an out-of-sorts Zorya outfit who have won only one of their last 12 Europa League away games.

With James Maddison expected to get some much-needed game time this midweek I'm also going to have a small play on a big priced longshot by backing the Leicester playmaker to score from outside the box at an eye-catching 18/1 with PaddyPower.

The Foxes number 10 is very adept from free-kicks and he is also capable of producing the spectacular from distance in open play – Maddison scored a long-range screamer away at Man City last month – and he looks overpriced at a whopping 18/1 to notch from outside the box during this bout.

This UEFA Europa League match between Leicester and Zorya will be played on Oct 22, 2020 and kick off at 20:00. Check below for our tipsters best Leicester vs Zorya prediction. You may also visit our dedicated betting previews section for the most up to date previews.

Leicester To Win, Over 1 Match Goal, Leicester Over 3 Corners & Zorya Over 0 Cards
4/5
BET NOW
James Maddison To Score From Outside The Box
18/1
PaddyPower
BET NOW
0 Comments