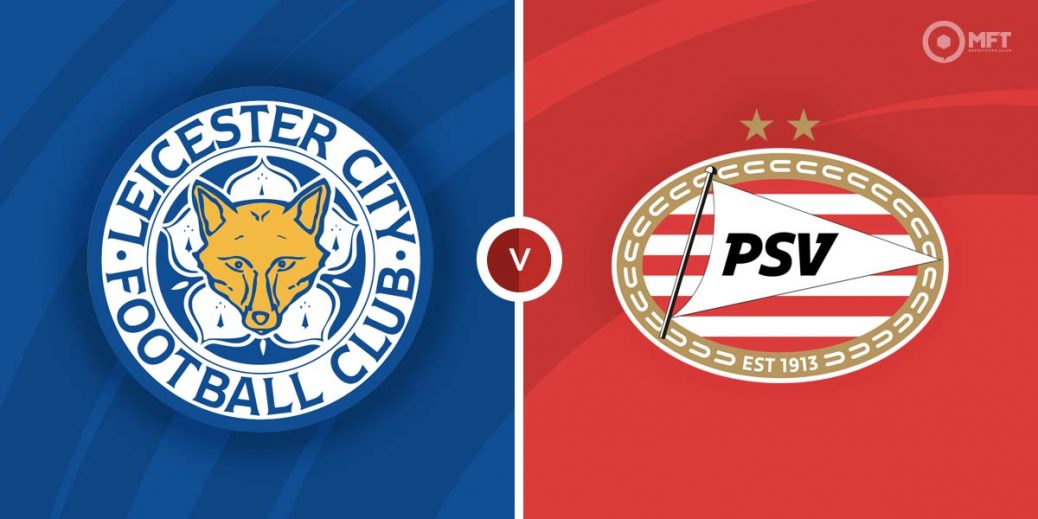 LEICESTER CITY continue their quest for Europa Conference League glory when they welcome PSV Eindhoven to the King Power in the quarter-final stage on Thursday night.

Brendan Rodgers' side made light work of Randers in the round of 32 before coming out as 3-2 aggregate winners in a tight two-legged tie against Rennes.

Whilst Leicester have been some way short of a top-four challenging team in this Premier League this term, they will be feeling much better about themselves having taken 10 points from the last 15 on offer, the most recent of which was a well-deserved 1-1 draw at Manchester United on Saturday.

Meanwhile, PSV Eindhoven began their continental journey this season in qualification for the Champions League but they were narrowly beaten by Benfica before finishing third in their Europa League group.

Roger Schmidt's side have since eliminated Maccabi Tel Aviv and FC Copenhagen but it will be fair to say that there will be a huge step up in class here.

Leicester, who are undefeated at home in Europe this season, head into this first leg as 19/17 (SBK) favourites.

PSV Eindhoven have yet to taste defeat in this season's Europa Conference League but the bookmakers' odds suggest that run will come to an end here, with an way priced up at 11/5 (SBK) while the draw is trading at 12/5 (SBK) with the same firm.

Goals are usually on the menu when either of these teams are involved and there is plenty of scope for a repeat here with Over 2.5 goals holding appeal at 5/6 (SBK).

Whilst Brendan Rodgers has plenty of attacking talent to call upon, clean sheets have plagued Leicester's campaign, with the Foxes failing to shut out their opponents in nine of their 10 continental clashes this term to date.

It's also worth pointing out that Leicester have leaked at least one goal in 23 of their 28 Premier League games this season so they could struggle to tame a PSV team who carry plenty of attacking threat of their own.

Roger Schmidt's attack-minded outfit are the second-top goalscorers in the Eredivisie, averaging 2.5 goals per-game, a tally only marginally topped by league leaders Ajax.

What's more, the ‘Boeren’ have made the net bulge exactly four times in each of their last two Conference League assignments, not to mention they have banged in eight goals across their last two domestic fixtures.

With that in mind, coupled with the fact that seven of the Foxes' 10 European games this season have featured three goals or more, I'm more than happy to side with Over 2.5 strikes at the King Power on Thursday night.

With all things considered, backing Both Teams to Score and Over 2.5 Goals also looks like an attractive betting proposition at 11/10 with Bet 365.

Both teams have combined for three for goals in five of the hosts' last six Europa fixtures and I see no reason to oppose a repeat here given that neither defence is watertight and each side is capable in attack.

This UEFA Europa League Conference match between Leicester City and PSV Eindhoven will be played on Apr 7, 2022 and kick off at 20:00. Check below for our tipsters best Leicester City vs PSV Eindhoven prediction. You may also visit our dedicated betting previews section for the most up to date previews.