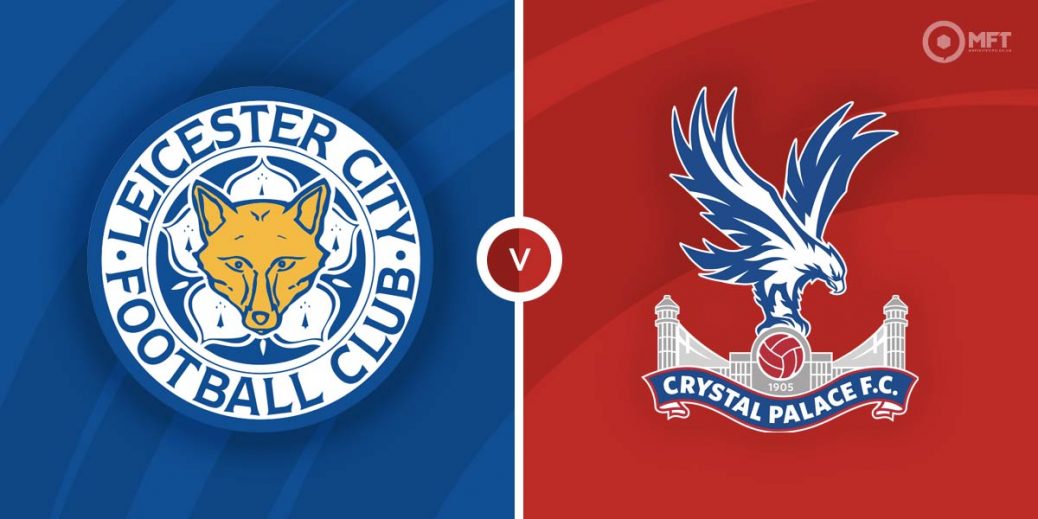 TWO sides separated by one place and goal difference in the Premier League lock horns at the King Power Stadium on Sunday afternoon, as Leicester City play host to Crystal Palace.

It’s been an underwhelming campaign overall for the Foxes, but they will be feeling better about themselves having pocketed 10 points from the last 15 on offer, the most recent of which was a well-deserved 1-1 draw at Manchester United.

However, the Premier League is no longer a priority for Brendan Rodgers and Co who will have their sights set on conquering the Europa Conference League.

Following a 0-0 draw at home to PSV Eindhoven on Thursday night, the Foxes chief is expected to shuffle his pack here with next week's quarter-final second leg match in mind.

As for Crystal Palace, they will be riding the crest of a wave after making light work of London rivals Arsenal in a 3-0 stroll to victory on Monday night.

That triumph propelled Patrick Viera's team into the top-half of the table and his players will want to make another positive impression here ahead of next weekend's FA Cup semi-final with Chelsea at Wembley.

Leicester, who have won five of their last seven Premier League home games, enter this contest as 19/13 (SBK) favourites.

Despite avoiding defeat in each of their last eight matches across all competitions, Crystal Palace roll into the King Power as 39/19 (SBK) outsiders while a point apiece has been priced up at 27/11 (SBK).

It's difficult to be tempted about either team here so I'm going to steer clear of the outright betting and instead combine over zero Crystal Palace goals and Crystal Palace with a + 1 start on the handicap at 4/5 with William Hill.

Despite Leicester's upturn in form in recent weeks, clean sheets remain an issue, with the Foxes failing to keep their opponents at bay in a whopping 23 of their 28 league games this season so far.

In fact, only six Premier League teams have shipped more goals than Brendan Rodgers' backline to date so in-from Crystal Palace should have the technical tools to create opportunities at the King Power.

Whilst the Eagles have a reputation as being a team who are tough to break down, they have scored two or more goals in 14/30 league games – a tally only topped by the current top-six in the table.

With that in mind, as well as the likelihood of Leicester having one eye on their midweek trip to the Netherlands, supporting the above-mentioned 4/5 (William Hill) formula seems like a sensible solution in the East Midlands

It's also worth pointing out that the aforementioned Bet Builder would have paid out in four of Palace's last five Premier League matches.

Team news permitting, I'll also get involved with Leicester defender James Justin to go into the book at a juicy 15/2 (William Hill).

The Foxes full-back could have his hands full with Wilfred Zaha who has drawn the most fouls in Premier League history and with that in mind, the 15/2 (William Hill) about a Justin card could be too big to ignore.

This English Premier League match between Leicester City and Crystal Palace will be played on Apr 10, 2022 and kick off at 14:00. Check below for our tipsters best Leicester City vs Crystal Palace prediction. You may also visit our dedicated betting previews section for the most up to date previews.