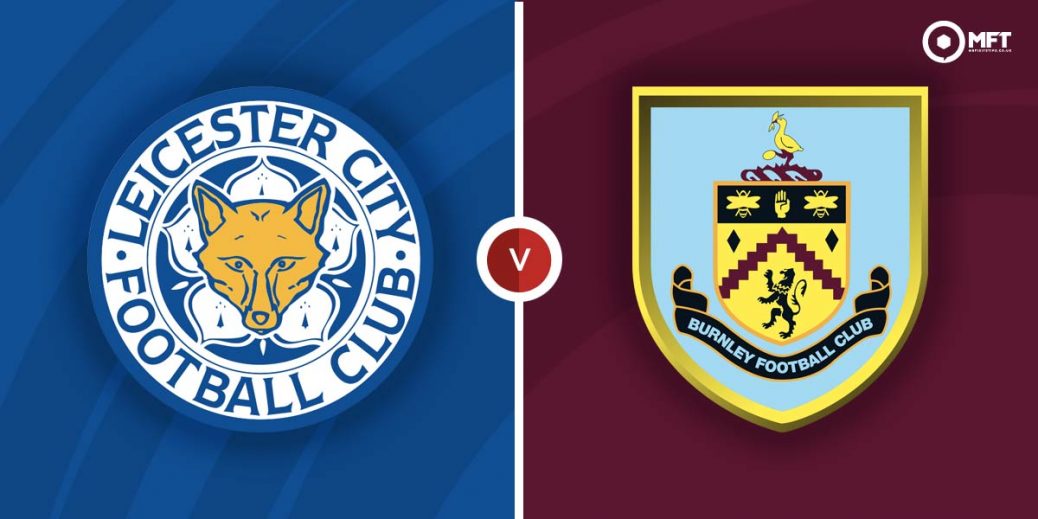 Two teams looking struggling to find their feet this season clash at the King Power Stadium as Leicester City host Burnley in the English Premier League. Leicester have started slowly this term but with Burnley perfoming even worse at the moment, the Foxes are likely to grab the points here.

It has not been the best start to the season for Leicester City as they sit 12th on the table after five matches. They head into Saturday’s fixture off the back of a 2-1 defeat to Brighton in their previous Premier League fixture with Jamie Vardy getting their only goal.

Leicester City are a long way away from the form that saw them secure European football last season having claimed just two wins from their opening five matches this term. They will be looking to build on a 2-0 victory over Championship side Millwall in the Carabao Cup on Wednesday.

As with teams managed by Brendan Rodgers, Leicester have been impressive and fluid going forward. The Foxes have however kept just one clean sheet in their five Premier League matches this season and have conceded eight goals in their last four fixtures.

It has been an even worse start to the season for Burnley, who travel to the King Power Stadium 19th on the table. They are also looking to build on their Carabao Cup victory after seeing off League Two side Rochdale in their third-round clash on Wednesday.

Burnley are still seeking their first win of the season and have earned just one point after five matches. They have suffered four defeats already this term and were beaten 1-0 at home by Arsenal in their previous Premier League fixture.

The problem for Burnley this season has been their uncharacteristically leaky defence that has failed to keep a clean sheet. Sean Dyche's men have also conceded nine goals in their five matches this term.

Leicester City are considered favourites among the bookies with a home win priced at 8/13 with SBK. A victory for Burnley is valued at 29/5 by SBK while a draw is set at odds of 16/5 on Unibet.

Leicester City are unbeaten in five of their last six matches against Burnley. The Foxes have also won the last two home meetings, including a 4-2 victory in the most recent fixture at the King Power Stadium.

Jamie Vardy continues to play a pivotal role for Leicester City and has scored three goals in five Premier League matches this season. The veteran striker is priced at 6/5 by Unibet to score anytime.

Leicester City have been vulnerable from set pieces this season which happens to be a strength of Burnley. Striker Chris Wood is priced at 12/5 by bet365 to score anytime while centre-back Ben Mee has already scored from a set piece this term and could be worth keeping an eye on at 22/1 with Paddy Power.

Leicester City and Burnley have looked vulnerable at the back this season and both teams could be backed to score at 22/23 with SBK. The Foxes have also seen over 2.5 goals in three of their last four matches and could be set for a repeat at 10/11 with MansionBet.

Leicester can also be tipped to earn a win and over 2.5 goals at 6/4 with Skybet.

This English Premier League match between Leicester City and Burnley will be played on Sep 25, 2021 and kick off at 15:00. Check below for our tipsters best Leicester City vs Burnley prediction. You may also visit our dedicated betting previews section for the most up to date previews.