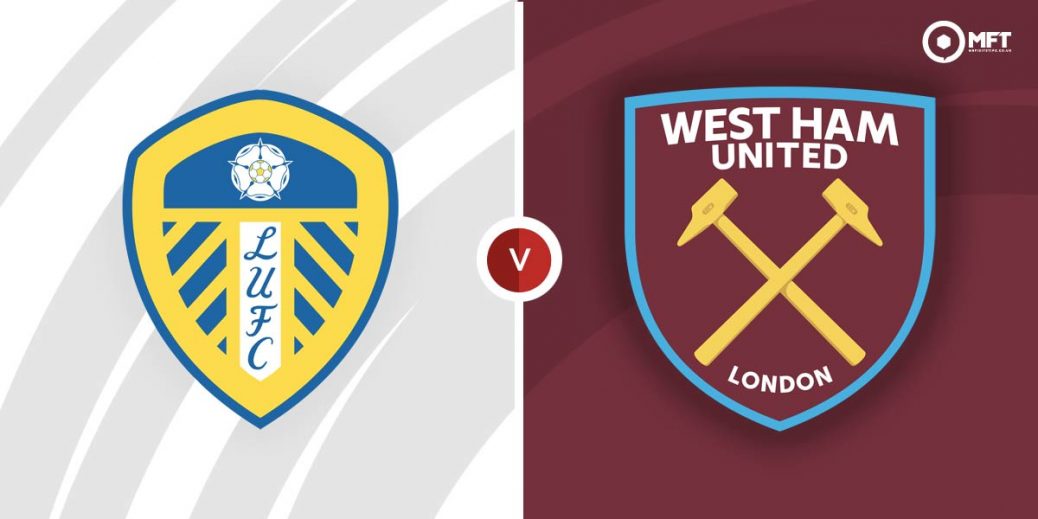 LEEDS will be looking to claim their first Premier League win of the season when they welcome West Ham to Elland Road on Saturday.

Marcelo Bielsa'a men are still waiting to register their first three points of the campaign after opening with three draws and two defeats.

It's not been a disastrous start to the season by any means, but the Whites faithful will have been hoping for more than just three points from their first five fixtures.

Last time out, Leeds played out a 1-1 draw at Newcastle, on a night where both of my recommended bets copped.

Meanwhile, West Ham's unbeaten start to the season was snapped in a dramatic 2-1 defeat by Manchester United at the London Stadium last Sunday, another game which brought up both of my suggested wagers.

However, the east Londoners gained revenge on the Red Devils in the League Cup in midweek, another indication that the Irons could be poised for a strong season under David Moyes' astute management.

Leeds have failed to win their first five Premier League matches of the season and the hosts head into this clash as slight outsiders at 15/8 with SBK while the stalemate is an unfancied 11/4 (SBK) with the same firm.

West Ham emerged victorious from both meetings last term and another Hammers triumph is trading at 6/4 with SBK.

This looks like a tricky fixture to tackle from a betting perspective so I'm going to steer clear of the match result market and instead head to Bet 365‘s Bet Builder.

If we combine over one match goal and each team to see over zero cards we will be presented with an even-money (Bet 365) play that makes plenty of appeal.

All five of Leeds' opening five league fixtures have featured two or more goals, while over 2.5 goal backers would have been rewarded in all but one of West Ham's top-flight tussles this term.

With that in mind, I'm more than happy to side with over one strike at Elland Road on Saturday, but in order to bring about the aforementioned even-money bet, I'll also back each team to go into the book.

Both teams have seen at least one card in all of five of the Whites league outings this season, not to mention the above-mentioned Bet Builder has banked on all five of those occasions.

Indeed, referee Kevin Friend is one of the Premier League's more lenient match officials but it's worth noting that the Bristol-born whistler has booked each team in four of his last six top-flight assignments.

I'll also delve into the goalscorer market where both Angelo Ogbonna and Kurt Zouma are perhaps worth a speculative punt at 14/1 (Bet 365) and 17/2 (PaddyPower) respectively to score anytime.

The Hammers scored a league-high 16 set-piece goals last season, while defending set plays is something that has plagued Marcelo Biela's side since their promotion back to the Premier League, with Leeds shipping no fewer than 15 strikes from dead-ball scenarios last term

The aforementioned Ogbonna notched in the corresponding fixture last season and his defensive colleague Craig Dawson did the damage in east London.

Leeds' set-piece leakage has already reared its head this season and it's something a West Ham team with plenty of height could take advantage of on Saturday afternoon.

This English Premier League match between Leeds United and West Ham United will be played on Sep 25, 2021 and kick off at 15:00. Check below for our tipsters best Leeds United vs West Ham United prediction. You may also visit our dedicated betting previews section for the most up to date previews.