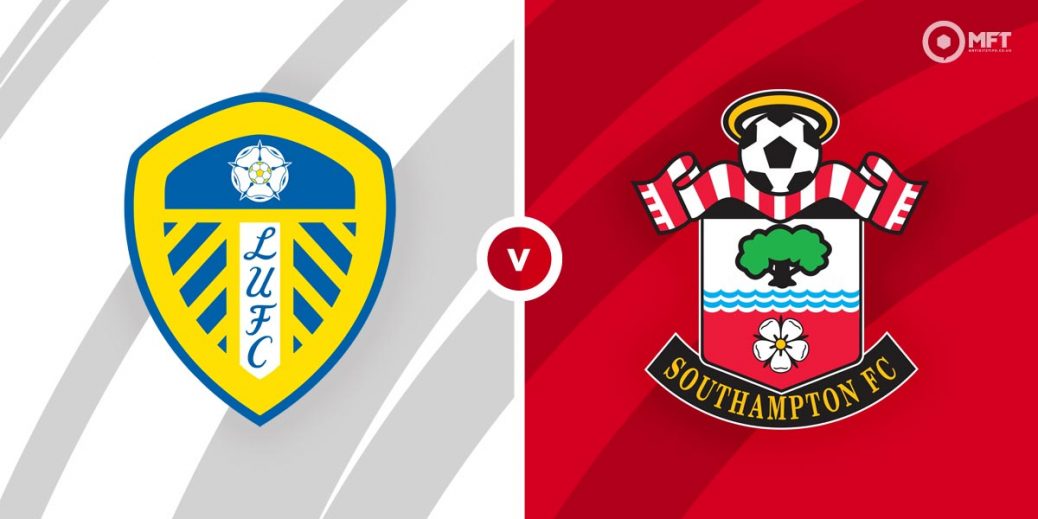 Southampton will attempt to end a seven-match winless run when they travel to Elland Road for a Premier League clash on Tuesday. Neither team has been playing particularly well lately and they often struggle to keep things tight at the back.

The Saints ended a run of six straight defeats with their 1-1 home draw against Chelsea on Saturday. They took a first half Leeds through Liverpool loanee Takumi Minamino, but once again struggled to maintain their defensive solidity and were pegged back by the Blues.

Manager Ralph Hasenhuttl will view the draw as a positive result and will hope to use it as a springboard to turn their season around. Despite their recent poor run, Southampton have claimed some decent results on their travels this season having beaten Aston Villa at Villa pack and claiming draws at Chelsea and Arsenal.

Leeds United also failed to secure a win in their last Premier League outing as they were beaten 1-0 at Wolverhampton Wanderers. It was the second straight defeat for Marcelo Bielsa’s men, who have once again slipped out of the top half of the standings.

The Yorkshire club play an exciting brand of football which has rightly earned them praise this season. However, their style often leaves them exposed at the back as they have the second worst defence in the Premier League after West Brom.

Leeds United’s defensive problems are always made worse without the protection of midfielder Kalvin Phillips in front of the back four. Phillips continues to struggle with a muscle problem and is likely to miss Tuesday’s clash.

Leeds United have won three of their last five home matches and are viewed as favourites for Tuesday’s clash. A home win is priced at 11/9 by SBK, who also value a Southampton win at 28/11 while Vbet is paying 29/11 for a draw.

With both teams looking a bit out of sorts lately, a draw looks to be on the cards here.

Leeds United have the upper hand in this fixture with 31 wins from 61 previous meetings. Southampton have claimed 19 victories while both teams have battled to a draw 11 times.

Marcelo Bielsa’s men won the most recent meeting between both teams, claiming a 3-0 victory in a League Cup clash back in 2012.

Patrick Bamford has taken to life in the topflight with 12 Premier League goals this season. The striker is priced at 5/4 by Skybet to score anytime on Tuesday. Jack Harrison has also been among the goals lately and the betfair is backing the winger at 7/2 in the anytime goalscorer market.

As always Danny Ings will be the one to watch for Southampton with Unibet backing the striker at 11/8 to score anytime as he looks to add to his eight Premier League goals. Another player to keep an eye on is forward Takumi Minamino who is priced at 10/3 with Paddy Power to score anytime having found the net twice in his last three appearance.

The goals market could provide some value on Tuesday with both teams often struggling defensively. Southampton have seen over 3.5 goals in their last two matches and a similar outcome is priced at 8/5 by BetVictor.

The first goalscorer market also provides some interesting options with Patrick Bamford netting the first goal six times this season while five of Danny Ings’ eight goals have been the opener. Unibet has Bamford at 17/4 to score first, while also backing Ings at 24/5 in the same market.

Southampton have gone into the break with a halftime lead in their last two matches. They could be worth a punt for a halftime win with betway offering odds of 11/4.

This English Premier League match between Leeds United and Southampton will be played on Feb 23, 2021 and kick off at 18:00. Check below for our tipsters best Leeds United vs Southampton prediction. You may also visit our dedicated betting previews section for the most up to date previews.