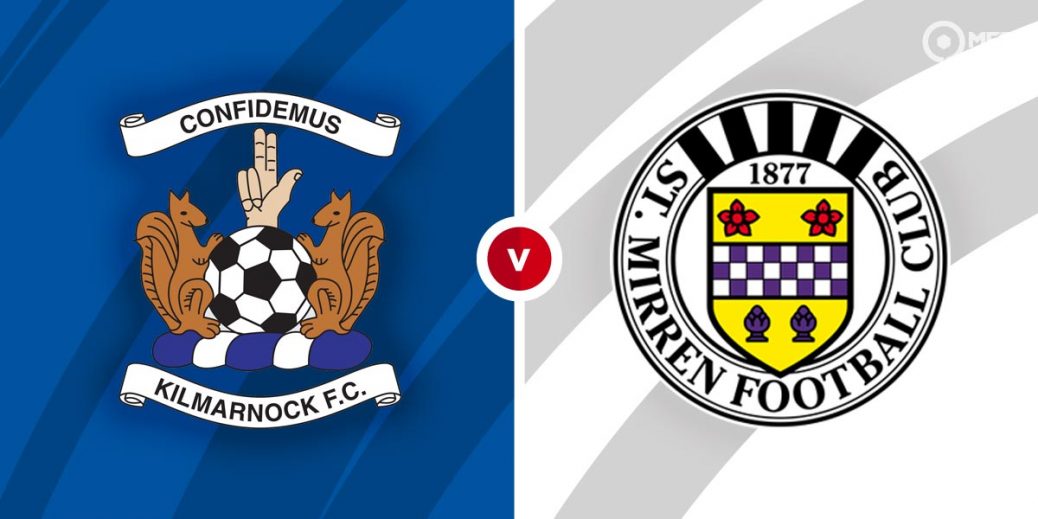 PREMIERSHIP survival remains the top priority for Kilmarnock but they head into this Scottish Cup quarter-final with St Mirren knowing Hampden glory is close at hand.

Tommy Wright's men boosted their hopes of staying up with a midweek win over Dundee United that moved them five clear of rock-bottom Hamilton and two ahead of Ross County.

Killie are now unbeaten in five, winning four of those games, so they will fancy their chances against Saints in the Cup as they bid to turn a poor season into a memorable one.

While the Rugby Park side have been sweating about relegation for pretty much the whole campaign, St Mirren's Premiership status has never really been in doubt.

Jim Goodwin's men would have made the top six had they not conceded a late equaliser in the final game before the split and it has been an excellent season for the Buddies.

But they will desperate to crown it with cup glory after missing a glorious chance to win the League Cup earlier in the campaign. Saints had momentum after knocking out Rangers yet couldn't seize their opportunity as they lost in the semis to Livingston.

That will still be bugging Goodwin and his players but a victory in Ayrshire would book them a return to Hampden for another final-four clash.

This is an incredibly tough one to call with both teams in good form. Kilmarnock are 31/21 with SBK to win inside 90 minutes while the same firm price St Mirren at 39/19 and the draw at 23/10. To qualify, Killie are 8/11 at Betway and the Buddies 11/10 with Paddy Power.

This is the fourth meeting of the sides this season and there's nothing in it, with one win apiece and a 1-1 draw in the last game at Rugby Park. The Buddies snatched that point at the death thanks to a comical own goal from keeper Danny Rogers (below).

They couldn't be separated last term either, with a 1-0 victory for each side before the campaign came to a premature end.

Kyle Lafferty delivered when I tipped him to score in midweek and the striker has been in irresistible form for Killie. He has netted 10 times since arriving in February, including two hat-tricks, and is overpriced at 7/4 with Paddy Power for a goal here.

Jamie McGrath's price for anytime scorer also looks generous at 5/1 with the same firm. The Irish midfielder takes the penalties for St Mirren and has 14 goals for the season.

Games between these sides have been cagey of late, with under 2.5 goals landing in the last six meetings. But that bet is only really worth considering for accumulators at a best 7/11 with Red Zone. Betting against both teams to score is better value at 20/23 with Betfair.

Betting on the half-time draw paid off for me in the quarter-final between Hibs and Motherwell while that also landed in Rangers' tie with St Johnstone. I could easily see a repeat here and it pays evens with TonyBet.

Killie midfielder Alan Power has amassed an incredible 15 cards this term so looks decent value at 6/4 with McBookie to pick up another here.

Betway have some interesting requested bets, with under 2.5 goals combined with over 9.5 corners paying a decent 13/8.

This Scottish Cup match between Kilmarnock and St Mirren will be played on Apr 26, 2021 and kick off at 19:45. Check below for our tipsters best Kilmarnock vs St Mirren prediction. You may also visit our dedicated betting previews section for the most up to date previews.