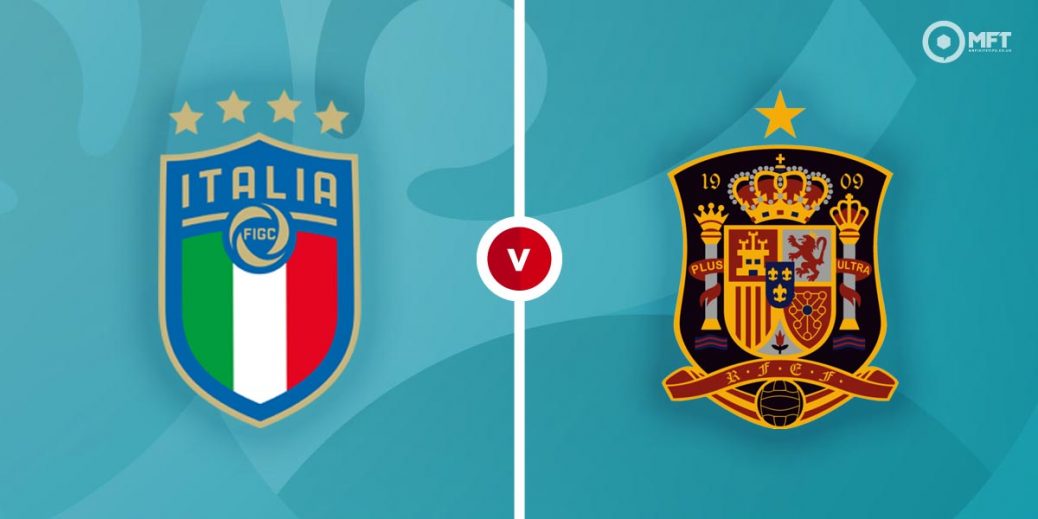 ITALY'S unbeaten run now stands at an incredible 32 games and they will be hoping that momentum can help them see off Spain to reach the Euro 2020 final.

The Azzurri have been the best team to watch at the tournament and Roberto Mancini has done an incredible job when you consider Italy failed to qualify for the last World Cup.

They had a perfect qualifying campaign for the Euros and still haven't put a foot wrong at the finals, although VAR saved them from defeat against Austria in the last 16 before the Italians eventually prevailed in extra time.

I thought their quarter-final clash with Belgium would be cagey but instead we were treated to a classic as Mancini's team won 2-1 against the world's No.1 ranked side.

Now they face a Spain side who remain a bit of an enigma despite blazing a trail to the semi-finals. Luis Enrique's men are the tournament top scorers with 12 goals but that tally should be a lot higher.

The likes of Alvaro Morata and Gerard Moreno have missed a lot of chances and profligacy in front of goal almost cost the Spaniards dear against Switzerland in the last eight.

The 10-man Swiss took the game all the way to penalties but Bilbao keeper Unai Simon got his misfiring team-mates off the hook by emerging as the hero.

Italy are favourites to go through at 4/5 with most firms while Spain are a best 11/9 with SBK to reach the final. For a win inside 90 minutes you can get 19/12 at SBK on the Azzurri while the same firm price the Spanish at 11/5. The draw at 90 minutes pays 23/10 and shouldn't be ruled out.

There has been nothing between these sides throughout history with the 19 meetings producing five wins apiece and nine draws. Spain romped to a 3-0 win when these sides last met in a 2018 World Cup qualifier (below) but Italy had gone three unbeaten before that, including a 2-0 victory at Euro 2016.

Lorenzo Insigne was named man of the match in that thriller against the Belgians after scoring a stunning long-range strike. The Napoli livewire is 57/17 with SportNation for anytime scorer here and 9/2 with McBookie for an assist. If you fancy him to be named UEFA's man of the match again then Bet365 will give you odds of 9/1.

It's hard to know who will start up front for Spain as Enrique (below) has been chopping and changing a fair bit. Ferran Torres was the only forward to last the distance against Switzerland and the Manchester City star is 4/1 at Unibet for anytime scorer. He let me down when I backed him for an assist in that game but McBookie price him at 7/1 to set up a goal here and that looks overpriced.

On the evidence of both team's games so far at these finals, it should be an open and entertaining match. Over 2.5 goals is priced 39/25 at SBK and that stands a chance as four of Italy's five games at the Euros have delivered three goals. Both teams to score also looks a good price at 21/20 with SportNation.

Neither team has been sticking the boot in, with Italy collecting just four yellows across the whole tournament and Spain only five. Refs have generally been quite lenient too so I fancy under 3.5 cards at 23/20 with McBookie.

There are some interesting requested bets out there and I like the look of the evens on offer at William Hill for Spain to win over one corner in each half. The same firm are also offering 6/5 on Italy qualifying and under four goals which looks another good option.

This Euro 2020 match between Italy and Spain will be played on Jul 6, 2021 and kick off at 20:00. Check below for our tipsters best Italy vs Spain prediction. You may also visit our dedicated betting previews section for the most up to date previews.