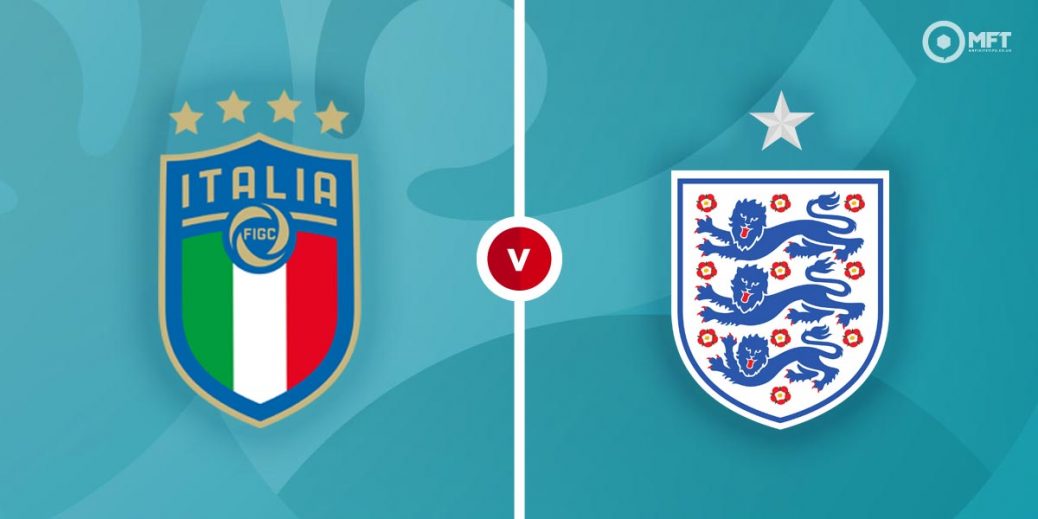 ITALY and England will battle it out in a blockbuster final to bring the curtain down on Euro 2020 at Wembley on Sunday night.

English football fever has reached a new peak of excitement following the Three Lions hard-fought 2-1 win against Denmark on Wednesday.

As such, the English footballing nation is dreaming of glory this weekend but standing in their way is an Italy side who have been a resurgent force under Roberto Mancini.

I tipped the Italians as a tasty 11/1 each-way selection ahead of the tournament and anyone who backed them in such a way will be guaranteed a payout after Italy's dramatic semi-final shootout win over Spain.

The Azzurri inexplicably failed to qualify for the last World Cup so this Wembley showpiece represents something of a final stop on the road to redemption for an Italy team who have been one of the most impressive sides at Euro 2020.

Unbeaten in their last 33 matches, Italy are trading at even-money (Bet 365) to lift the trophy and 2/1 with the same firm to win inside 90 minutes.

An all-square affair after 90 minutes – an outcome that would set up the pressure cooker of extra-time and potential penalty-kicks – pays 2/1 (William Hill).

England enter their first final of a major tournament in over half a century as 5/6 (William Hill) favourites but the odds increase to 7/4 (SportNation) for a win without extra-time or penalties.

With home advantage on their side, England are worthy favourites here but they are unlikely to have things all their own way against the tactically-astute Italians so I'm going to swerve the match result market.

My recommended Bet Builder banked during England's 2-1 semi-final success against Denmark and I'm going to side with a similar combination under the famous Wembley arch on Sunday night.

If we combine over zero England goals, over two England corners and over zero Italy cards we can get some 21/20 (Bet 365) and that looks like a nice angle of attack.

Indeed, Italy's unbeaten streak can be attributed to their ultra-impressive defensive displays but their backline has been breached in each of their last three outings, while star-studded England have made the net bulge in 23 of their last 26 meaningful matches on home soil.

What's more, Gareth Southgate has a superior pool of attacking talent at his disposal and the England chief has demonstrated throughout the tournament that he has a knack for employing his substitutes at the right time.

With that in mind, coupled with the fact that the Three Lions will be roared on by a raucous Webley crowd, I'll back England to grab at least one goal on Sunday night.

In order to nudge up the price, I'll throw over two England corners into the equation – something that Southgate's side have managed in each of their last four outings when playing at their London base.

I'll complete the Bet Builder with over zero Italy cards – the Azzurri are averaging just over one caution per game at Euro 2020 while all five of England's guests have seen at least one card when trying to tame the Three Lions on the hallowed Wembley turf.

One player who could be worth considering for a card is Italy's midfield maestro Jorginho who is 4/1 (Bet 365) go into Dutch whistler Bjorn Kuipers' notebook.

Jorginho was fortunate not to have his name taken against Spain last time out and given what's at stake here, I reckon the Azzurri ace represents a bit of value to be carded as Euro 2020 reaches its dramatic climax.

This Euro 2020 match between Italy and England will be played on Jul 11, 2021 and kick off at 20:00. Check below for our tipsters best Italy vs England prediction. You may also visit our dedicated betting previews section for the most up to date previews.