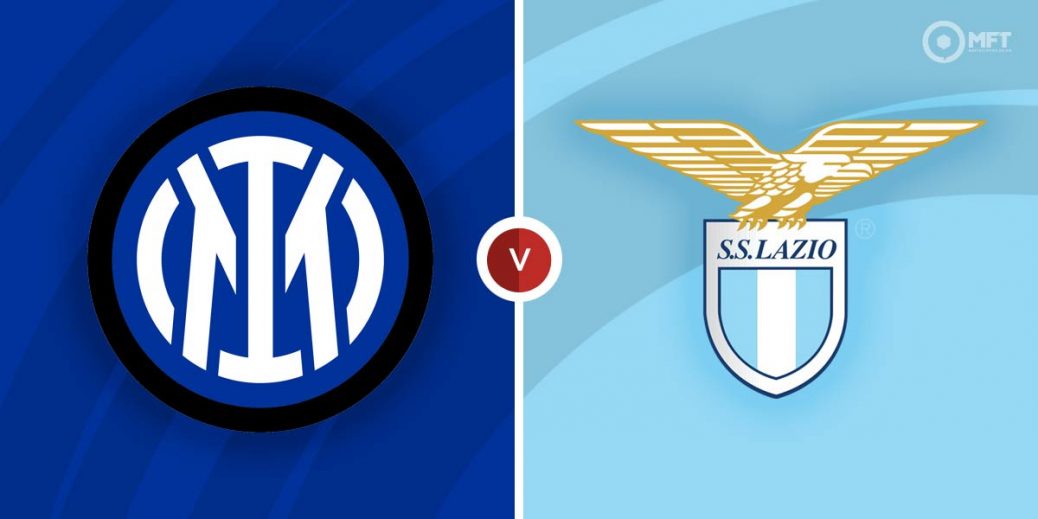 The task for Inter Milan heading into the second half of the season will be to strengthen their grip at the top of Serie A. They host Lazio on Sunday and with the capital club still battling inconsistency, the champions will fancy their chances here.

Inter Milan were not in midweek Serie A action as their fixture against Bologna was cancelled after a COVID-19 outbreak in the hosts’ camp. Despite not playing, the champions are still top of the table, although their lead has been cut to just one point.

The Nerazzurri were the team to beat in the first half of the season and the task coming into the new year will be to consolidate their lead. Manager Simone Inzaghi will be keen for his team to maintain their momentum having won their last seven Serie A matches.

Home form has been pivotal for Inter Milan who are unbeaten at the San Siro this season. They have won their last five matches on their own turf, including a 1-0 victory over Torino in their most recent home fixture.

Lazio appear to have carried their erratic form into the new year as they were held to a 2-2 home draw by Empoli on Thursday. A slow start saw them fall two goals down but they fought back to earn the point thanks to a brace from Sergej Milinkovic-Savic and an effort from Ciro Immobile.

The nature of the result points to a problem that has plagued Lazio all season as they are still struggling to maintain their discipline at the back. They are without a clean sheet in their last eight Serie A matches with a 4-0 defeat to Napoli and a 4-4 draw with Udinese highlighting how vulnerable their backline is.

Maurizio Sarri’s men have also found things difficult on their travels this season, claiming just two wins from their last nine away matches in Serie A . They also struggle against the top sides and have been beaten by Napoli, Juventus and AC Milan this season.

Inter Milan are considered overwhelming favourites among the bookies at 12/5 with novibet while an unlikely victory for Lazio is valued at 7/1 with BetVictor. MansionBet is offering odds of 4/1 for a draw.

Inter Milan have only lost one Serie A fixture this season which was a 3-1 defeat in the reverse fixture to Lazio. The champions have won the last two meetings at the San Siro, including a 3-1 Serie A victory last February.

Lautaro Martinez impressed in the first half of the season, scoring 11 goals in 17 Serie A matches. The Argentina striker was on target in the last meeting at the San Siro and could be tipped to get on the score sheet at 20/21 with bet365.

Ciro Immobile remains one of the leading scorers in Serie A this season with his effort against Empoli taking his tally to 14 goals. The striker was also on target in the reverse fixture and is priced at 7/4 by Vbet to find the net on Sunday.

The last two matches between Inter Milan and Lazio have produced over 3.5 goals which is priced at 6/4 with Sport Nation. Both teams were on target in the second half in their last meeting at the San Siro and Sunday’s clash could follow a similar pattern at 9/4 with bet365.

Inter Milan are expected to emerge victorious here and could be tipped to earn a win and over 3.5 goals at 21/10 with bet365.

This Serie A match between Inter Milan and Lazio will be played on Jan 9, 2022 and kick off at 19:45. Check below for our tipsters best Inter Milan vs Lazio prediction. You may also visit our dedicated betting previews section for the most up to date previews.