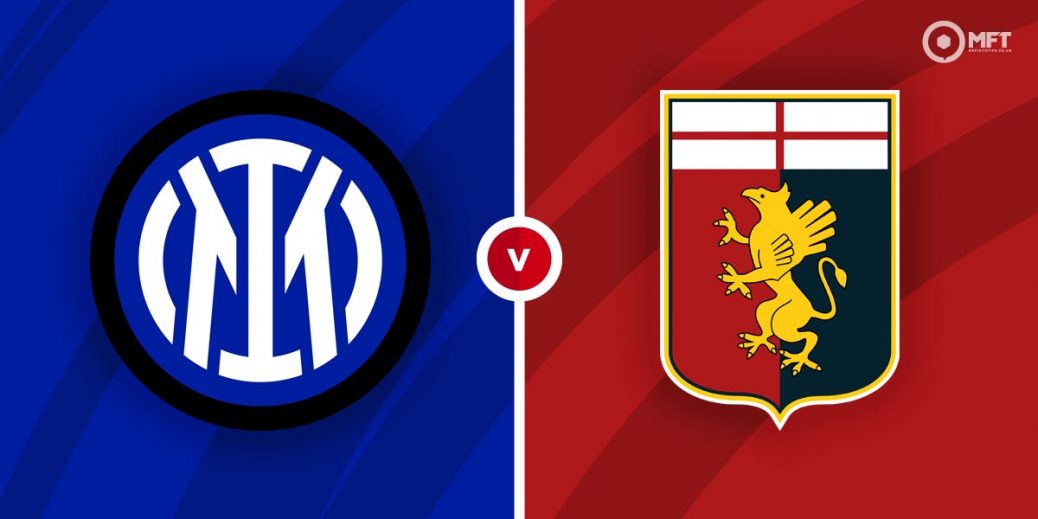 Inter Milan begin the defence of their Italian Serie A title with a clash against Genoa at San Siro. The champions are heading into a transitional season under a new manager but should still have enough to start their campaign with a comfortable home win.

Inter Milan cruised to the Scudetto last season as they finished 15 points clear at the top of the table. They begin the new season without manager Antonio Conte and star striker Romelu Lukaku, who has sealed a move to Chelsea.

Lukaku has been replaced by Edin Dzeko, who has vast experience in Serie A while new boss Simone Inzaghi will be looking to make the step up from managing Lazio. Inter Milan appeared to cope well in preseason under their new manager as they claimed three wins from four matches with Dzeko scoring in a 3-0 victory over Dinamo Kiev in their final warm-up fixture.

Home form was key to Inter Milan’s success last season as they suffered just one defeat at San Siro. They have also won their last 16 home matches and will be keen to extend that run on Saturday.

Genoa travel to Inter Milan off the back of a 3-2 victory over Perugia in their final preseason fixture. They fought back from two goals down with Domenico Criscito and Yayah Kallon on target.

Davide Ballardini's men had a solid preseason campaign as they look to improve on their 11th place finish last season. Genoa suffered just one defeat in four matches, although they mostly faced lower league sides from Austria, Germany and Italy.

Genoa did not have a great end to the season last term and suffered three defeats in their final five matches. They also struggled on their travels with five defeats in their last eight away matches in Serie A.

Inter Milan have been installed as overwhelming favourites and are priced at 7/20 by betway to claim the win. An unlikely victory for Genoa is valued at 9/1 with BetVictor while a draw is set at odds of 9/2 by Skybet.

Inter Milan’s superior record at San Siro should give them the edge and I am backing a comfortable home win here.

Inter Milan have a 22-8 advantage with five draws from 35 previous matches against Genoa. They have won the last six meetings without conceding a goal with the most recent fixture at San Siro ending 3-0.

Even in the absence of Romelu Lukaku, Inter Milan have plenty of attacking quality in their squad with Lautaro Martinez and Alexis Sanchez. Edin Dzeko has looked lively in preseason and all three men can combine to produce over 1.5 goals for the home team at 2/5 with bet365.

Inter Milan had one of the best defences in Serie A last season and have lost none of their quality at the back. Milan Skriniar and Stefan De Vrij are likely to feature in central defence and will be confident of keeping a clean sheet at 29/25 with Sporting Index.

Inter Milan have won to nil in their last six matches against Genoa and can be backed for a repeat at 11/8 with Sporting Index. A -1 handicap could also be considered at evens with Red Zone.

Inter Milan could be tipped as the only team to score at 5/4 with bet365 while they are also likely to win both halves at 21/10 with Sporting Index.

This Serie A match between Inter Milan and Genoa will be played on Aug 21, 2021 and kick off at 17:30. Check below for our tipsters best Inter Milan vs Genoa prediction. You may also visit our dedicated betting previews section for the most up to date previews.