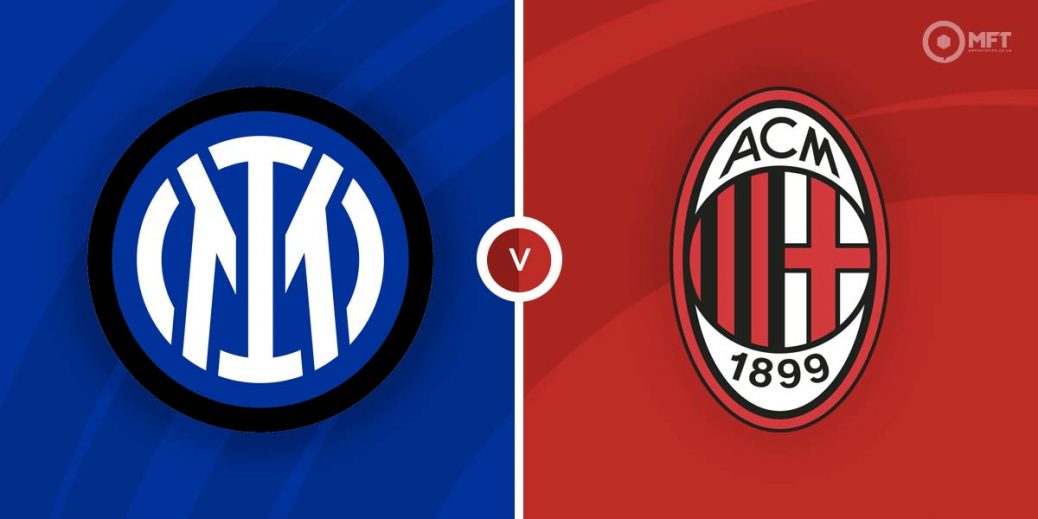 AC Milan will be looking to snap out of a mini slump as they face bitter rivals Inter Milan in a top of the table clash in Serie A. The Milan derby is often a closely fought contest but with the Rossoneri looking slightly out of sorts lately, Inter will fancy their chances here.

Inter Milan are looking well on course for a successful title defence as they sit four points clear at the top of Serie A with a game in hand. Simone Inzaghi’s men have suffered just one Serie A defeat this season and are currently on a 15-match unbeaten run in the league.

The Nerazzurri earned a 2-1 victory over Venezia in their Serie A fixture prior to the international break. They fought back from a goal down with Nicolo Barella netting the equaliser while Edin Dzeko grabbed the winner on the stroke of 90 minutes.

Although both teams use the same stadium, Inter Milan are technically the home side on Saturday and have won their last seven matches at the San Siro. One blemish in an otherwise stellar campaign is a slight defensive vulnerability which has seen them concede in their last two home matches.

AC Milan made a bright start to the season, first going toe-to-toe with Napoli earlier in the campaign before appearing to challenge Inter Milan. However, they seem to be falling away and have now dropped to third, four points off the champions.

The Rossoneri are in the middle of a slump and are winless in their last two Serie A matches. First, they were beaten at home by struggling Spezia before playing out a 0-0 draw with Juventus in their previous fixture.

The defeat to Spezia will be particularly disappointing for manager Stefano Pioli as they led at the break before conceding twice in the second half. AC Milan have kept just two clean sheets in their last seven Serie A matches.

Inter Milan have the edge among the bookies and are priced at 7/8 by betway to claim the win. A victory for AC Milan is valued at 7/2 by Vbet while a draw is set at odds of 57/20 by MansionBet.

Inter Milan are unbeaten in the last three matches against AC Milan, claiming two wins and a draw in that run. Both teams battled to a 1-1 draw in the reverse fixture back in November.

Edin Dzeko ended a lengthy drought with his goal last time out and will be keen to pick up where he left off before the international break. The Bosnian striker now has nine Serie A goals and could be tipped at 5/4 with bet365 to get on the score sheet on Saturday.

Rafael Leao could be worth keeping an eye on for AC Milan having scored three goals in his last five matches across all competitions. Bet365 has the Portuguese forward at odds of 11/4 to find the net on Saturday.

There have been over 2.5 goals in two of Inter Milan’s last three Serie A matches and a similar outcome is priced at 14/19 with Sport Nation. Given the attacking quality both clubs possess, over 3.5 goals could also be considered at 15/8 with Unibet.

Both teams had first half goals in the reverse fixture and a repeat could be on the cards at 61/20 with Sporting Index.

This Serie A match between Inter Milan and AC Milan will be played on Feb 5, 2022 and kick off at 17:00. Check below for our tipsters best Inter Milan vs AC Milan prediction. You may also visit our dedicated betting previews section for the most up to date previews.