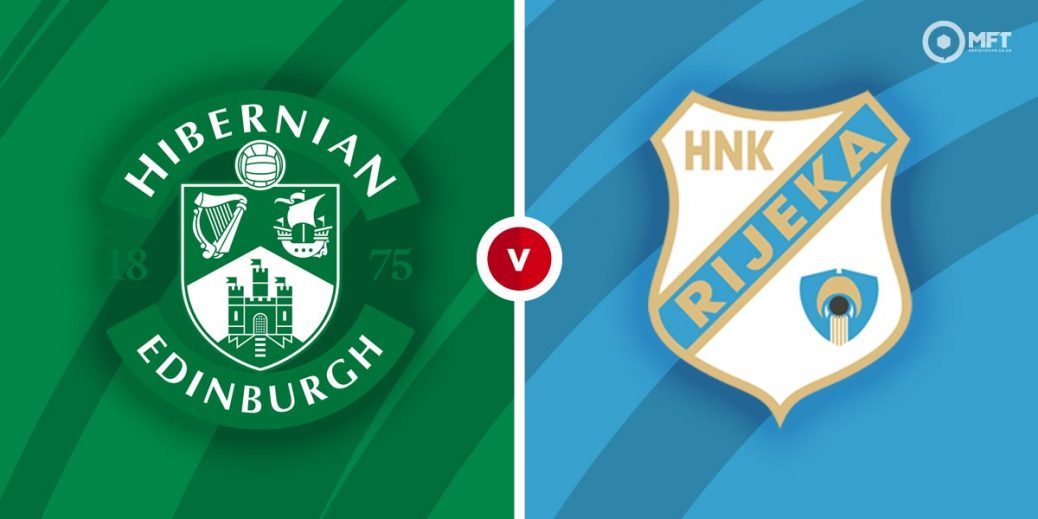 HIBERNIAN have made a good start to the new campaign but now face a step up in class as they take on HNK Rijeka in the Europa Conference League qualifiers.

The Hibees won both legs of their first qualifier against minnows Santa Coloma, although they had to survive a few scares in Leith and Andorra.

Joe Newell's first-half red card made the 3-0 win at Easter Road more fraught than it should have been while Santa Coloma took the lead back at home before two quickfire goals saved the Hibees' blushes.

Jack Ross' men followed that up with another rollercoaster ride in their Premiership opener, coming from behind to beat Motherwell 3-2 in a match where our man Mark landed a full house of tips.

But Hibs will need to defend better if they are to stand a chance of getting past a dangerous Rijeka side to reach the play-off round.

Goran Tomic's men drew 3-3 with Croatian champions Dinamo Zagreb at the weekend so that sums up the kind of damage they can inflict.

And Rijeka kept clean sheets in their four games before that, showing that they can also keep it tight at the back.

This is a tough one to call and it's reflected in the odds with Hibs 13/10 at most firms, Rijeka a best 21/10 with McBookie and the stalemate paying 9/4 at the same firm.

These sides have never faced off before but Rijeka have been a familiar foe for Abereen in recent seasons. The Dons knocked them out 5-2 on aggregate in the 2015 Europa League qualifiers (below) but the Croatians got their revenge with a 4-0 aggregate triumph four years later.

Martin Boyle has made a flying start to the season for Hibs, netting three goals in his first two games. The winger scored a penalty at Motherwell so it looks like he's on spot-kick duties and that makes him good value for a goal at 15/8 with McBookie.

Issah Abass scored a double for Rijeka against Dinamo Zagreb and should be the biggest threat to Hibs. The on-loan Mainz forward is also 15/8 with McBookie for another goal.

On the evidence of the weekend action, this should be a thriller with both sides scoring three times while failing to keep the door shut at the back.

Hibs have failed to convince defensively in all of their games so far and that makes BTTS appealing here at 10/11 with Mansionbet, with SportNation also offering 6/7.  Over 2.5 goals also looks good at 6/5 with Paddy Power.

The cards have been racking up in games involving the Hibees, with 15 yellows and three reds flashed in their first three games. Most of them came from card-happy Icelandic ref Vilhjalmur Thorarinsson but there could still be a few flying tackles in this clash. The bookies haven't priced up that market yet but it could be worth requesting a price for over  3.5 cards.

This UEFA Europa League Conference match between Hibernian and HNK Rijeka will be played on Aug 5, 2021 and kick off at 19:45. Check below for our tipsters best Hibernian vs HNK Rijeka prediction. You may also visit our dedicated betting previews section for the most up to date previews.