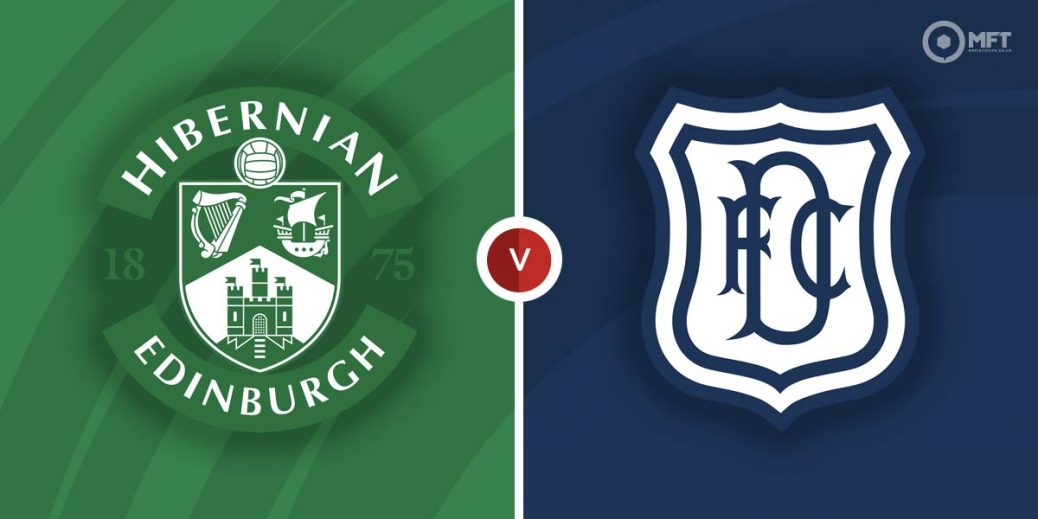 HIBERNIAN can't buy a win in the SPFL Premiership at the moment and this clash with Dundee is their last chance to get a much-needed morale boost before Sunday's League Cup Final at Hampden.

It's now just one victory in 10 league games for the Hibees and even that was secured thanks to a late goal against 10-man St Johnstone in Perth last month.

Jack Ross paid the price for that slump when he was sacked last week and David Gray took temporary charge for the weekend trip to St Mirren.

Hibs looked set to end their horror run when they took the lead in Paisley but familiar frailties were in evidence again as they shipped a late equaliser to Joe Shaughnessy.

So they desperately need to find some form before their Hampden date with Celtic on Sunday but the Easter Road men won't get it easy against a dangerous Dundee side.

The Dark Blues had boosted their survival hopes with a run of three wins in four games but head into this game on a downer again after back-to-back defeats in the Premiership.

I fancied their clash with fellow strugglers Ross County to be a thriller on Saturday and that's how it panned out with the Staggies grabbing a late winner to claim a 3-2 victory.

That has left James McPake's men level on points with County and just two clear of rock-bottom St Johnstone so Dundee need a win just as much as Hibs.

Despite their horrendous run of form, Hibs are odds-on favourites here at a best 7/10 with SkyBet. Dundee are as big as 9/2 with SBK while the draw pays 29/10 at Unibet.

Hibs have been a bogey team for Dundee and they are unbeaten in the last 11 meetings since a 3-1 loss at Dens in 2012. But it ended level when these sides met earlier this season as they fought out a 2-2 thriller at Dens (below).

Martin Boyle let me down when I tipped him for a goal in Paisley and it's now five games without a goal for the Aussie international. But the Hibs livewire (below) is too good a player for that bad run to continue and looks overpriced at 8/5 with Paddy Power for a goal against his old club.

It would be cruel for the Hibees if old boys Jason Cummings or Leigh Griffiths came back to haunt them here. But both started on the bench at the weekend, with Luke McCowan scoring both Dundee goals in Dingwall. The former Ayr United man has three in his last four and is a tempting 21/4 at Unibet for anytime scorer.

Dundee's only blank in their last six games came at Ibrox so they should get some joy against a leaky Hibs defence. Both teams to score is priced 21/20 at William Hill and that looks a good option.

We saw four goals when these sides last faced off at Dens so that makes over 2.5 goals appealing here at 11/10 with SBK.

Ill discipline has cost Hibs this season and they picked up four more yellows in Dingwall, including one for Darren McGregor that brought up my 15/4 bet. Eight cards were shown in that 2-2 draw at Dens earlier this season so it could pay to go for cards when the bookies finally price that market up.

This Scottish Premiership match between Hibernian and Dundee will be played on Dec 14, 2021 and kick off at 19:45. Check below for our tipsters best Hibernian vs Dundee prediction. You may also visit our dedicated betting previews section for the most up to date previews.