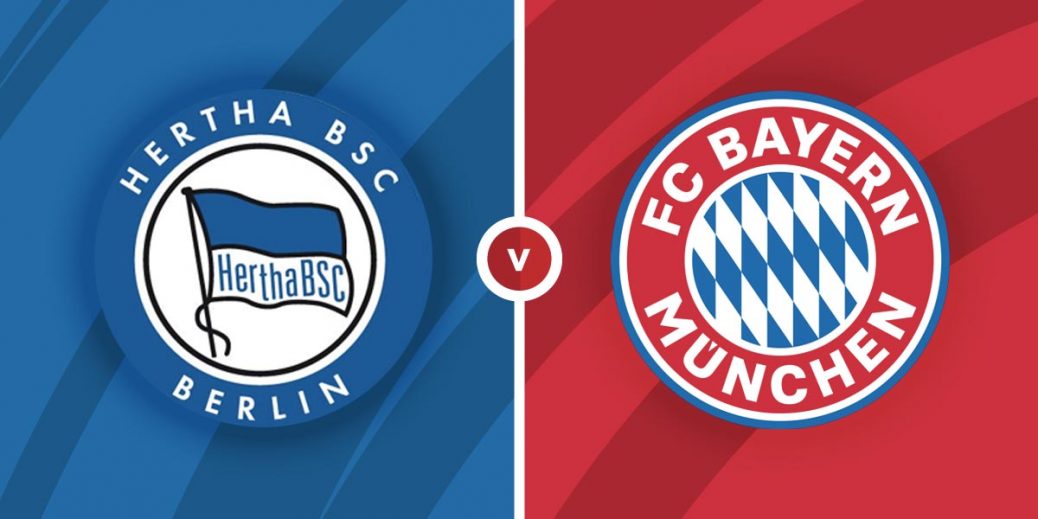 BAYERN MUNICH are on the charge in the Bundesliga and they will smell blood when they travel to beleaguered Hertha Berlin on Friday night.

The Bavarians occupy their familiar position at the top of the table and head into this clash having won each of their last four league fixtures.

That routine victory kept Bayern seven points clear at the top of the Bundesliga and they will fancy their chances of extending their lead at the summit of the standings when they make the trip to the capital this weekend.

The Berliners are in the midst of yet another period of turmoil and the Hertha hierarchy recently took the decision to bin boss Bruno Labbadia and then swiftly reappoint Pal Dardai.

The Hungarian endured a baptism of fire upon his return to the dugout last Saturday as the Old Lady were swept aside 3-1 at Frankfurt, and the new Hertha Berlin boss now faces a daunting home clash with the European champions.

Hertha Berlin have failed to topple Bayern Munich in 19 of the last 20 meetings and the hosts are huge underdogs here at 8/1 with TonyBet, while the draw is also deemed unlikely at 6/1 with Bet 365.

Bayern Munich have triumphed in 17 of their last 20 German top-flight road trips and another away win pays a best 3/10 with UniBet.

There is little value in siding with the league leaders at the aforementioned odds, however, we can get some 93/100 (Bet 365) by backing Bayern to overcome a -1.75 start on the Asian Handicap.

Taking this approach would deliver profit if Hansi Flick's star-studded side win by two or more goals, something Bayern have managed in 50% of their Bundesliga victories this season to date.

What's more, the men from Munich are averaging three goals per game in the Bundesliga this season and it's worth noting that German giants have notched up two or more strikes in seven of their last eight league fixtures.

Hertha Berlin, meanwhile, are hurtling towards the relegation zone and their brittle backline have shipped at least three goals in their three Bundesliga matches.

Such defensive frailty does not bode well ahead of a Friday night dust-up with FC Hollywood, not to mention the above-mentioned betting angle would have banked profit in 7/10 Hertha Berlin league defeats this season.

With that in mind, I'm more than happy to back Bayern Munich to overcome a -1.75 start on the Asian Handicap at the Olympiastadion on Friday night.

I'll also have a small play on Bayern Munich to be winning at both half time and full time in Berlin, a 5/6 shot with BetVictor.

Bayern have been leading at the interval before triumphing in each of their last four Bundesliga bouts and a repeat here looks like a nice way of trying to squeeze some value out of an away victory.

This German Bundesliga match between Hertha Berlin and Bayern Munich will be played on Feb 5, 2021 and kick off at 19:30. Check below for our tipsters best Hertha Berlin vs Bayern Munich prediction. You may also visit our dedicated betting previews section for the most up to date previews.