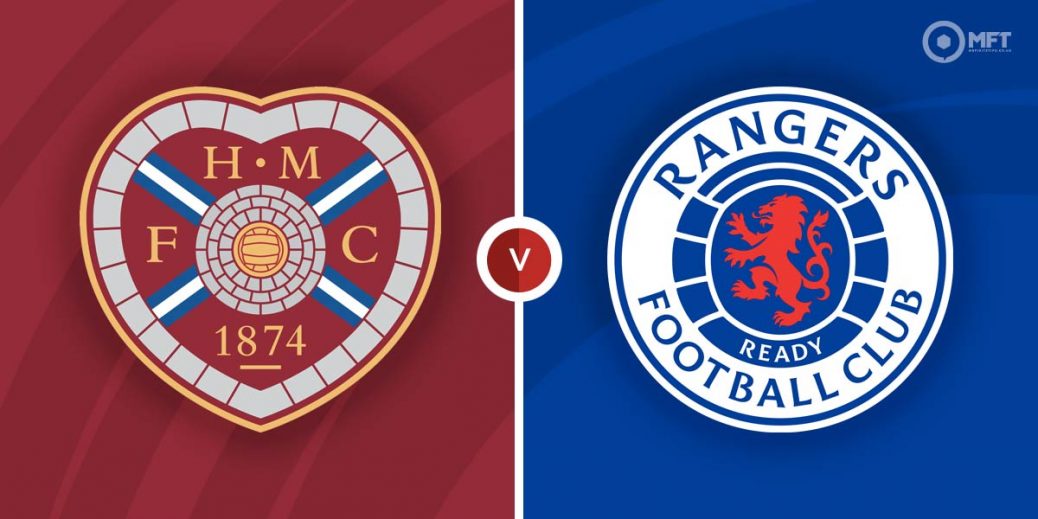 HEART OF MIDLOTIAN will bring the curtain down on their first season back in the Scottish Premiership with a home match against Rangers on Saturday.

Following their promotion back from the second tier last season, the Jambos have enjoyed a seamless transition into life back in the top flight, with Robbie Nielson’s side comfortably cementing their status as the best of rest.

Having already guaranteed European group stage football next season, this game is likely to serve merely as a dress rehearsal for next weekend's Scottish Cup final at Hampden for Neilson and Co.

As for Rangers, they return to action just three days after a 4-1 win over Ross County, on a night where Giovanni van Bronckhorst’s side were officially dethroned as champions.

The Ibrox side themselves have bigger fish to fry as they get set to take on Eintracht Frankfurt in Wednesday's Europa League final in Seville.

With rotation from both of managers a high possibility here, the Teddy Bears' trip to Tynecastle has the look of a final day dead-rubber between two teams with other priorities.

Hearts, who are without a win in three attempts against Rangers this season, head into this game as 13/7 (SBK) outsiders while a share of the spoils can be backed at 13/5 (SBK) with the same firm.

Despite losing just one of their last 18 last Scottish top-flight road trips, Rangers arrive in Gorgie as odds-against 24/19 shots with SBK.

It's difficult to be tempted about either team here so I'm going to steer clear of the outright betting and instead combine over zero Hearts goals and Hearts with a + 1 start on the handicap at 4/5 with William Hill.

As already alluded, both managers will almost certainly rotate their resources on Saturday and I suspect Gers boss van Bronckhorst will shuffle his pack significantly with one eye on next midweek's showpiece in Seville.

With this in mind,  as well as the fact that Rangers' defensive standards have slipped this season, I'm more than happy to back Hearts to strike at least once on Saturday.

Only Celtic and Rangers have scored more goals in the Scottish Premiership than the Jambos this term, with Robbie Neilson's team notching at least once in 30 of their 37 league outings this season so far.

It's also worth pointing out that Rangers have conceded at least one goal in 13 of their 18 road trips to date, not to mention the Light Blues' backline has been breached in five of their last seven league games.

With all things considered, coupled with Hearst's strong record at home this season, the aforementioned Bet Builder could be worth considering in what is a very tricky end of season affair to call in the capital.

Elsewhere, I'll also dip into the anytime goalscorer market and have a nibble on the 11/4 on offer with Bet 365 for Rangers' Amad Diallo to get on the scoresheet.

After impressing and scoring in each of his last two appearances, the Ivorian should get a run out this weekend and he looks worthy of some interest to grab another goal in a game that is little more than a glorified friendly.

This Scottish Premiership match between Hearts and Rangers will be played on May 14, 2022 and kick off at 12:15. Check below for our tipsters best Hearts vs Rangers prediction. You may also visit our dedicated betting previews section for the most up to date previews.