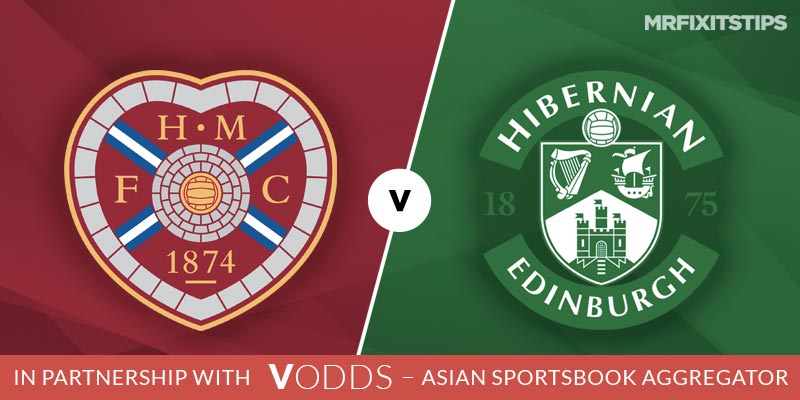 IT has been a miserable Christmas down Tynecastle way and Hearts fans will now be dreading even more gloom as bitter rivals Hibs prepare to come calling.

The Jambos slumped to the foot of the Premiership table with a morale-sapping defeat at Hamilton on Saturday, their third straight loss under new boss Daniel Stendel (below).

While Hibs got a lift from the arrival of Jack Ross in the dugout, winning three of his first five games, the same thing hasn't happened across the city.

Two of Stendel's first three games came against sides who were bottom of the table at the time, St Johnstone and Hamilton, yet Hearts ended up losing both matches.

Stendel has admitted his side face a relegation battle for the rest of the season and a derby defeat could cut them further adrift at the bottom.

Few Jambos will be will be confident of claiming the Edinburgh bragging rights but they can take some solace from the fact Hibs have lost their last two games.

Both those losses came to the Old Firm but the performance against Rangers was dismal last time out. I fancied the Hibees to make a game of it and at least get on the scoresheet but they were totally outclassed by Steven Gerrard's side.

Form often goes out the window in a derby game and that's reflected in the odds here, with no side a clear favourite. Hearts are 13/8 with Betfair, Hibs a best 9/5 at Betway and the stalemate 49/20 with Marathonbet.

The Jambos were in equally poor form heading into the first derby, which was dubbed El Sackico with Craig Levein and Paul Heckingbottom both on the brink, but ended up winning 2-1.

I wouldn't rule out the draw but the odds on a Hibs win tempt me because they have improved under Ross and Hearts have been so abject in recent games.

Things have been pretty even of late in the battle for capital supremacy. Although Hearts won the last meeting thanks to a screamer from youngster Aaron Hickey (below), no side has dominated the fixture in the last few seasons.

There was a win apiece and two draws last term while the previous campaign saw two Hearts victories, two Hibs triumphs and one stalemate.

Both the victories last season went to the away team so that increases my faith in a Hibees success here.

A major reason for Hearts' poor form this season has been Steven Naismith's injury woes. The Scotland striker has managed just nine appearances and the Jambos need to get him into a rhythm.

Naismith could only manage 45 minutes against Hamilton before being forced off again and is unlikely to be fit to start in the derby.

Stendel at least has skipper Christophe Berra back from a ban while Hibs be without stopper Ryan Porteous due to suspension following his shocking tackle on Rangers' Borna Barisic.

Martin Boyle's return to fitness has played a part in Hibs' resurgence under Ross and his pace could trouble a Jambos defence in disarray.

The Aussie international is 7/2 with Ladbrokes in the anytime scorer market here and that looks decent value.

Stendel has done a lot of experimenting since taking over and is still trying to work out what his best side is. But I'd be surprised if battering ram Uche Ikpeazu didn't start in what could turn into a battle.

The big striker's last goal came in the derby at Easter Road in September and also netted against Hibs last season so this fixture clearly suits him. Ikpeazu is 5/2 with Betway for a goal here and that appeals.

The card markets have been pretty profitable for me with these sides in recent games. I tipped Celtic's Scott Brown to be booked against the Jambos and it came up inside 20 minutes.

I flagged up a red card in Hibs' clash with Gers being overpriced at 4/1 and that's how it panned out thanks to Porteous while Jason Naismith also delivered at 10/3 after I backed him to be carded.

The Edinburgh derby is usually fiery but the card markets haven't been priced up yet. I will post an update when the odds land.

Goals can be thin on the ground in this derby so try not to both teams to score at 11/10 with BetVictor, especially with Hearts in such poor form up front. Under 2.5 goals should also come up and it's 21/25 with Marathonbet.

This Scottish Premiership match between Hearts and Hibs will be played on Dec 26, 2019 and kick off at 12:00. Check below for our tipsters best Hearts vs Hibs prediction. You may also visit our dedicated betting previews section for the most up to date previews.