Heart of Midlothian vs St Johnstone Prediction and Betting Tips 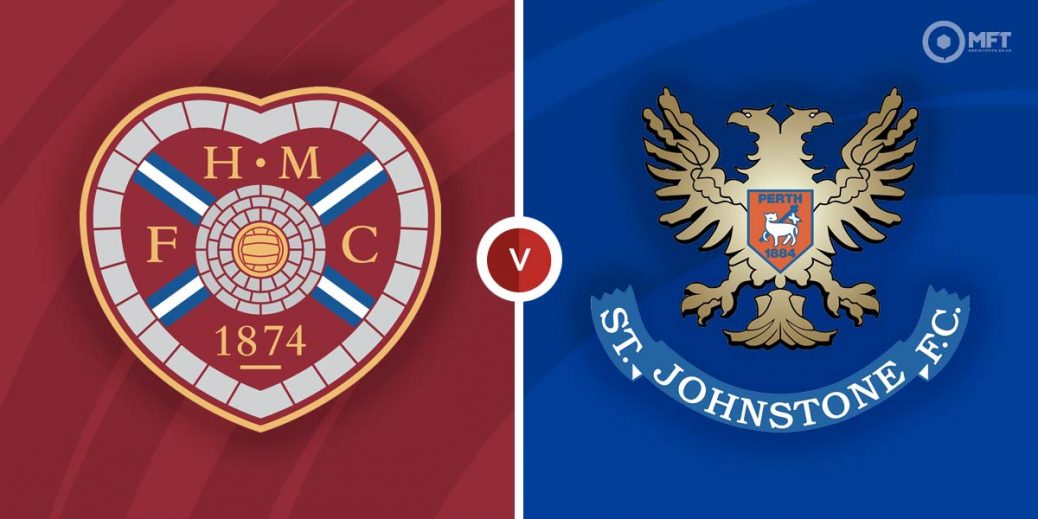 Heart of Midlothian vs St Johnstone

NOBODY welcomed the early winter break more than St Johnstone after a horror run of defeats left them sitting bottom of the Premiership pile.

And it will be interesting to see how last season's double cup winners fare when they begin the second half of the campaign with a daunting trip to Tynecastle.

Hearts sit comfortably in third place behind the Old Firm after an impressive return to the Premiership and signed off with two victories in a row before the break.

Robbie Neilson's men have probably surpassed expectations after slumming it in the second tier last term but Saints have been the big underachievers in this season's top flight.

Having finished in the top six and collected both domestic cups, Callum Davidson's men were on a massive high in the summer.

But there's a real danger they could follow up the best campaign in the club's history by crashing to relegation just 12 months later.

Davidson has responded by boosting his squad with the likes of Nadir Ciftci, Dan Cleary and Tony Gallacher but it's asking a lot for the new boys to gel straight way against a team as settled and accomplished as Hearts.

Given the form of both sides before the break it's no great surprise to see Hearts as 6/10 favourites at BoyleSports and St Johnstone as big as 11/2 with Bet365. The draw pays 3/1 at Unibet and shouldn't be discounted as the last two meetings have ended level.

St Johnstone have held the upper hand in this fixture of late and have gone four games unbeaten against the Jambos, including a 1-0 win on their last trip to Tynecastle (below).

But the previous five games in Gorgie had all ended in wins for Hearts so they have a decent home record against Saints.

Barrie McKay is still waiting for his first Hearts goal but is a too much of a threat for that drought to drag on. The former Rangers winger is 9/4 at McBookie for anytime scorer.

A lack of firepower is the reason for St Johnstone's troubles and they have netted just 11 times in 20 league games. But Chris Kane (below) scored a cracking header against Celtic before the break, ruining my tip of under 2.5 goals, and is 3/1 at McBookie for another goal here.

A lot will depend on how much the new signings lift St Johnstone but I'd be surprised if we saw a lot of goals. Four of the last five meetings have seen under 2.5 strikes and that's why that bet pays just 13/20 at Paddy Power here.

The half-time draw could be a good option as the teams size each other up and that pays 11/10 at SBK. The last two wins in this fixture have been by a 1-0 scoreline so a one-goal winning margin for either side also appeals at 6/4 with McBookie.

Over 4.5 cards has come up in the last three meetings, with six yellows flashed in the 1-1 draw at McDiarmid Park earlier this season. Backing over 4.5 cards pays 11/10 at McBookie this time.