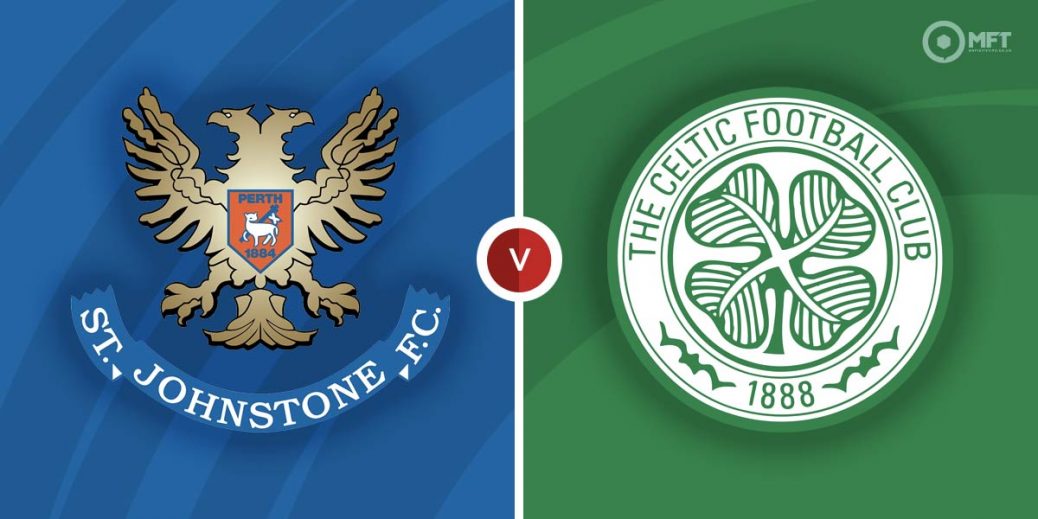 CELTIC are now six points off the pace in the title race and can ill-afford another slip up against St Johnstone in their final game before the premature Premiership winter break.

Few people, including our man SlipsTips, thought the Hoops would wobble in midweek at St Mirren after the Buddies were forced to field several teenagers in a squad ravaged by call-offs.

But I had a feeling they would find it hard to break down a team parking the bus and that's how it worked out with my bets of the half-time draw and under 2.5 goals coming up in a frustrating stalemate.

The full-time whistle in Paisley came just a couple of hours after the SPFL announced the winter break would come forward a week, with a crucial Old Firm derby now shifted from January 2 to February 3.

And with Rangers facing the same depleted St Mirren side at Ibrox on Boxing Day it's vital Ange Postecoglou's weary players find a way to break down St Johnstone in Perth.

Saints need the points just as much as Celtic, however, as they bid to get off the bottom of the pile in time for the winter break.

I fancied Callum Davidson's men to end their horror run at home to Ross County on Wednesday night. But they crashed to a seventh successive defeat instead and there's now a real danger St Johnstone will follow up last season's incredible cup double with relegation to the Championship.

With St Johnstone in such dismal form it's no great surprise to see them as big as 12/1 with Coral but the draw looks a bit overpriced at 5/1 with Bet365 given how things panned out in Paisley. Celtic's best price is just 2/7 at Betfred but the odds increase to 11/10 at Bet365 for a Hoops win to nil.

This is the third meeting of these sides so far this season with Celtic winning 2-0 in the league at Parkhead then edging a 1-0 victory in the League Cup semi-final (below).

McDiarmid Park has been a happy hunting ground for the Hoops who have won on their last 11 visits since a 2-1 defeat in 2016.

St Johnstone have netted just twice in their last eight games and that lack of firepower has been their main problem this season. Their best hope of a goal against Celtic is probably a set-piece and Jamie McCart is 40/1 to haunt his old club with a goal.

The importance of Kyogo Furuhashi (below) to Celtic has been underlined in the last week. The Japanese star defied medics to score a match-winning double in the League Cup Final then saw his team-mates draw a blank when he was rested against St Mirren.

With the winter break starting after this game in Perth, Furuhashi should start but he's just 20/29 for a goal at Mansionbet, although the odds increase to 13/5 at Bet365 for him to break the deadlock.

I cashed in by backing cards in the cup semi-final between these sides, with nine dished out in a fiery clash. This one could also have an edge with both teams desperate for the points and over 42.5 booking points pays 7/5 at McBookie. There odds are better on individual players and Murray Davidson appeals at 13/5 with Bet365 for a card.

The goals have dried up a little for the Hoops after a free-scoring start under Postecoglou but the corners certainly haven't. Celtic won 16 in Paisley on Wednesday and have hit double figures in eight of their games this season. So it's worth backing more corners for the Hoops when the bookies finally get round to pricing that market up.

Games between these sides have been pretty tight this season, with under 2.5 goals and BTTS no coming up in both meetings. Under 2.5 goals is 21/17 at SBK for this one while betting against BTTS pays 3/4 at the same firm.

This Scottish Premiership match between St Johnstone and Celtic will be played on Dec 26, 2021 and kick off at 12:30. Check below for our tipsters best St Johnstone vs Celtic prediction. You may also visit our dedicated betting previews section for the most up to date previews.