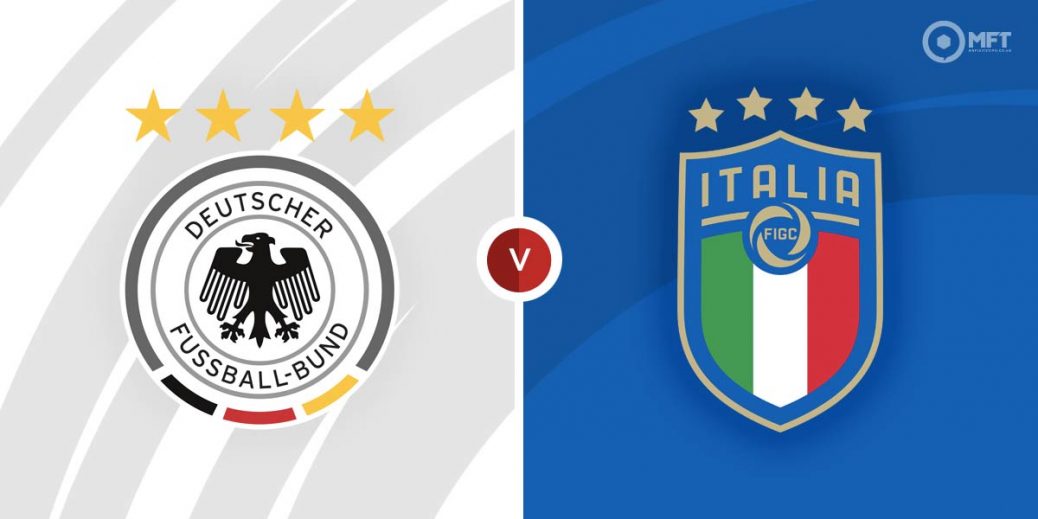 Still seeking their first win in Group A3 of the UEFA Nations League, Germany continue their campaign with a home fixture against Italy. Neither team has been at their best lately and having battled to a stalemate in the first meeting, Tuesday’s clash is likely to follow a similar pattern.

Germany are coming off a 1-1 draw with Hungary in their previous UEFA Nations League fixture. A fast start saw the Hungarians take the lead early in the first half but the Germans struck back almost immediately through Jonas Hoffmann.

Although they are still unbeaten, It has been a disappointing UNL campaign so far for Germany, who are yet to win a game in Group A3. Hansi Flick’s men have played out three draws in the competition but with the other teams struggling, are just two points off the pace.

The run of draws extends beyond the UNL as they were held 1-1 by Netherlands in an international friendly before the start of the competition. Although they drew with England in their last home fixture, they generally have a solid record in front of their fans with four wins from their last five matches.

Italy have only fared slightly better than Germany in the Group and are just one point clear at the top. They have only claimed one win from their three fixtures in the competition while the other two matches have ended in draws.

The Italians travel to Germany off the back of a 0-0 draw in England in their previous UNL fixture. They were mostly second best to their hosts for much of the encounter but also failed to convert the few chances created.

That result means Italy have now lost just once in their last five matches across all competitions. Roberto Mancini’s men also have a fine record on their travels but have drawn three of their last four away matches.

Germany have the upper hand among the bookies with a home win priced at 4/5 by SBK. A victory for Italy is valued at 18/5 by William Hill while SBK is also offering odds of 11/4 for a draw.

There has been little to separate Germany and Italy in recent meetings with four draws in their last four matches. Both teams have already met in this year’s UNL as they played out a 1-1 draw in the reverse fixture.

Germany have had problems with their attackers in the competition with left-back Jonas Hoffmann surprisingly scoring in his last two matches. The defender is priced at 11/2 by bet365 to score anytime while forward Kai Havertz is expected to continue in attack and could be worth keeping an eye on at 2/1 with bet365.

Italy have had similar problems with their attackers also struggling to find their rhythm. Forward Lorenzo Pellegrini has been the shining light with two goals in three matches and is priced at 7/1 by bet365 to once again find the net.

Germany and Italy have had similar attacking problems and Tuesday’s clash is not expected to produce too many goals. Under 2.5 goals is priced at 10/11 by Unibet while BetVictor is offering evens for BTTS NO.

Both teams have also been level at the break in four of their last five meetings and could be set for a halftime draw at 6/5 with bet365.

This UEFA Nations League match between Germany and Italy will be played on Jun 14, 2022 and kick off at 19:45. Check below for our tipsters best Germany vs Italy prediction. You may also visit our dedicated betting previews section for the most up to date previews.