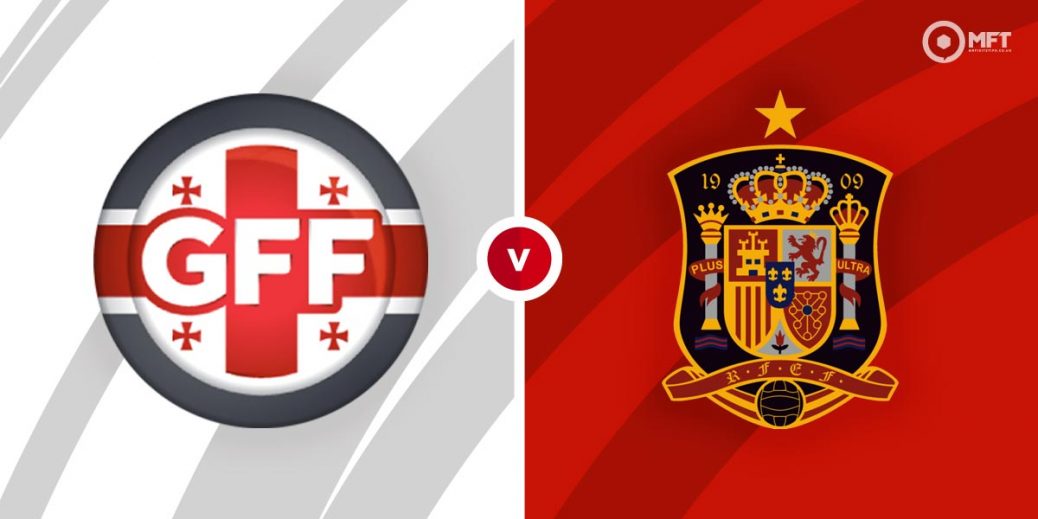 Spain are hoping to bounce back from their opening day disappointment as they travel to Georgia for their second Group B clash in the European World Cup qualifiers. The visitors are desperate for a quick return to winning ways and should have too much quality for the lowly Georgians.

Spain will be disappointed with the result in their opening game as they were held to a 1-1 draw by Greece. They failed to build on Alvaro Morata’s first half goal and despite controlling a large chunk of the possession and creating a number of goalscoring opportunities, conceded from the spot after the break.

The result means that Sweden are the early leaders in the group, although Spain remain the favourites to qualify for the tournament in Qatar. Luis Enrique’s men are still unbeaten in their last four matches, a run that includes a 6-0 victory over Germany.

Spain often do well on their travels and have suffered just two defeats in their last 13 away matches. They can count a 2-1 win in England and a 4-1 triumph in Wales as some of their victories in that run.

Georgia also failed to win in their opening match and were beaten 1-0 in Sweden. They conceded in the first half and then fashioned a few decent chances but were ultimately no match for the superior quality of the Swedes.

It is now five matches without a win in all competitions for Georgia, who are expected to be the whipping boys of the group. They are also winless in their last three home matches, failing to score twice in that run.

The bookies have Spain as favourites in this one with an away win valued at 4/17 by SBK. Georgia are outsiders at 18/1 with BetVictor while bet365 is offering 11/2 for a draw.

Given Georgia’s poor form, I am expecting Spain to bounce back with a comfortable win on Sunday.

Spain have two wins while Georgia have been victorious once in three previous matches. There have been no draws between both teams.

Alvaro Morata scored the only goal for Spain on Thursday and is expected to once again lead the line against Georgia. BetVictor has the striker at evens to score anytime while the first goal is set at 16/5 by Betfred.

Giorgi Kvilitaia appears to be Georgia’s biggest attacking threat and will be the one to watch on Sunday. The forward is valued at 5/1 by Paddy Power in the anytime goalscorer market while the first goal is priced at 16/1 by Betfred.

With Spain backed at minimal odds to win, other markets could be explored. A -2 handicap on the Spaniards could be worth a punt at 9/5 with Paddy Power while a win to nil is set at odds of 8/11 by Skybet.

A win/score double with Spain and Alvaro Morata could also be considered at 11/10 with Skybet. The Spaniards can also be backed to win both half’s at 7/5 with Paddy Power.

This World Cup match between Georgia and Spain will be played on Mar 28, 2021 and kick off at 16:00. Check below for our tipsters best Georgia vs Spain prediction. You may also visit our dedicated betting previews section for the most up to date previews.