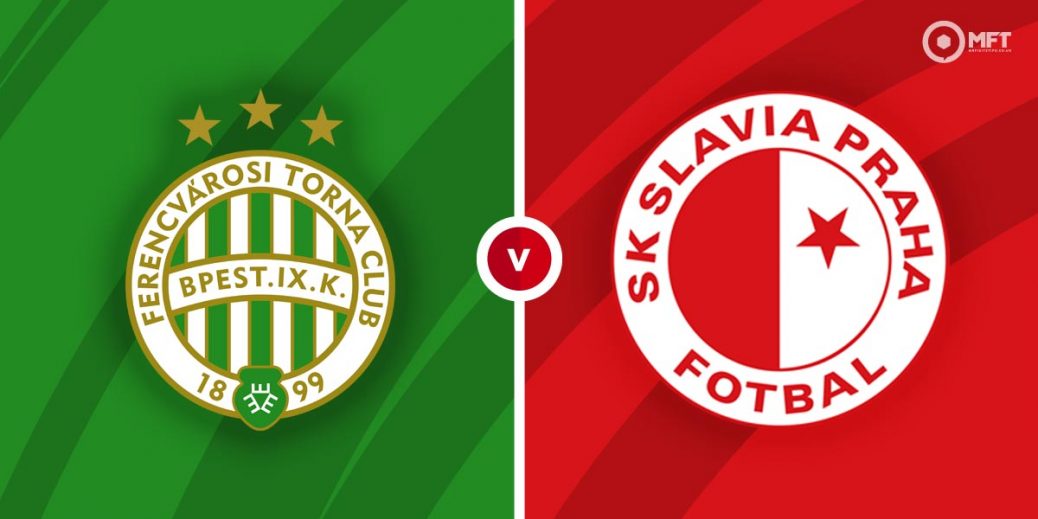 Ferencvarosi continue their march towards the group stage of the UEFA Champions League as they host Slavia Prague in a third-round qualifier at Groupama Arena. Neither team has a problem finding the net and Wednesday’s clash is likely to produce goals.

The Hungarians have come through the two previous rounds in the qualifiers and are still maintaining a 100% record. They have shown some attacking quality in recent weeks, scoring 11 goals in just four qualifying matches.

While Ferencvarosi’s attacking style is worthy of praise, the trade off appears to be a leaky defence. Peter Stoger's men have conceded in three of their last four matches across all competitions and head into Wednesday’s clash off the back of a 1-0 defeat to Kisvarda in their opening Hungarian league fixture.

Slavia Prague travel to Budapest off the back of a 3-1 victory over Teplice in a Czech Liga fixture. They were comfortable throughout the contest with Ivan Schranz netting a hat-trick.

The Czech side were handed a bye from the previous rounds and are set to make their first appearance in the competition on Wednesday. Jindrich Trpisovsky's men have already played twice in the Czech Liga this season, winning both matches.

Goals have been easy to come by for Slavia Prague in recent weeks having found the net five times in their last three matches. However, they remain unconvincing in defence with just one clean sheet from their last three fixtures.

Slavia Prague are considered favourites among the bookies with a win priced at 4/3 by Vbet. A victory for Ferencvarosi is valued at 5/2 with the same firm while BetVictor is offering odds of 11/5 for a draw.

This will be the first ever meeting between Ferencvarosi and Slavia Prague.

Ferencvarosi have plenty of attacking quality but striker Ryan Mmaee will be the one to watch on Wednesday with three goals in his last two matches. The Hungarians have scored over 1.5 goals in all four of their qualifying matches and are priced at 13/8 for a repeat.

Striker Ivan Schranz netted a hat-trick in his last appearance and will be the one to watch for Slavia Prague. Having scored over 1.5 goals last time out, the Czechs will be keen for a repeat at 6/5 with bet365.

There were over 3.5 goals in Ferencvarosi’s previous Champions League fixture and a similar outcome is priced at 12/5 with bet365. Over 2.5 goals is valued at evens with the same firm while MansionBet is offering evens on both teams to score.

Markets can be combined to increase the value with both teams to score and over 2.5 goals set at odds of 5/4 with bet365. The second half was the highest scoring half in three of Ferencvarosi’s last four outings in the competition and a similar outcome is priced at 21/20 with bet365.

This UEFA Champions League match between Ferencvarosi and Slavia Prague will be played on Aug 4, 2021 and kick off at 19:00. Check below for our tipsters best Ferencvarosi vs Slavia Prague prediction. You may also visit our dedicated betting previews section for the most up to date previews.