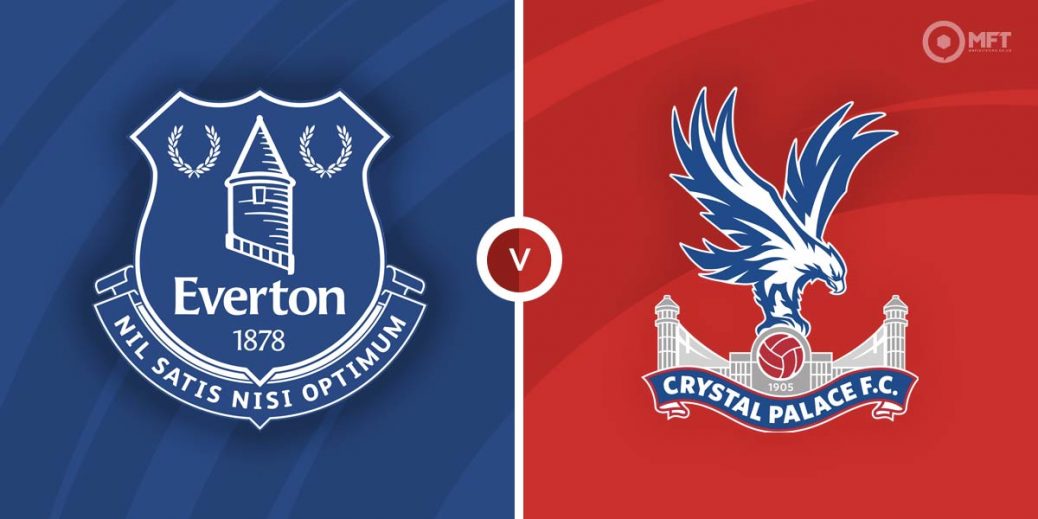 EVERTON will aim to get their Premier League survival bid back on track when they play host to Crystal Palace on Thursday night.

The Toffees fight against relegation suffered a blow as they hit the self-destruct button to throw away a two goal lead to lose 3-2 against Brentford at Goodison Park on Sunday.

That setback has left Frank Lampard's side perched precariously above the drop zone, with the Blues just two points in front of the bottom-three with just two games to play.

That being said, Everton still have their fate in their hands as a win against Crystal Palace on Thursday night will assure them of top-flight football next term.

As for Crystal Palace, they will bring a four-game unbeaten run into this match, with Patrick Viera's side hunting a top-half finish to compliment their recent FA Cup semi-final appearance.

Last time out, the Eagles earned a hard-fought 1-1 draw at Aston Villa and they will now make the trip to Merseyside knowing that a victory would propel them into the top 10 going into the final day of the season.

Everton, who have lost just one of their last five Premier League home games, enter this contest as 42/41 favourites with SBK.

Despite already defeating Everton twice this season, Crystal Palace arrive at Goodison Park as 3/1 (SBK) outsiders while a point apiece has been priced up at 13/5 (SBK) with the same.

Although Everton are undoubtedly in greater need of the points here, I suspect this match could be closer than the odds suggest, so I'll  head to the Bet Builder market and merge over zero Crystal Palace goals and Crystal Palace with a + 1 start at 11/10 (William Hill).

As already alluded to, the Toffees remain in trouble and that can be attributed to the fact that Frank Lampard's side have leaked at least one goal in 28 of their 36 Premier League games this term.

What's more, the hosts have conceded a minimum of one goal in nine of their last 14 top-flight tussles and they could struggle to shut out a Palace side that possess the attacking talent to make the net bulge on Merseyside

The Eagles have looked a more threatening attacking unit under Patrick Viera's tutorship, with the South Londoners striking at least once in 69% of their Premier League outings this season so far.

With that in mind, as well as Blues boss Lampard not being without his injury and suspension problems to seek, I'm more than happy to back Palace to grab at least one goal at Goodison Park.

It's also worth pointing out that the aforementioned combination has clicked in each of the previous two meetings between the pair this season, and that only adds to the appeal of supporting the same formula on Thursday night.

I'll also dip into the player card market and have a nibble on the 4/1 on offer with Bet 365 for Everton right-back Seamus Coleman to be carded.

The Toffees skipper could have his hands full here against tricky Crystal Palace talisman Wilfried Zaha, the most fouled player in Premier League history.

This English Premier League match between Everton and Crystal Palace will be played on May 19, 2022 and kick off at 19:45. Check below for our tipsters best Everton vs Crystal Palace prediction. You may also visit our dedicated betting previews section for the most up to date previews.