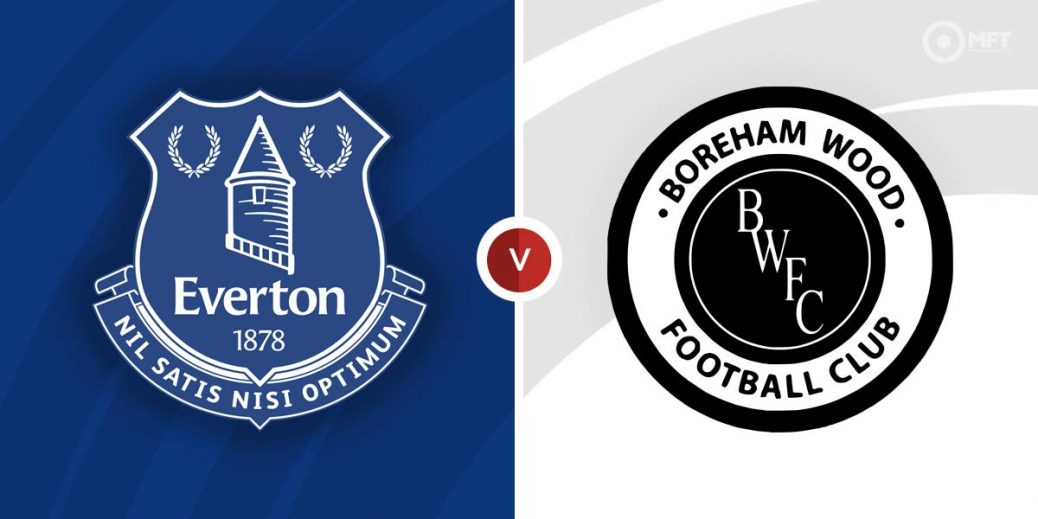 EVERTON have what should be a comfortable passage into the quarter-finals of the FA Cup when non-league shock troops Boreham Wood visit Goodison Park.

The National League promotion-chasers will relish their glamour trip to face Frank Lampard's men in Liverpool after making it through five rounds to get there.

Their magnificent win at Championship high-fliers Bournemouth put them on the football map, but they have also had to battle through against Barnet, Eastleigh, St Albans and AFC Wimbledon to get to this stage.

Boreham Wood are currently in third in the fifth tier of English football and the Hertfordshire side have a decent chance of reaching the Football League for the first time since they were founded 64 years ago.

Everton were desperately unlucky to lose out to a late goal from Phil Foden at the weekend as Manchester City defeated them at Goodison Park, but they look like they are improving under the former Chelsea icon.

They have a few days to recover too before they face Spurs on Monday night so they are likely to field an extremely strong side in their pursuit of a trophy they haven't won in 27 years.

Clearly, Everton are heavy favourites with 2/13 with SportNation just about the best price for a home win. The non-league outfit can be backed for what would be one of the greatest FA Cup shocks at 28/1 with Coral. And the draw is 41/5 with SBK.

The two clubs have never met before. Here's what the Toffees are up against – Boreham Wood's 1-0 win against Eastleigh at the weekend can be seen below.

Brazilian striker Richarlison has scored five goals for Everton so far this season including in the last round of the FA Cup against Brentford. He's evens with Unibet to score on Thursday.

Midfielder Mark Ricketts has scored one goal this season, but what an important one it was because it was the only goal of the game when they won at Bournemouth. He is an incredible 47/1 with SBK to repeat his feat by scoring at Goodison Park.

Everton should clearly be a class above their opponents and surely should be able to keep a clean sheet considering since that FA Cup win at Bournemouth, Boreham Wood have failed to net in three of their last five games. The 7/10 with BetVictor is perhaps not as short as may have been expected.

There's no chance of Lampard taking this anything other than ultra seriously and they should have the tools to chalk up a few goals. They managed four in the last round against Premier League Brentford after all.

This FA Cup match between Everton and Boreham Wood will be played on Mar 3, 2022 and kick off at 20:15. Check below for our tipsters best Everton vs Boreham Wood prediction. You may also visit our dedicated betting previews section for the most up to date previews.