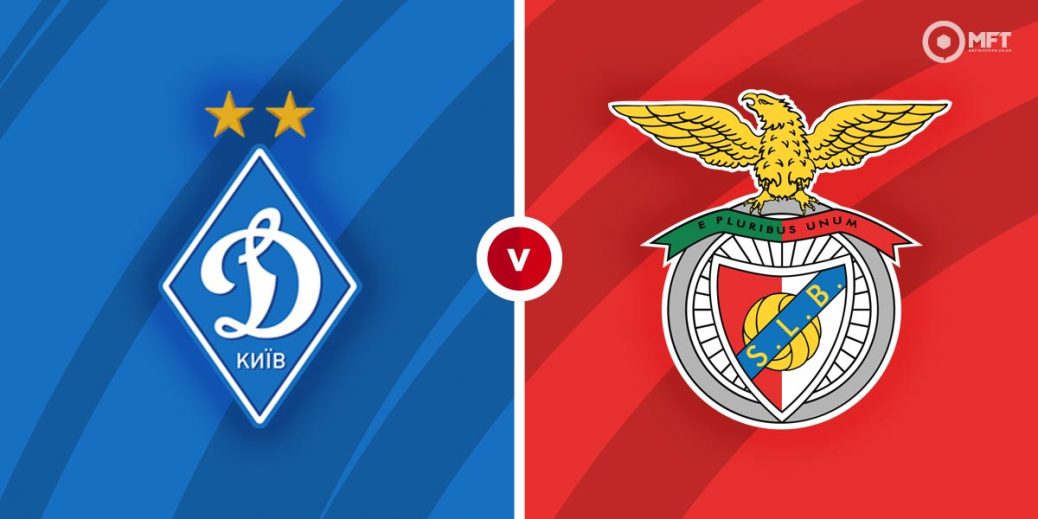 Dynamo Kiev and Benfica have both made fine starts to the season and will be looking to continue that form when they meet at the NSK Olimpiyskiy in their opening Group E fixture in the UEFA Champions League. The Ukrainians are depleted in attack at the moment and could struggle against a confident Benfica team.

Dynamo Kiev stormed to a dominant title win in the Ukrainian Premier League last season to book their place in this year’s group stage. They appear to have carried that form into this season and are unbeaten in their opening seven matches domestically.

Mircea Lucescu's men are preparing for their second straight appearance in the group stage of the Champions League, although they will be keen to put last season’s campaign behind them. They finished third after claiming just one win in six matches before being knocked out of the Europa League by eventual winners Villarreal.

Despite their fine start to the season, Dynamo Kiev head into Tuesday’s clash with plenty of injury problems. Their attack has been depleted by injuries to Eric Ramirez, Artem Besedin, Vladyslav Kulach and Ibrahim Kargbo.

Benfica have also begun the season in red-hot form, winning all five of their opening matches in the Portuguese Primeira Liga. They travel to Dynamo Kiev off the back of a 5-0 victory over Santa Clara with Darwin Nunez netting a brace while Roman Yaremchuk, Rafa Silva and Rodrigo Pinho also on target.

The Portuguese team are regulars in the Champions League, although they failed to reach the group stage last season. Jorge Jesus’ men have looked a different team this term, going through the qualifiers unbeaten and eliminating Dutch giants PSV along the way.

Benfica have shown their attacking quality this season with Roman Yaremchuk, Darwin Nunez and Rafa Silva all impressing. However, the key to their success appears to be their solid defence that has kept clean sheets in three of their last four matches.

Benfica have the edge among the bookies and are priced at 13/10 by SBK to claim the victory. A win for Dynamo Kiev is valued at 13/5 by Unibet while a draw is set at odds of 12/5 with BetVictor.

A closely fought encounter is expected here, but given Dynamo Kiev's depleted attack, I am leaning towards a win for Benfica.

Both teams met twice during the group stage of the 2016 Champions League with Benfica claiming a 2-0 victory in Kiev before winning 1-0 at home.

Given Dynamo Kiev’s depleted attack, Viktor Tsygankov will be the one to watch for the Ukrainians. The midfielder has five goals already this season and is priced at 7/4 with bet365 to score anytime.

Benfica have plenty of attacking threats and often spread their goals across the team. Darwin Nunez is priced at 7/5 by Vbet to score anytime while fellow striker Roman Yaremchuk could also be worth keeping an eye on in the same market at 7/4 with bet365.

Benfica have kept clean sheets in three of their last four matches and with Dynamo Kiev struggling in attack, BTTS NO could be considered at 11/10 with BoyleSport. The Portuguese giants could also be tipped to keep a clean sheet at 15/8 with Skybet.

Benfica won to nil in their two matches against Dynamo Kiev and a similar outcome is priced at 14/5 with BetVictor.

This UEFA Champions League match between Dynamo Kiev and Benfica will be played on Sep 14, 2021 and kick off at 20:00. Check below for our tipsters best Dynamo Kiev vs Benfica prediction. You may also visit our dedicated betting previews section for the most up to date previews.