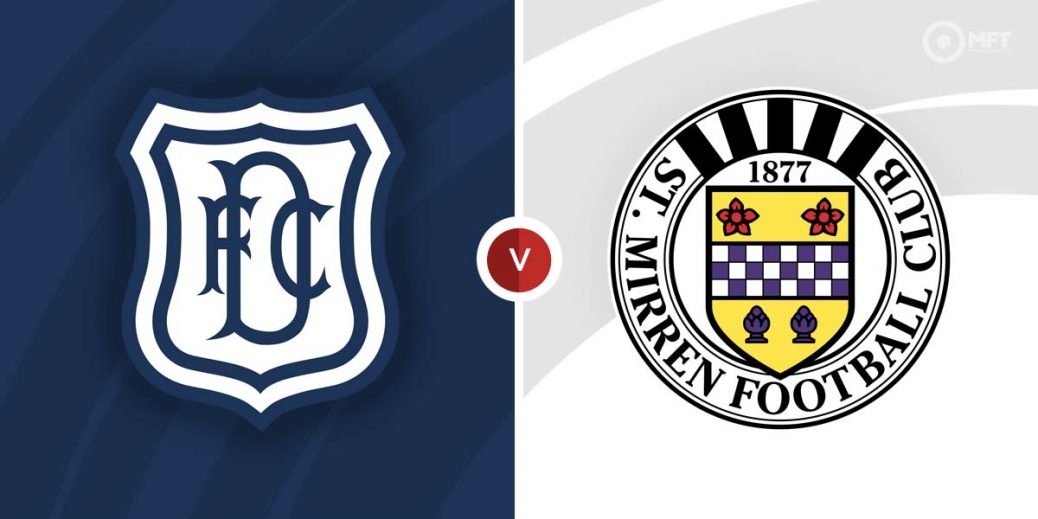 DUNDEE will be presented with the opportunity to climb off the bottom of the Scottish Premiership table when they welcome St Mirren to Dens Park on Wednesday night.

Mark McGhee's men have been able to avoid defeat in each of their last two top-flight fixtures, drawing with Hibernian last midweek before earning a 1-1 draw at Motherwell on Saturday.

Despite that pair of stalemates, the Dark Blues remain nine points adrift of guaranteed safety, although they do have one game in hand on the teams above them.

However, Dundee are running out of time in the fight for survival, so St Mirren's visit this midweek is one that new boss McGhee will have earmarked as a must-win fixture.

The Saints are also under new management but new boss Stephen Robinson's reign has got off to a sticky start, with the former Motherwell manager yet to get off the mark with his new club following three consecutive defeats, the most recent of which was at Ross County last time out.

However, the Buddies are still in with a big chance of finishing in the top-six and they will look to boost those prospects by picking up all three points on Wednesday night.

Dundee, who are without a home win in the Scottish Premierships since the 1st of December, enter this contest as marginal 17/10 (SBK) favourites.

These two sides played out an enjoyable 2-2 draw at this venue on the opening day of the season and the same outcome here can be backed at 11/5 (SBK) while a St Mirren triumph is trading at 30/17 (SBK).

It's difficult to have much faith in either team here but combining St Mirren double chance and under four match goals will bring about a 4/5 (Bet 365) Bet Builder and that looks worthy of some interest.

The visitors are the Scottish Premiership draw specialists with 12 of their 29 games ending honours even so far, while eight of Dundee's league outings have finished level.

What's more, just one of St Mirren's last 18 Scottish Premiership matches has produced over 2.5 goals, with the Paisley outfit striking twice or more in just two matches from that sample.

Meanwhile, new Dundee boss Mark McGhee has yet to find an answer to the Dark Blues goalscoring issues, with the top-flights bottom club scoring just once in their last three league games.

Goals therefore could be at a premium considering both of these sides have fired blanks in 26/59 (44%) of their combined Scottish Premiership matches this season so far.

With all this mind, coupled with the fact that the above-mentioned Bet Builder has banked in eight of the Buddies' last 12 league games, I'm more than happy to support the same formula in the City of Discovery on Wednesday night.

I'll also dip into the player card market and have a nibble on the 11/4 on offer with PaddyPower for Dundee's Vontae Daley-Campbell to be carded.

The on-loan Leicester defender has already racked up one red and one yellow since arriving at Dens Park and he will likely be up against Jordan Jones so is sure to have his hands full.

This Scottish Premiership match between Dundee and St Mirren will be played on Mar 9, 2022 and kick off at 19:45. Check below for our tipsters best Dundee vs St Mirren prediction. You may also visit our dedicated betting previews section for the most up to date previews.