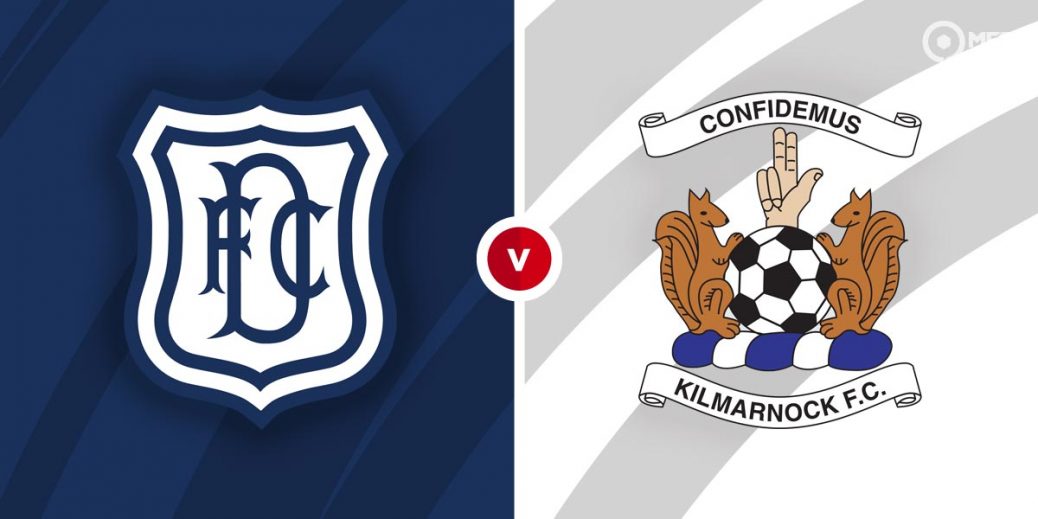 James McPake's men finished second in the Scottish Championship and they are now two games away from sealing their passage to the Premiership after seeing off Raith Rovers in the play-off semi-final.

The Dark Blues strong end to the season will certainly give their supporters hope – the hosts head into this clash having avoided defeat in eight of their last nine matches.

However, Kilmarnock will wear the favourites tag as they aim to preserve the top-flight status they have held for 28 years.

Tommy Wright's troops finished the regular season with a 2-0 win at already-relegated Hamilton on Sunday, on an afternoon where my Booking Points double banked.

That means the Rugby Park outfit have lost only one of their last six matches and they will be keen to maintain that momentum going into their do-or-die double-header with Dundee.

Dundee have lost just two of their last 18 home matches but the second-tier hosts are the unfancied underdogs here at 13/5 with Bet 365, while the draw is priced up at 12/5 with PaddyPower.

Kilmarnock have crashed to defeat in seven of their last eight road trips but the hosts head into this crunch clash as 10/11 favourites with William Hill.

Indeed, it's Premiership against Championship, however, Dundee have a lot of players that have played at a higher level and I suspect this tie could be tighter than the odds suggest.

However, a cagey affair is so often the case in play-off first-legs and with that in mind, I'm going to dip into Bet 365's Bet Builder feature with a view to opposing goals at Dens Park on Thursday night.

If we combine under four match goals, over five match corners and over two match cards we will be presented with a nice looking 9/10 shot.

Since the introduction of the Scottish Premiership play-offs back in 20143/14, five of the first-legged finals have featured fewer than four match goals.

What's more, each of Dundee's last eight matches have generated less than four match strikes, while under 2.5 goal backers would have banked profit in four of Kilmarnock's five road trips under Tommy Wright's tutelage.

With that in mind, I'm happy to side with under four match goals here, but in order to nudge up the price, I'll throw over five match corners into the mix – both of these respective sides were averaging over five team corners per game during the regular season.

Given the immense pressure that will be on both sides, coupled with the fact that fans will be in attendance on Thursday night, I'll complete the Bet Builder with over two match cards.

Experienced Premiership referee John Beaton has been selected to take charge of this huge first-leg showdown, with the Scottish whistler flashing three or more cards in seven of the last 10 fixtures that he has taken charge of.

Two players who are all too familiar with the referee's notebook are veteran midfield pair Charlie Adam and Alan Power.

The above-mentioned duo have clocked up an eyebrow-raising collective total of 23 cards between them this term and I'm prepared to take a chance on both players picking up a card on Thursday night at 15/2 with William Hill.

This Scottish Premiership match between Dundee and Kilmarnock will be played on May 20, 2021 and kick off at 20:15. Check below for our tipsters best Dundee vs Kilmarnock prediction. You may also visit our dedicated betting previews section for the most up to date previews.