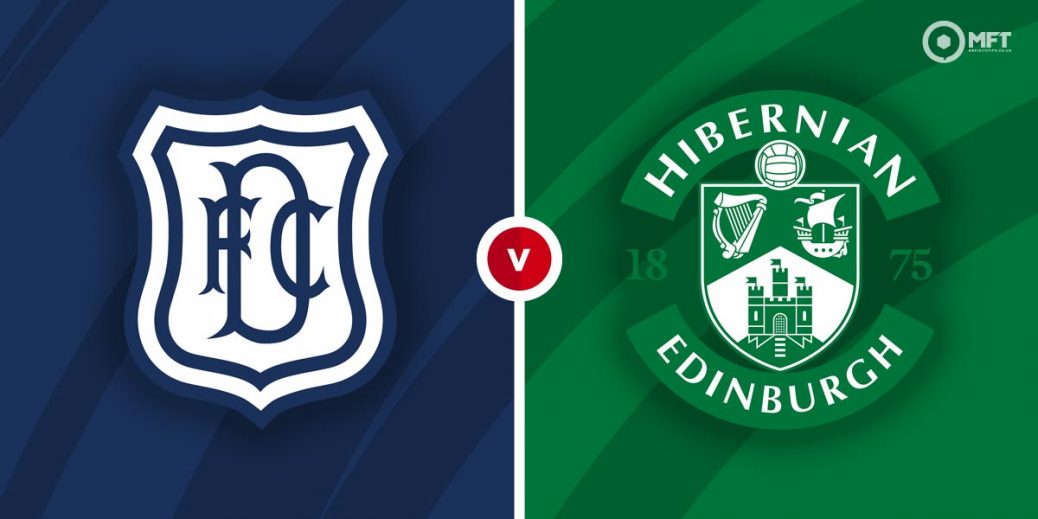 HIBS will be looking to continue their perfect start to the Scottish Premiership season when they lock horns with Dundee at Dens Park on Sunday lunchtime.

Jack Ross' team started the weekend at the summit of the standings after tabling triumphs over Motherwell and Ross County respectively.

The capital club will have set their sights on securing a return to Europe after crashing out of the Europa Conference League against Rijeka.

The Hibees faithful may have been hoping for a better showing on the continental stage but the Easter Road outfit bounced back from their early European exit by booking a Scottish League Cup quarter-final berth last weekend.

Dundee, meanwhile, kicked-off their return to the top-flight with an incident-packed 2-2 draw at home to St Mirren before suffering a bruising reality check in a 6-0 thrashing at Celtic.

However, James McPake's side demonstrated their mettle by edging through to the last-eight of the League Cup with a 1-0 win over Motherwell last weekend.

Dundee have failed to topple Hibs in six of their last seven attempts and the bookmakers odds suggest that sequence could continue, with a home win trading at 16/5 (Bet 365) while the draw is an unfancied 11/4 with the same firm.

Hibs produced the majority of their best work away from home last season and the Edinburgh guests head into this clash as 10/11 (William Hill) favourites.

Hibs are worthy favourites here but they are unlikely to have things all their own way so I'm going to swerve the match result market and instead head to William Hill's Build Your Odds feature.

If we combine over one match goal, over seven match corners and over two match cards we can get some 10/11 (William Hill) and that looks like a nice way in.

Goals were a regular feature in matches involving Dundee last season, with a whopping 19/27 league games seeing both teams oblige while over 2.5 goal backers would have collected in 17 of those 27 fixtures.

Hibs, on the other hand, have racked up three strikes in each of their opening two league matches of the campaign, not to mention Ross has thus far retained the services of his key players from the squad who were the third-highest scorers in Scotland last season.

With all that in mind, I'm happy to back at least two match goals at Dens on Sunday, but to boost the price I'll throw over seven match corners into the equation.

Dundee were strong performers in the team corner markets last term with their 6.07 flag kick per-game average, while attack-minded Hibs were averaging 5.37 corners per 90 minutes.

With a closely-fought and completive contest anticipated in the City of Discovery, I'll complete the combination with over two match cards.

Dundee have received a red card in each of their opening two league games of the season and no fewer than eight cards were flashed in Hibs' rip-roaring curtain raiser with Motherwell at Fir Park.

What's more, we also have a decent referee here in Alan Muir who has dished out at least three bookings in 11 of the last 12 Scottish matches he has taken charge of.

With all things considered, the 6/5 (UniBet) about over 3.5 cards also looks like an attractive betting proportion given that it's copped in three of the four league games that these two teams have contested collectively so far.

This Scottish Premiership match between Dundee and Hibernian will be played on Aug 22, 2021 and kick off at 12:00. Check below for our tipsters best Dundee vs Hibernian prediction. You may also visit our dedicated betting previews section for the most up to date previews.