Dundee vs Heart of Midlothian Prediction and Betting Tips 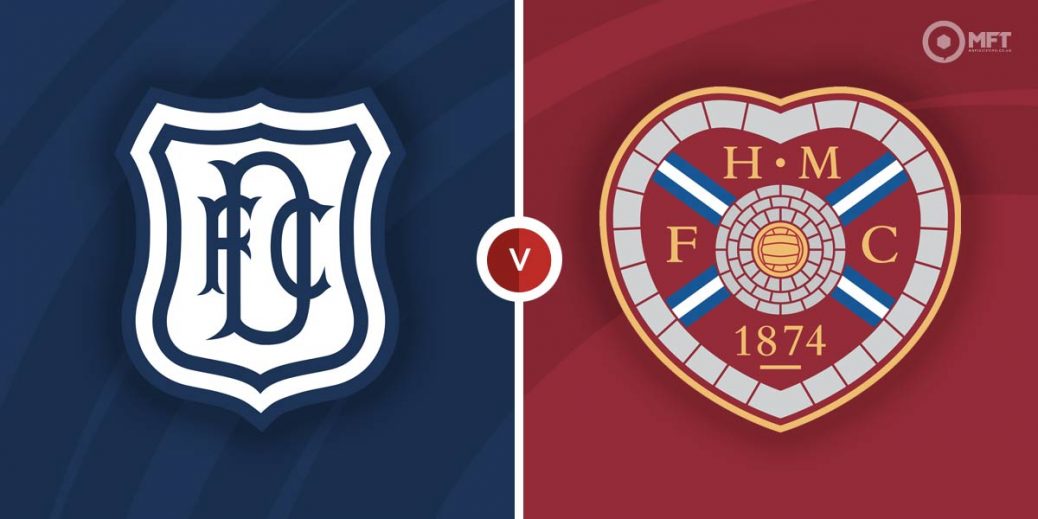 Dundee vs Heart of Midlothian

DUNDEE are in desperate need of some festive cheer after a damaging run of three successive defeats but won't get it easy against a Hearts side who are on course to finish best of the rest in the SPFL Premiership this season.

The Dark Blues lost to the green half of Edinburgh on Tuesday night thanks to what will surely be own goal of the season as Paul McMullan's diving header beat Adam Legzdins.

That was sadly the only goal of the game, busting my coupon after I had backed BTTS and over 2.5 goals in the wake of a 2-2 draw at Dens earlier in the campaign.

That defeat has left Dundee just two points off the foot of the table but James McPake's men have played a game more than both St Johnstone and second-bottom Ross County.

So they need to start getting some more points on the board, with four games still to come before the winter break, including a New Year derby with Dundee United at Dens.

Hearts and Dundee both came up from the Championship in the summer but the Jambos are the ones who have pushed on with Robbie Neilson's men going 11 league games unbeaten at the start of the campaign.

Mainting that form was always going to be tricky and the Jambos have lost three of their last six to lose pace with the Old Firm at the top of the table.

But two of those defeats came against Celtic and Rangers, with Sunday's 2-0 loss at Tynecastle bringing up one of my super singles on a good weekend of Premiership punting.

Hearts are the favourites but they are still odds-against at a best 23/20 with William Hill. Dundee are 47/18 at VBet to end their slump while the stalemate pays 47/20 with Unibet.

There hasn't been much between these sides of late, with the last seven meetings producing four Hearts wins, two Dundee victories and a draw. That stalemate came in the last meeting as Jason Cummings scored a late leveller for the Dark Blues in a 1-1 draw at Tynecastle.

The last clash at Dens came in the Championship almost exactly a year ago, with the Dark Blues winning 3-1 (below).

Dundee boss McPake might be tempted to change things up front after watching his side draw blanks in two of their last three games. But Cummings won't come in after being left out of the squad for a breach of discipline. That means Griffiths could get the nod and the former Hibs hero is 3/1 at Unibet to score against his old rivals.

Hearts created plenty of chances against Rangers on Sunday but ended up drawing a blank thanks to bad luck and good goalkeeping from Allan McGregor. Striker Liam Boyce (below) has 11 goals for the season and the Northern Ireland cap is 21/10 at Paddy Power to add to that tally for Robbie Neilson's men at Dens.

Recent games between these sides have been thrillers, with a 6-2 win for Hearts in the Championship opener last season followed by that 3-1 victory for the Dark Blues at Dens. Both teams to score has come up in the last four meetings and looks worth a punt here at 28/29 with SBK.

Seven yellows were flashed when these teams met at Tynecastle earlier this season so the card markets are worth investigating. I've yet to see a market for total cards but odds are available on individual players falling foul of the referee.

Dundee's Jordan McGhee was booked when he last faced his old club and looks a decent price at 15/4 with Bet365 for another card here. Jambos stopper Craig Halkett picked up his fourth yellow of the season at the weekend and is 3/1 with the same firm to add to that tally at Dens.

This Scottish Premiership match between Dundee and Heart of Midlothian will be played on Dec 18, 2021 and kick off at 15:00. Check below for our tipsters best Dundee vs Heart of Midlothian prediction. You may also visit our dedicated betting previews section for the most up to date previews.