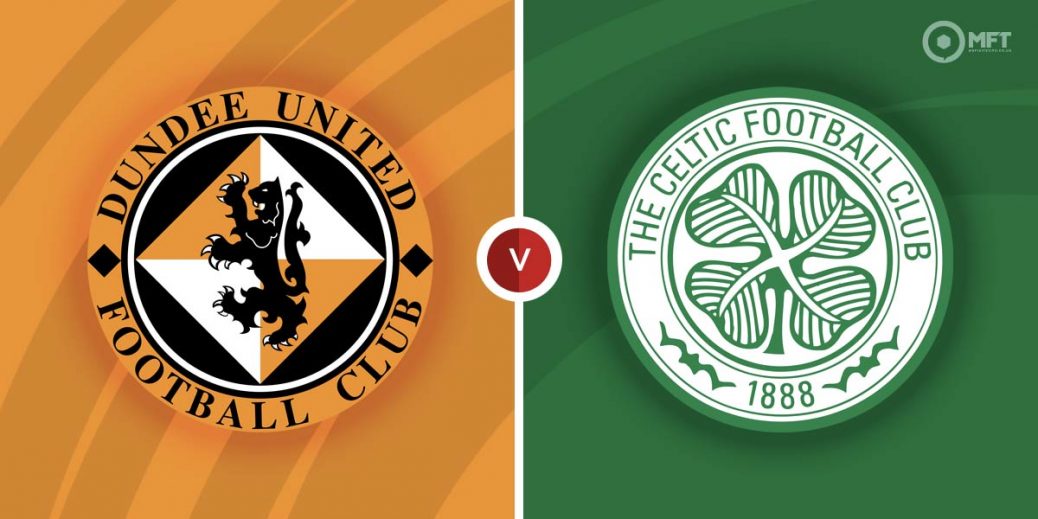 CELTIC will be looking to clinch the Scottish Premiership title when they travel to Tannadice to take on Dundee United on Wednesday night.

The Hoops all but ended Rangers' hopes of regaining their crown with an impressive 4-1 success at home to Hearts on Saturday.

That triumph means Ange Postecoglou’s men are now six points and 20 goals clear of their fierce rivals with two rounds of fixtures left to play.

As such, Celtic make the trip to the City of Discovery this midweek in need of a point to make mathematically certain of a 10th league title in 11 seasons.

Dundee United, meanwhile, fell to a 2-0 defeat at Rangers on Sunday but they still have plenty to play for in terms of the race for European qualification.

Tam Court's team have already taken points off both of the Old Firm this season and they will be more than happy to play the role of party-poopers on Wednesday night.

Celtic, who have avoided defeat in each of their last 30 Scottish Premiership matches, head into their penultimate fixture of the season as odds-on 3/14 (SBK) favourites.

You won't get rich backing Celtic at such short prices so I'll head to the Bet Builder market and merge over one Celtic goal and over five Celtic corners at 4/5 with Be 365.

Ange Postecoglou’s attack-minded outfit are the top scorers in the Scottish Premiership this season, racking up 85 strikes across their opening 36 of the campaign, an eye-catching average of 2.36 per-game.

What's more, free-scoring Celtic have struck twice or more in a league-high 25 of those 36 fixtures, including a sizeable 13 of their 18  top-flight road trips.

That doesn't bode well for a Dundee United defence that have posted just once clean sheet across their last 10 Scottish Premiership matches, with Court's crew conceding two or more goals on six of those occasions.

With that in mind, I'm more than happy to back the Bhoys to bag at least a brace here, but to boost the odds, I'll also throw over five Celtic corners into the mix.

Celtic are averaging a colossal 9.08 corners per-game in the Scottish Premiership this season, covering the 6+ flag kick line in 28 of their last 31 league games, not to mention the aforementioned Bet Builder banked during the Hoops' recent road match at Ross County.

I'll also dip into the player card market and have a nibble on the 6/1 on offer with Bet 365 for Dundee United's Lewis Neilson to pick up a card.

The 18-year old defender has only started four league games this season but he looks worthy of some interest to go into the book here at a big price when faced with a high-energy Celtic frontline that will cause the rookie real problems.

This Scottish Premiership match between Dundee United and Celtic will be played on May 11, 2022 and kick off at 19:30. Check below for our tipsters best Dundee United vs Celtic prediction. You may also visit our dedicated betting previews section for the most up to date previews.