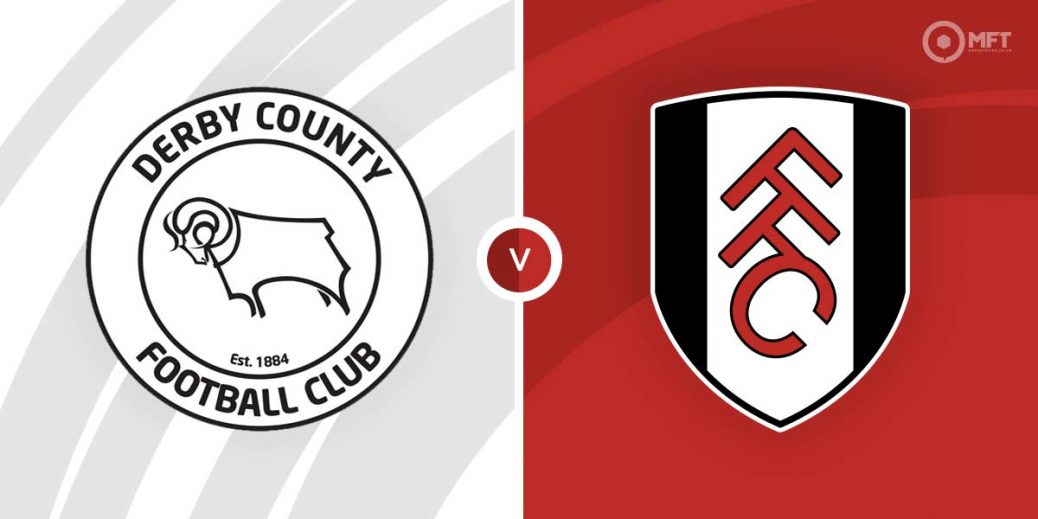 FULHAM will be looking to return to winning ways in the English Championship when they head to Derby County on Friday night.

The Cottagers are on course to clinch the second tier crown but they enter this Easter encounter off the back of an unexpected and shock 3-1 defeat at the hands of Coventry on Sunday.

That setback has delayed Fulham's seemingly inevitable promotion to the Premier League, as Marco Silva's side still have a healthy 10 lead at the top of the table

However, the capital club will be keen to wrap up the title sooner rather than later and a fixture with relegation-threatened Derby may just be what they need to get back on track.

The Rams have put up a brave battle so far this season but a 2-1 defeat at Swansea last time out has left them staring down the barrel at League One football next term.

With only five rounds of fixtures remaining, time is quickly running out for Wayne Rooney and Co to pull off what would be a miraculous great escape.

Despite avoiding defeat in nine of their last 10 home matches, Derby head into this Friday night fixture as 26/5 (SBK) outsiders while the draw is also deemed unlikely at 56/19 (SBK).

Fulham, who have triumphed in nine their last 10 tier two road trips, are short-priced 3/5 (SBK) favourites to pick up all three points at Pride Park

Fulham are too skinny to side with at the aforementioned odds but merging an away win and under five match goals will bring about a backable 5/6 (Bet 365) Bet Builder.

Whilst Fulham have blown hot and cold in recent weeks, this is still a really daunting task for a Derby side that look doomed to the drop.

That being said, Rooney's Rams have only lost one league game at home since December, a sequence which demonstrates their ability to keep contests tight and competitive.

What's more, 12 of Derby's 20 English Championship home matches this season have featured two goals or fewer, so goals could be at a premium at Pride Park once more.

However, table-topping Fulham will undoubtedly represent a step-up in class and the division's most potent attack could put another nail in County's relegation coffin.

It's also worth pointing out that all but one of Fulham's last eight English Championship victories have featured four goals or fewer and with that in mind, combining a Cottagers win and under five match goals holds obvious appeal at 5/6 with Bet 365.

I'll also head to the anytime goalscorer market and take the 10/11 on offer for PaddyPower for Fulham striker Aleksandar Mitrovic to make the net bulge.

The Serbian sharpshooter has already broken the all-time Championship goalscoring record this season and he looks a value play to add to his eye-watering tally on Friday night.

This English Championship match between Derby County and Fulham will be played on Apr 15, 2022 and kick off at 20:00. Check below for our tipsters best Derby County vs Fulham prediction. You may also visit our dedicated betting previews section for the most up to date previews.