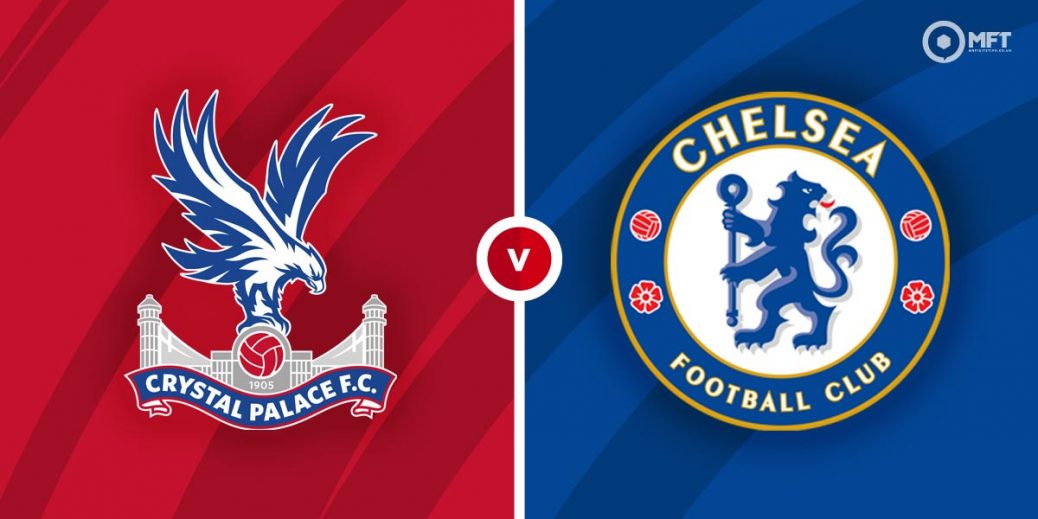 CHELSEA will be looking to get their Premier League top-four charge back on track when they make the short trip to Crystal Palace on Saturday evening.

The Blues 14-game unbeaten run came to a shuddering halt last weekend in a shock 5-2 reverse at home to relegation-threatened West Brom.

That setback coupled with results elsewhere saw Thomas Tuchel's troops slide out of the top-four so they will be desperate to make amends in this all-London affair.

That said, the Blues did bounce back in style with a controlled 2-0 win over Porto in the Champions League on Wednesday night.

Crystal Palace, meanwhile, continue to punch above their weight under Roy Hodgson's astute management – the south Londoners sit comfortably in mid-table with no relegation fears hanging over them.

Last time out, the Eagles earned a last-gasp 1-1 draw at Everton, a result that means Crystal Palace have lost just one of their last six Premier League matches.

Crystal Palace have lost each of their last six meetings with Chelsea and the bookies odds suggest that trend is set to continue with the hosts the unfancied underdogs here at 6/1 with TonyBet and the stalemate pays 3/1 with UniBet.

Chelsea have avoided defeat in each of their last five Premier League road trips and a Blues success on Saturday is odds-on at 8/15 with William Hill.

Chelsea look a bit short to side with here at 8/15 but I'll boost that up to 4/5 (Bet 365) by throwing under five match goals into the equation.

Despite conceding five goals to lowly West Brom, Chelsea's overall defensive record is superb under Thomas Tuchel –  the Stamford Bridge outfit have shutout their opponents in 12 of their last 15 matches.

What's more, the Chelsea win and under five match goal combo has clicked in each of their ten triumphs under Tuchel's tutelage.

Indeed, the Chelsea chief may rotate his squad given Champions League commitments, but the German has a wealth of talent at his disposal and I suspect the west Londoners will have too much class for Crystal Palace.

The Eagles have conceded at least one goal in 23/30 Premier League matches this term, not to mention Crystal Palace are the sixth-lowest scorers in the division this season.

With that in mind, coupled with the Blues defensive improvement under Tuchel, I'm happy to proceed with a Chelsea win and fewer than five match goals at Selhurst Park on Saturday evening.

I'll also head to the team card market and take the 11/10 on offer with Bet 365 for Crystal Palace to see one over one card during this capital clash.

Referee Michael Oliver will take charge of this tussle and the Ashington-born whistlers 3.17 card-per game average is fairly high by Premier League standards.

What's more, the above-mentioned betting angle would banked profit in two of Palace's last three Premier League matches and I reckon a repeat here against top-heavy Chelsea represents a bit of value.

This English Premier League match between Crystal Palace and Chelsea will be played on Apr 10, 2021 and kick off at 17:30. Check below for our tipsters best Crystal Palace vs Chelsea prediction. You may also visit our dedicated betting previews section for the most up to date previews.