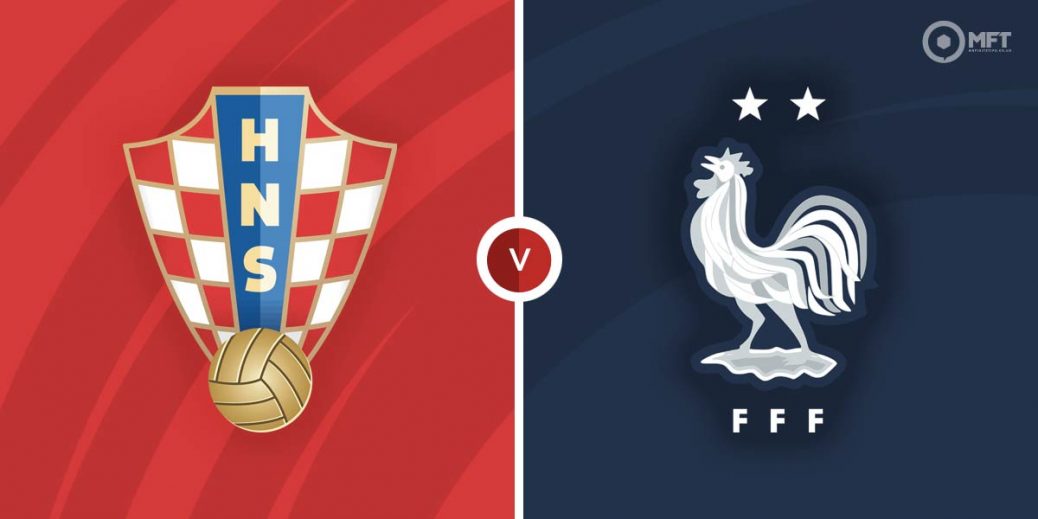 BOTH Croatia and France will be bidding to bounce back from opening night defeats in the Nations League when they meet at the Stadion Poljud on Monday.

France are the current holders of this competition after defeating Spain last October, but their title defence got off to the worst possible start on Friday night

Didier Deschamps' side threw away a one-goal lead to lose 2-1 at home to Denmark, with Andreas Cornelius netting twice to hand the visitors a well-deserved success at the Stade de France.

As such, the French will be keen to kick-start their campaign when they come up against Croatia, in what is a repeat of the 2018 World Cup final.

Zlatko Dalić's side suffered a shock 3-0 defeat at home to Austria last time out, a setback that has left them propping up the section following the opening round of fixtures.

Whilst Croatia have demonstrated that they can go toe to toe with anyone and will be tough opponents for France, they could feel the wrath of a wounded Les Bleus beast on Monday night.

Croatia's nine-game unbeaten run was snapped by Austria on Friday and the bookies' odds suggest another defeat is set to follow, with a home win trading at 31/10 (SBK) while the draw is an unfancied 28/11 (SBK) with the same firm.

France, who defeated Croatia 4-2 to conquer the world four years ago, arrive in Split as even-money favourites with UniBet,

France are worthy favourites here but backing both teams to score looks like a more enticing alternative at 10/11 with UniBet.

Whilst Les Bleus boast quite the plethora of attacking talent within their ranks, collecting clean sheets remains an issue for Didier Deschamps' defence.

France have failed to shut out their opponents in five of their last nine competitive contests, conceding twice or more in three of those matches.

What's more, both teams to score punters would have pocketed profit on a sizeable six occasions across that nine-game sample.

Whilst Croatia underwhelmed last time out, they should be able to create chances here, not to mention they have made the net bulge at least once in 11 of their last 13 outings.

It's also worth pointing out that BTTS has banked in four of the hosts' last six assignments, so with all things considered, siding with the same approach in Split seems like a sensible solution at 10/11 with UniBet.

Elsewhere, I'll also head to the anytime goalscorer market and take the 13/10 on offer with William Hill for Karim Benzema to get on the scoresheet.

The French forward has been playing at the peak of his powers all season and after scoring yet another sublime goal on Friday night, he is a tempting play to repeat the trick against a Croatia team that have kept just one clean sheet in their last six attempts.

This UEFA Nations League match between Croatia and France will be played on Jun 6, 2022 and kick off at 19:45. Check below for our tipsters best Croatia vs France prediction. You may also visit our dedicated betting previews section for the most up to date previews.