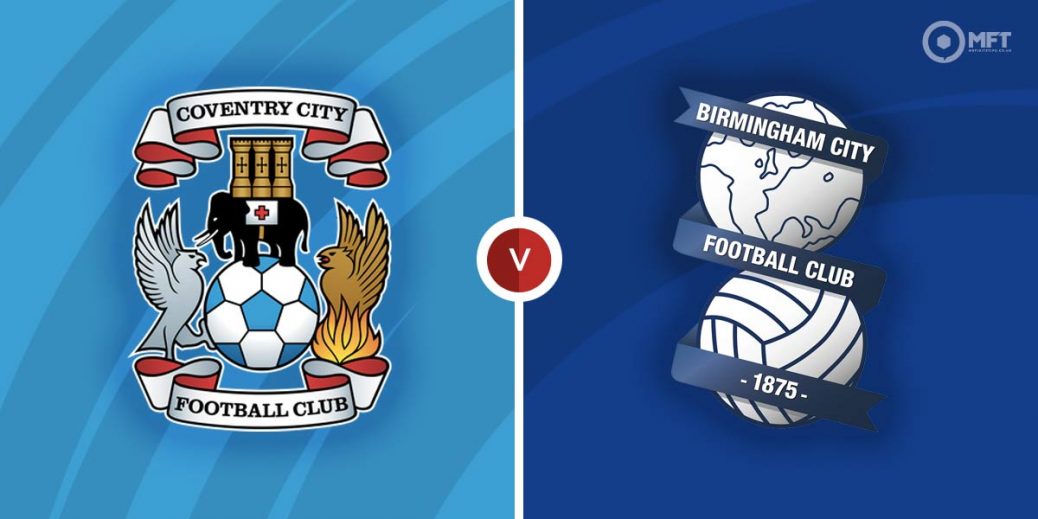 After being held at Sheffield United, Coventry City will be targeting a swift return to winning ways as they host Birmingham City on Tuesday in the English Championship. Home form has been pivotal for Coventry this season and they should have the edge over the struggling visitors.

Coventry City were not at their best last time out against Sheffield United but were still good enough to earn a 0-0 draw. Viktor Gyokeres missed a few chances in the first half and Coventry needed a number of late saves from goalkeeper Simon Moore to ensure a share of the spoils.

While the performance was not up to their usual standard, manager Mark Robbins will be pleased to have come away from Bramall Lane with a point. The result keeps them in the mix for a playoff spot and preserves their three-point lead over Huddersfield Town in seventh.

Coventry City will be full of confidence heading into Tuesday’s clash as they have suffered just one defeat in nine home matches this season. They have won seven times in that run, including a 4-1 victory over high flying Fulham.

Birmingham City travel to Coventry off the back of a 2-0 defeat at Hull City in their last Championship fixture. They were reduced to 10 men just before the break and were on the back foot for much of the contest.

It was the second straight Championship defeat for Birmingham City, who were also beaten 2-1 by Reading in their previous fixture. Those two results have seen them slip into the bottom half of the table, although they are not in any present relegation danger.

Birmingham City also have a poor record on their travels and have claimed just one win from their last seven away matches in the Championship. Lee Bowyer’s men have been beaten four times in that run and have also failed to score in five of their last six matches on the road.

Coventry City have the upper hand among the bookies and are priced at 10/11 by Skybet to claim the win on Tuesday. An unlikely victory for Birmingham City is priced at 18/5 by MansionBet, while betway is offering odds of 11/4 for a draw.

Birmingham City have a 15-12 advantage with 11 draws from 38 previous matches against Coventry City. Both teams battled to a 1-1 draw in their last Championship meeting back in January.

Matthew Godden came off the bench last time out against Sheffield United and could feature from the start on Tuesday. The striker has five goals in his last six matches and is priced at 7/4 by Vbet to score anytime.

Although Birmingham City often struggle to score away from home, Scott Hogan could be worth keeping an eye on. The striker has found the net three times in his last four matches and could be considered in the anytime goalscorer market at 11/4 with Vbet.

There were over 4.5 goals in Coventry City’s previous home match and a repeat is priced at 7/1 with BetVictor. Over 3.5 goals is valued at 14/5 with Paddy Power while over 2.5 goals could also be considered at 11/10 with bet365.

There was BTTS in the second half of Coventry City’s previous home fixture and Tuesday’s clash could be tipped to follow a similar pattern at 11/4 with Paddy Power.

This English Championship match between Coventry City and Birmingham City will be played on Nov 23, 2021 and kick off at 19:45. Check below for our tipsters best Coventry City vs Birmingham City prediction. You may also visit our dedicated betting previews section for the most up to date previews.