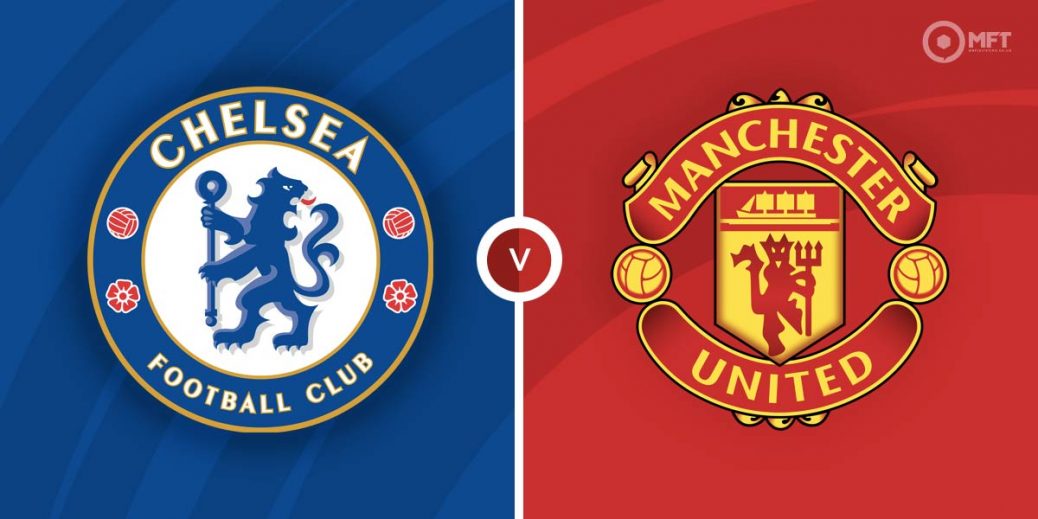 Caretaker Michael Carrick steered United to a 2-0 win in Villarreal in Tuesday, a result that sealed their place in the last 16 and brought up my bet of under 2.5 goals.

He will be in charge again for the trip to Stamford Bridge before handing the reins to Ralf Rangnick but it's hard to see the Red Devils getting anything from this game.

United weren't too convincing in Spain while Chelsea were at their brilliant best just 24 hours later as they dished out a 4-0 beating to Serie A giants Juventus.

Thomas Tuchel's European champions are building up a head of steam, going 10 games unbeaten in all competitions, and their eyes are fixed on Premier League glory after last season's surprise Champions League triumph.

Star strikers Romelu Lukaku and Timo Werner are now fit again after a spell on the sidelines but Tuchel has players chipping in with goals from all departments.

The Blues are also rock solid at the back and it looks like they will give Manchester City and Liverpool a serious run for their money in the title race this term.

It says everything about the malaise at Old Trafford that they are 5/1 outsiders here with Bet365 while even the draw is as big as 16/5 with Betfred. Chelsea are 8/13 with most firms which is far too skinny but backing them at -1 in the handicaps looks decent at 7/4 with Betfair.

Manchester United have bossed this fixture in recent seasons and have lost just one of their last nine games against Chelsea. Armchair fans will be hoping there's no repeat of last term when both Premier League meetings ended in 0-0 snorefests.

The Blues haven't won at home in the league against United since Alvaro Morata netted the only goal in 2017 (below).

Lukaku (below) would love to score against his old club and the Belgian heads the anytime scorer market at 11/8 with SkyBet. But I'm not sure if Tuchel will unleash him from the start so it might be wiser looking elsewhere for a Blues goal.

Marcos Alonso should deputise at wing-back for the crocked Ben Chilwell and he is always a threat from set-pieces. The Spaniard is 5/1 at Bet365 for a goal and 4/1 with McBookie for an assist.

Cristiano Ronaldo was United's hero in Europe once more in midweek but has scored just once in his last seven Premier League games. You rarely see him as big as 12/5 (Unibet) for anytime scorer and plenty of punters will fancy a nibble at that price.

Chelsea keep racking up the clean sheets and backing them for a win to nil has landed an incredible 12 times this season. I thought that bet was overpriced against Juve and it appeals again here at 9/5 with Boylesports.

Backing Blues corners paid off for me in midweek with my bet of over 6.5 coming up before the half-time whistle. They ended up winning 13 and have racked up 10 or more in their last three at home.

That makes over 10.5 match corners a good option at evens with SBK while backing Chelsea -3 in the corner handicap appeals at 7/5 with William Hill.

I wouldn't be surprised if we saw a few tasty tackles and Scott McTominay looks the best candidate to be carded at 11/4 with Unibet.

This English Premier League match between Chelsea and Manchester United will be played on Nov 28, 2021 and kick off at 16:30. Check below for our tipsters best Chelsea vs Manchester United prediction. You may also visit our dedicated betting previews section for the most up to date previews.