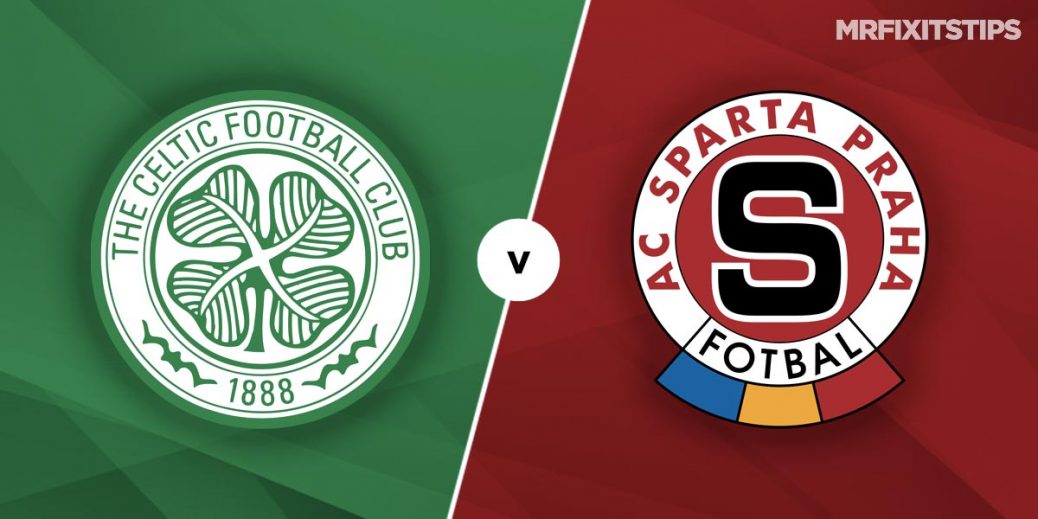 CELTIC appear to have come through their sticky spell and they will be looking to continue their upward progression when they play host to Sparta Prague on Thursday night.

Back-to-back defeats against Rangers and AC Milan, and a draw with Aberdeen saw Celtic at the centre of a storm, but there were signs of recovery from Neil Lennon's men in Lille last Thursday evening.

Indeed, the Bhoys blew a two-goal lead at the Stade Pierre Mauroy, however, the Parkhead clubs performance in northern France looked like a turning point for Lennon and Co.

The Hoops have since moved to within 90 minutes of securing an unprecedented quadruple treble following a 2-0 Scottish Cup semi-final win over Aberdeen last weekend.

Sparta Prague, meanwhile, were thumped 4-1 at home to Lille on matchday one before being put to the sword at the San Siro by a resurgent AC Milan.

Closer to home Vacal Kotal's side have started their Czech First League season in style – opening with six wins from six – and the capital club will be desperate to transfer their domestic form on to the continent in a bid to salvage their hopes of getting out of Group H.

Celtic have lost their last two home matches, however, the odds suggest the bookies are expecting an easy home win after pricing the Bhoys up at 1/2 with Betfred.

Sparta Prague have won just one of their last 11 ties in Europe's secondary club competition and the visitors are the unfancied underdogs at 11/2 with William Hill, while the draw is also deemed improbable at 7/2 with PaddyPower.

My recommended Bet Builder landed when Sparta Prague lost 3-0 in Milan last Thursday evening and I like the look of siding with a similar betting angle at Celtic Park.

The 10/11 combination that I like the look of when making use of William Hill's Build Your Odds is Celtic to score over one goal and Sparta Prague to collect over one card.

The Czech guests have shipped at least two goals in each of their last four Europa League assignments and I fancy Celtic to keep the feel good factor going on Thursday night.

Celtic's mini-revival has coincided with the return of talismanic duo Odsonne Edouard and Ryan Christie, and I suspect they will have the tools to trouble Kotal's creaky backline.

It's also worth noting that Czech domestic football has been suspended since early last month and that only adds to the appeal of backing the Bhoys to make the net bulge when they come up against a rusty Sparta Prague rearguard.

What's more, the Czech capital club have clocked up seven cards across their opening two Group H assignments and I'm more than happy to back a patched-up Prague outfit to pick up a couple of cards during this contest.

Given that Celtic are in must-win territory on Thursday night I'll also have a play on the hosts to win and under 4.5 match goals at 10/11 with Boylesports.

The Hoops qualification hopes could well hinge on the outcome of their crunch Europa League double-header with the Czechs and the above-mentioned combination has clicked in each of Celtic's last five victories across all competitions.

This UEFA Europa League match between Celtic and Sparta Prague will be played on Nov 5, 2020 and kick off at 20:00. Check below for our tipsters best Celtic vs Sparta Prague prediction. You may also visit our dedicated betting previews section for the most up to date previews.