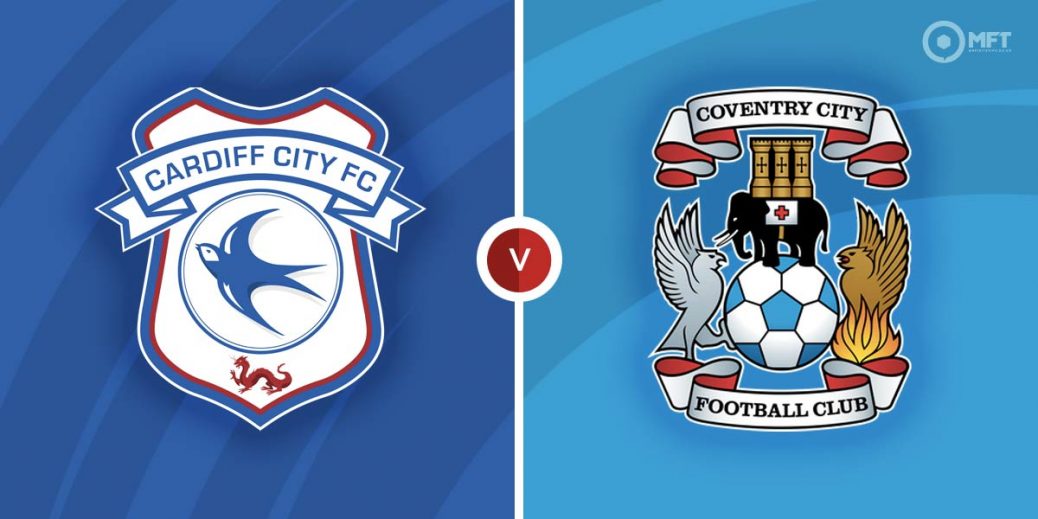 Cardiff City will be looking to keep their head above water as they host Coventry City in an English Championship fixture on Tuesday. Both teams have shown similar form in recent weeks and appear evenly matched at the moment.

The task for Cardiff City for the rest of the season will be to increase the 12-point gap above the relegation zone. There is a similar points difference between them and the top 10 and they will be looking to finish as close as possible.

The Welsh side suffered a 2-1 defeat at Millwall in their previous Championship fixture with Joel Bagan getting an injury time consolation. Cardiff had won their previous three matches before this defeat and will be keen to make a swift return to winning ways on Friday.

The Cardiff City Stadium has been a good hunting ground for Steve Morison’s men as they have won their last two home matches. Their most recent fixture in front of their fans was a 4-0 victory over Peterborough United.

Coventry City have also been in good form lately and travel to Cardiff unbeaten in three of their last four Championship matches. They are pushing for a place in the top half and are just one point behind Luton Town in 10th position.

Mark Robins’ men claimed a 3-2 victory over Reading in their previous Championship fixture. They fought back from a goal down with efforts from Dominic Hyam and Michael Rose giving them the lead before Ian Maatsen struck the winner midway through the second half.

That victory at Reading is a pointer to Coventry City’s fine showings on their recent travels as they have suffered just one defeat in their last seven away matches.

The bookies appear to be split on this one with a win for Cardiff City priced at 7/4 by Skybet while Vbet is offering 29/16 for a Coventry City victory. A draw is set at odds of 12/5 by betway.

There have been two wins each and as many draws from the last six matches between Cardiff City and Coventry City. Coventry claimed a 1-0 victory in the reverse fixture back in September with Viktor Gyokeres getting the only goal.

Cardiff City have multiple attacking threats and have spread their goals across the team this season. Striker James Collins often leads the line and could be tipped to get on the score sheet on Tuesday at 3/1 with betway.

Viktor Gyokeres is the leading scorer for Coventry City with 11 goals and the one to watch on Tuesday. The Swedish striker was on target in the reverse fixture and could be backed to once again find the net at 23/10 with Paddy Power.

The last meeting at the Cardiff City Stadium produced over 3.5 goals and a repeat could be on the cards at 3/1 with bet365. Over 2.5 goals is valued at 23/20 by betfair while SBK is offering odds of 5/6 on both teams to score.

The last meeting at the Cardiff City Stadium had more goals before the break and with both teams often making fast starts, the first half is likely to be the highest scoring half at 5/2 with Coral.

This English Championship match between Cardiff City and Coventry City will be played on Feb 15, 2022 and kick off at 19:45. Check below for our tipsters best Cardiff City vs Coventry City prediction. You may also visit our dedicated betting previews section for the most up to date previews.