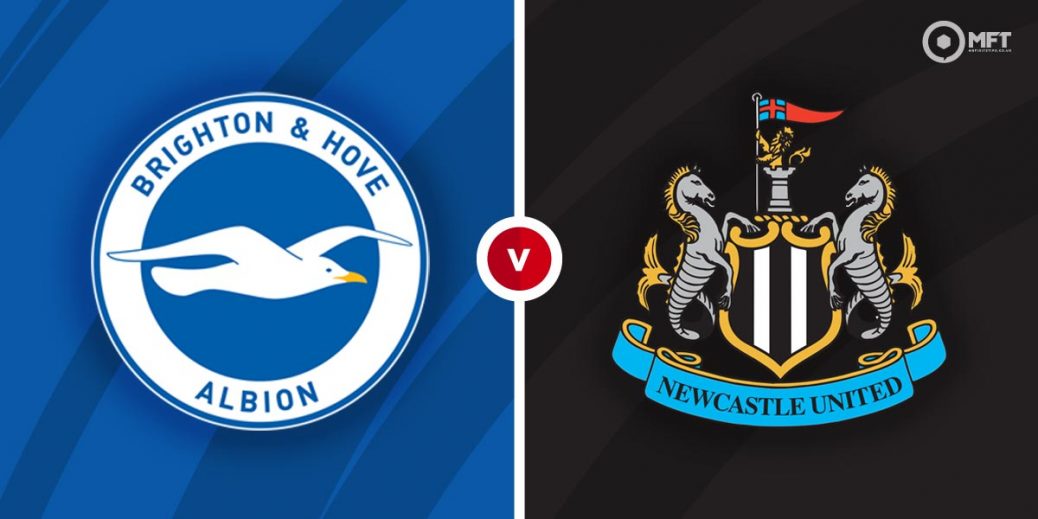 BRIGHTON welcome Newcastle to the Amex Stadium on Saturday night in what is a huge match at the bottom of the Premier League table.

Fulham's upturn in form has both of these teams looking nervously over their shoulders and this proverbial six-pointer could prove to be significant in determining who beats the drop.

Brighton boosted their survival hopes with a hard-fought 2-1 win at south coast neighbours Southampton last Sunday, on an afternoon where my both teams to score bet banked.

That triumph eased the Seagulls relegation fears but Graham Potter and Co will be desperate to take what would be a huge stride towards safety when Newcastle come to town.

The Toons relegation fears have intensified following a wretched run of just two wins from their last 17 top-flight tussles.

Indeed, the Magpies put the brakes on their nosedive down the Premier League table by battling to a 1-1 draw against Aston Villa last weekend, but their recent form will be a major concern for beleaguered Steve Bruce.

Brighton have won just one of their last 18 Premier League home matches but the Seagulls are huge favourites here at 8/13 with Bet 365.

Newcastle have drawn their last three Premier League matches and a repeat here pays 13/5 with BetVictor, while a Toon triumph is trading at 11/2 with BetVictor.

History shows that goals tend to be at a premium in this fixture – five of the last six meetings at this venue have featured fewer than three match strikes – and I suspect another low-scoring affair could be in-store on Saturday night.

What's more, eight of Brighton's last 11 league matches have produced less than three goals, while under 2.5 goal backers would have been rewarded in 12 of Newcastle's last 15 top-flight road trips.

A repeat here looks a bit skinny to put up at a general 4/6, however, combining under four match goals, over zero Brighton goals and over zero Newcastle cards looks like a nice way in at 20/21 with Bet 365.

Confidence-stricken Newcastle have conceded in 23/28 Premier League matches this season and the Magpies have kept just one clean sheet – a 0-0 draw with West Brom – across their last 14 league matches.

Brighton's woes in front of goal have been well-documented but they have notched in three of their last four outings at the Amex and I fancy them to breach Bruce's brittle backline on Saturday night.

Albion will be brimming with confidence following last Sunday's 2-1 success at Southampton and Potter's posse will view this fixture as a huge chance to take a big step forward in their battle to beat the drop.

I'll complete the Bet Builder by backing Newcastle to pick up at least once card during this high-stakes clash – Bruce's boys are averaging 1.85 bookings per game this season and they have clocked up two or more cards in 18/28 Premier League matches this season.

That train of thought could see value lie with the 10/11 on offer with Bet 365 for Newcastle to receive over one card during this crunch relegation clash – a bet that would have banked profit in three of Newcastle's last four Premier League matches.

This English Premier League match between Brighton and Newcastle will be played on Mar 20, 2021 and kick off at 20:00. Check below for our tipsters best Brighton vs Newcastle prediction. You may also visit our dedicated betting previews section for the most up to date previews.